Camille Thurman: "Waiting for the Sunrise"

I’d wager few audiophiles could tell you who won Record of the Year at last year’s Grammy Awards. But for many audiophiles, including this one, the best record of 2017 was obvious: Inside the Moment, jazz saxophonist/vocalist Camille Thurman’s debut side for Chesky Records. Inside the Moment, recorded live at New York City’s Rockwood Music Hall using Chesky’s Binaural+ technique, captured the sound and emotion of a jazz group in a small club as well as any album I’ve heard -- and Thurman’s talents on tenor and vocals left many listeners wondering how she’d been overlooked by the big (well, relatively speaking) jazz labels.

So it’s no surprise that Chesky released a follow-up, Waiting for the Sunrise, only half a year later -- although it is a bit of a surprise that Thurman could so quickly come up with another set of standards she’s mastered to a point where it sounds as if she’s been performing them for longer than she’s been alive.

Waiting for the Sunrise also features a completely different band: Cecil McBee on double bass and Jack Wilkins on guitar, both of whom were well-established jazz artists before Thurman was even born; fellow veteran Steve Williams on drums; and trumpeter Jeremy Pelt, a relative youngster with only ten albums under his own name. It’s a more restrained vibe than on Inside the Moment, which included relatively edgy young players such as Mark Whitfield on guitar and Ben Allison on double bass. 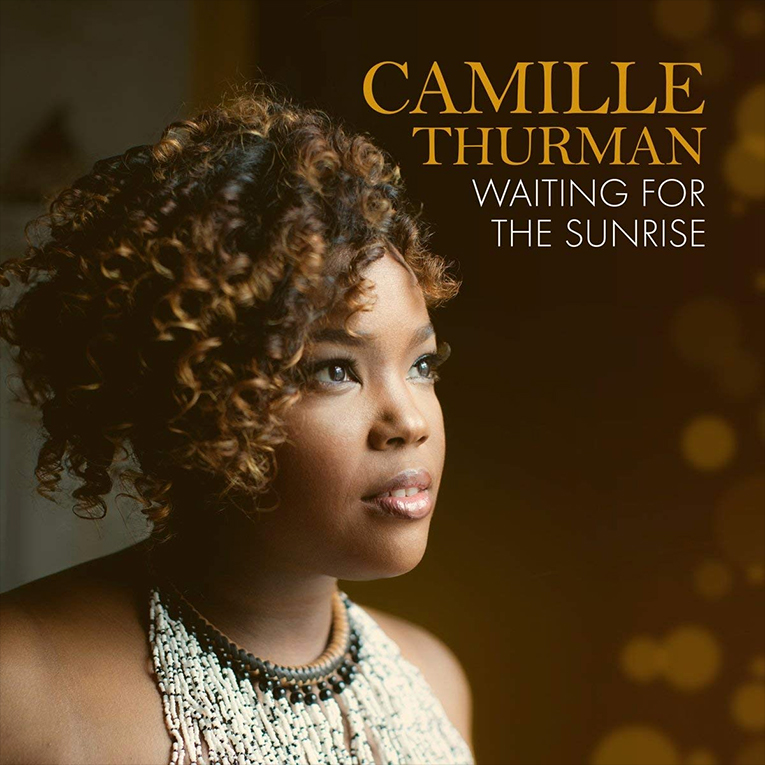 Not only is the band different, so is the recording aesthetic. Like Inside the Moment, Waiting for the Sunrise was recorded using a binaural microphone -- essentially a dummy head with a microphone in each ear, which yields a big, spacious sound when heard through headphones. But the new album was recorded in the large, reverberant, and (apparently) empty Hirsch Center, located in Brooklyn, New York. As with most Chesky recordings, the relative level of the instruments is set not with knobs, but by moving the quieter instruments closer to the mike and the louder ones further away. This technique also makes the louder instruments sound more reverberant.

To put it in a way jazz fans will grok, this is no Rudy Van Gelder recording -- but it was never intended to be. Thurman’s voice sounds intimate because she’s right up on the mike, but she seems to back off quite a ways when she switches to saxophone for her solo on “September in the Rain” -- and the contrast is compelling, as her tenor echoes through the spacious hall. Williams’s drums sound even more ambient, as if they were 20’ behind Thurman, while McBee’s bass seems to be right at her side. Pelt’s flugelhorn solo on “Easy to Love” almost sounds like he’s playing it from the other side of the hall. Yet to me, it all jells into a coherent sound that I found comfortable and fun to listen to.

Thurman’s saxophone playing mostly takes a back seat on Waiting for the Sunrise; the focus is on her vocals. But that’s OK. As I listened to her build her scat solo from a mellow croon to soaring high notes through two of the long 40-bar choruses of “After You’ve Gone,” I found myself genuinely moved -- something I’ve never previously experienced with scat singing. For me, Thurman’s singing excels because she simply conveys emotion through melody rather than trying to dazzle or impress her listeners.

I can promise you’ve never heard a recording that sounds like Waiting for the Sunrise, so it’s a must-have for audiophiles on that basis alone. And if you have even the remotest interest in jazz vocals, don’t miss this one. 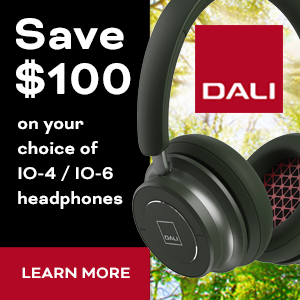 Brent Butterworth 2 hours ago How Audio Writers are Killing the Audio Industry
@todd fettermanThank you so much, Todd! But Soundstage deserves a lot of credit, they've been doing ...

Brent Butterworth 11 hours ago How Audio Writers are Killing the Audio Industry
@Rudi I think TapeOp is one of the best magazines I have ever read. Agreed that ...

Brent Butterworth 12 hours ago How Audio Writers are Killing the Audio Industry
@Chris LaunderKudos to Harry Pearson for conceiving such an appealing idea and message. But his construct ...

Graham Boswell 1 days ago How Audio Writers are Killing the Audio Industry
Excellent piece. Somebody had to come forward and say the emperor has no clothes. Its ...

Carlo Lo Raso 1 days ago How Audio Writers are Killing the Audio Industry
This is a good piece and, while I largely agree with it, I think putting ...

Rudi 1 days ago How Audio Writers are Killing the Audio Industry
@Doug SchneiderSoS has the best mix of good gear reviews and studio stories. TapeOp on the ...

Doug Schneider 1 days ago How Audio Writers are Killing the Audio Industry
@RudiGreat insight. The publications and how they operate are on a case-by-case basis.
BTW, interesting you ...

Chris Launder 1 days ago How Audio Writers are Killing the Audio Industry
I remember reading Stereo Review back in the late seventies and wondering , is Julian ...

Rudi 2 days ago How Audio Writers are Killing the Audio Industry
@RudiI appreciate the replies, fellas. I worked for a company called Sonarworks for 5 years ...

Doug Schneider 2 days ago How Audio Writers are Killing the Audio Industry
@RudiBeing inside the hi-fi press for so long -- I don't only put the blame ...