The Base Audio G12 headphones represent something many people (including me) thought impossible: high-end headphones with excellent fit and finish, made in the US, and priced at just $349 USD. Few people realize how challenging this task is. A business associate of mine who builds boutique tech products in the US recently told me that a Chinese factory quoted him a price that was less than a third of what it currently costs him to manufacture his products. So for Base Audio to build reasonably priced, nicely finished headphones in the US is remarkable.

Headphone enthusiasts may recognize similarities between the G12 and Grado SR325e ($295, plus $39.95 for a case) headphones, which are also US-made. Both headphones are about the same size, and use an open-back design, dynamic drivers, and inverse cone-shaped earpads made from open-cell foam. The acoustical effect of this design is to nearly eliminate any influence from the earpads, so the headphones effectively hover just outside your ears. 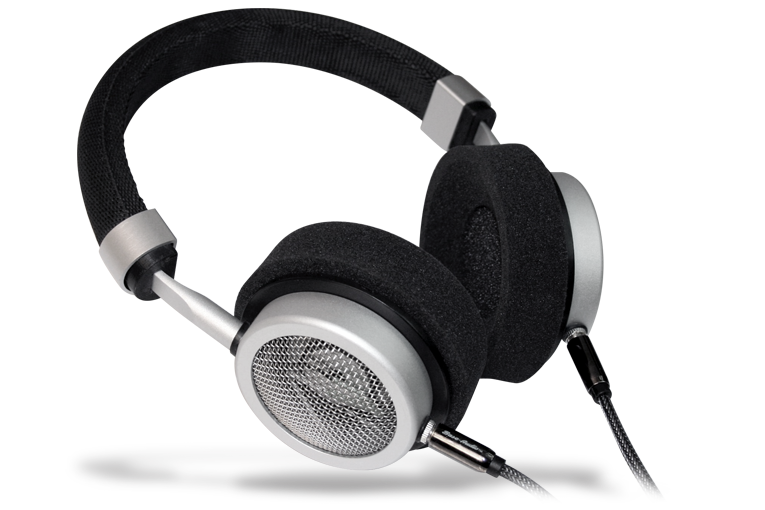 The earpieces on both models fold flat for easy transit, too. I suspected at first glance that the G12s might be an adaptation of a Grado design, in the same way that many headphone companies have sold adaptations of Fostex professional headphones, but they’re not. The G12s’ industrial design is completely different, and according to Base Audio, they use an all-new driver design.

The G12s are more sophisticated in their industrial design than the consciously retro Grados. They use a conventional-looking headband rather than the “World War II radio operator” aesthetic Grado employs, and the matte finish of their aluminum parts has a more refined look.

With a rated sensitivity of 105dB and impedance of 32 ohms, the G12s should be easy for any source device to drive. The earpads’ shallow inverted-cone shape means they press against your earlobes, making the G12s fall somewhere in between an over-ear and an on-ear design. Aftermarket pads with larger ear cavities are available for $15.

Going into this review, two questions loomed in my mind: 1) How does the G12s’ sound compare with other open-back models in the low three figures? and 2) Are the G12s any more comfortable than the SR325e’s?

The G12s come with a compact travel case that’s only 2" thick, so it’s slim enough to slip into a suitcase or a laptop bag -- but of course, because sound leaks in through their open backs, they’re impractical for portable use. They come with two cables: a 3.9' (1.2m) fabric-covered cable that terminates in a 1/8" (3.5mm) plug at each earpiece, and another 1/8" plug at the source end; and a generic-looking 9.75' (3m) cable terminated the same way. A 1/4"-to-1/8" plug adapter is included. 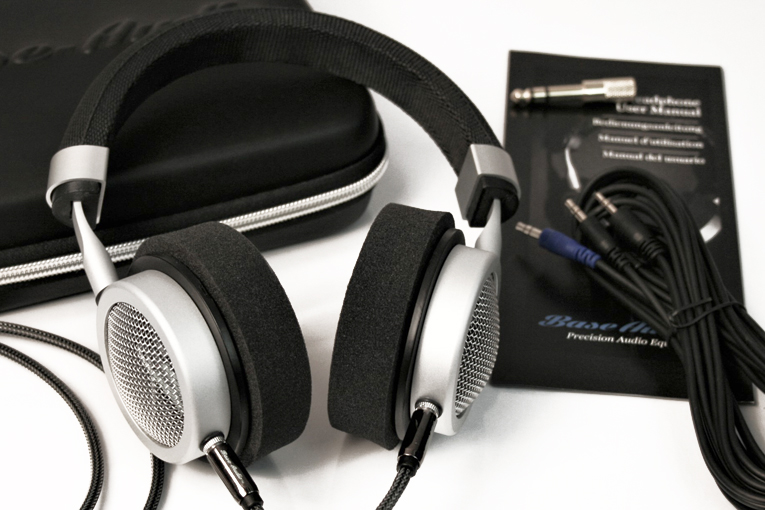 With any headphones that use Grado-style earpads, the inescapable question is How comfortable are they? It depends on whom you ask. For me and John Higgins, one of my two outside testers for this review (more on that later), the earpads felt a little scratchy, as expected, but the clamping force on the G12s was light enough that the headphones weren’t really what we’d call uncomfortable. For LeRena Major, my other outside tester, the G12s were super-comfortable, and she couldn’t stop raving about how much she loved the design.

LeRena and I tried using the optional larger pads, which come with elastic bands that fit in the slot that holds the earpads and serve to block the headphones’ vents -- a technique intended to balance the loss of bass caused by the larger pads moving the drivers farther from your ears. Unfortunately, blocking the vents doesn’t get the job done, because the G12s sound uncomfortably bright and thin with the larger pads and the elastic bands installed. So stick with the stock pads.

To me, one of the big questions when trying headphones is Do they let me hear into the recording? And by that I mean, do they clearly present and distinguish all the elements of a recording while maintaining a natural tonality? In the case of “Chanel (Go Get It),” by Young Thug featuring Gunna and Lil Baby (from Slime Language, 320kbps Ogg Vorbis, Young Stoner Life Records / 300 Entertainment / Spotify), I could definitely say yes. It’s a typical hip-hop production, with lots of ultra-deep bass tones and the way-overused high-hat sound from the Roland TR-808 drum machine, but the G12s revealed the wonderful spaciousness in the keyboards and the echoing vocals, and portrayed the voices with exceptional clarity (well, at least the voices that weren’t Auto-Tuned). I can’t pretend this is music I love; I listen to hip-hop when I’m testing headphones because I know a lot of people do listen to it. But the G12s brought out the creative touches in this mix so clearly that I listened to it several times over. 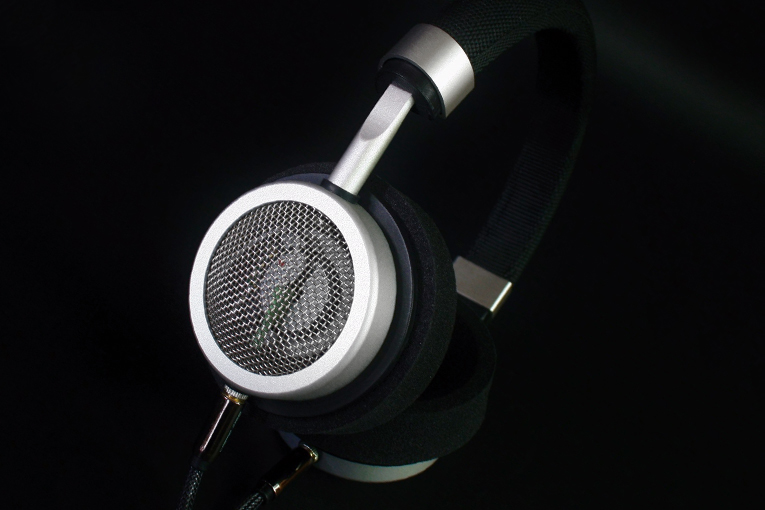 Saxophonist Doug Webb’s version of “I Concentrate on You” (from Triple Play, 256kbps MP3, Posi-Tone Records) gave me a little more insight into the G12s’ sound, while also benefitting from the same excellent clarity that made “Chanel (Go Get It)” sound so compelling to me. The three tenor saxophones -- Webb plus Walt Weiskopf and Joel Frahm -- were easy to pick out in the recording despite their similarities in tone. The G12s also imaged Brian Charette’s Hammond organ very clearly; it felt embodied, as if I were sitting in front of its speaker. I did feel, though, that the bass (provided by the foot pedals on the organ) sounded a little light. In this case, I was using my Samsung Galaxy S9 phone as a source, running the Samsung Music app, so I went into the app and turned the single tone knob one notch counterclockwise, toward the bass side. This gave the tune a touch more oomph while maintaining the precise imaging and clarity I heard on the saxes.

I suspected that the G12s’ imaging would sound amazing on “After You’ve Gone,” from vocalist/saxophonist Camille Thurman’s Waiting for the Sunrise (16-bit/44.1kHz AIFF, Chesky). And certainly, it was delightful to hear the G12s place Thurman, guitarist Jack Wilkins, bassist Cecil McBee, and drummer Steve Williams precisely at their different distances from the binaural microphone Chesky uses, and to hear the huge reverberance of Brooklyn’s Hirsch Center, where the album was recorded. 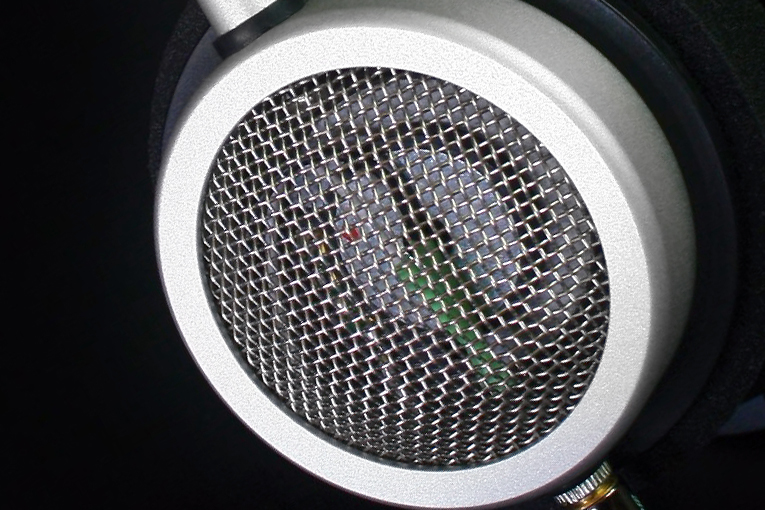 But even more exciting for me was hearing how right the G12s got McBee’s bass. Usually, a double bass is miked with a cardioid (directional) microphone near the right-side F-hole, but with Chesky’s technique, the bass is at a greater distance from the mike, and the microphones in the binaural dummy head have no proximity effect. Thus, the double bass sound on Waiting for the Sunrise is more like hearing a real double bass at a distance of a few feet; there’s none of the boom you get from the proximity effect of the microphone. The G12s got this sound completely right: I heard all the detail in McBee’s playing with just the right amount of body.

I felt that a bigger, more complex production might give me a different insight into the G12s’ sound, so I put on the Frank Sinatra / Count Basie recording of “I Only Have Eyes for You” (from The Complete Reprise Studio Recordings, 320kbps Ogg Vorbis, Reprise/Spotify). On this recording, I could clearly hear that the G12s’ treble was fairly prominent. It didn’t sound like a spike in the treble; more like the entire treble range was elevated by about 2dB -- much as if you raised the level of a tweeter in a speaker slightly. I loved the detail this voicing brought out in the horn section, and appreciated that the treble didn’t seem to obscure the bass or make the recording sound thin, but Sinatra’s vocals and the flute that accompanies the vocal definitely sounded bright.

For a comparison test of the G12s, I brought in two outside listeners: John Higgins, who holds a masters in music performance from USC and has served as a frequent contributor to Wirecutter and Sound & Vision; and LeRena Major, a Los Angeles saxophonist who’s held several positions in the music business and is a voting member of the National Academy of Recording Arts & Sciences. We compared the G12s with two similarly priced open-back headphones: the HiFiMan HE400i’s (now $189) and Monoprice M650s ($149.99).

I felt that in comparison with the other headphones, the G12s clearly were biased more toward the upper midrange and treble, but because the boost seemed to be spread evenly over the top three octaves (2.5 to 20kHz), it didn’t fatigue or annoy me the way headphones with distinct, narrow treble peaks or dips often do. The M650s had a fuller, better-rounded sound, but they didn’t bring out the details as well as the G12s, and they didn’t produce quite as much sense of space. The HE400i’s also had a better-rounded sound, but they seemed to have a relatively narrow boost in the upper mids or low treble that made voices sound a little bright, and their bass didn’t seem to be as well-defined as the G12s’. 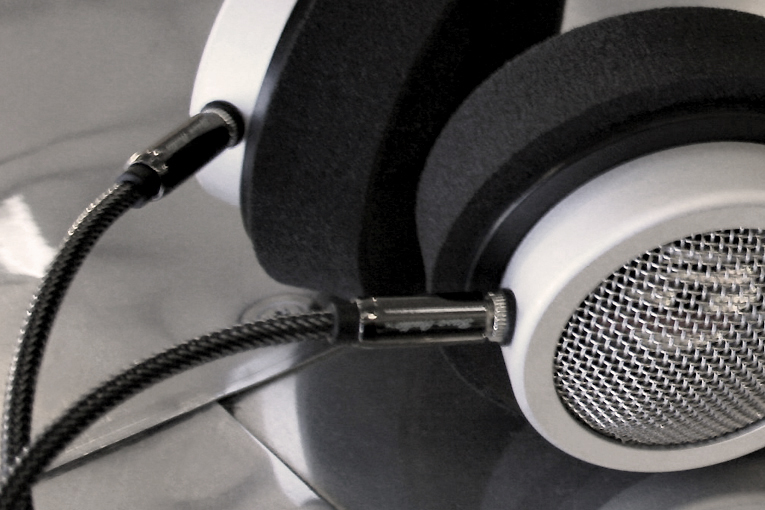 Unfortunately, I didn’t have any Grados on hand to make a direct comparison, but I’ve owned a couple of them and have heard many more. To me, Grados sound either a little on the bright side but pleasing overall (the SR80e’s, for example), or way too bright (the SR225e’s, for example). The G12s are definitely more like the Grados I like than the ones I don’t like.

John seemed to more or less agree with me; he didn’t like the fact that the G12s’ sound lacks the body of many of the other inexpensive open-backs he’s heard, but he thought their clarity was excellent. LeRena liked the M650s’ sound slightly better -- she found the added bass gave the sound a greater sense of envelopment -- but she said she’d much rather own the G12s because their combination of sound quality and design made them her overall favorite. John gave them a 6, LeRena gave them an 8, and I gave them a 7.5, for an average of 7. But the applicability of that rating to you depends on your taste. An average listener will probably want more bass, and might agree more with John’s score. But if you’re more of the audiophile bent and you want to hear a little extra treble, you might rate the G12s a 9.

Brent Butterworth 10 days ago Audeze iSine10 Earphones
@MauroHi, Mauro. I don't think the in-ears in this case add anything in particular relative ...

gzost 12 days ago HEDD Audio HEDDphone Headphones
They are by an obscure brand, but full-range AMT has been done before - https://precide.ch/eng/eergo/ergo2.htm
Not ...

Mauro 13 days ago Focal Elegia Headphones
My take for those that might be interested buying Elegia’s:
They have an incredibly clear midrange ...

Mauro 18 days ago Audeze iSine10 Earphones
Hi Brent,
do these in-ears add something more to the sound compared to over-ear's?
Have you ever ...