Electrostatic headphones seem to live in the shadow of planar magnetics, even though the two are similar in many ways. Why aren’t electrostatics getting more love? Because they’re kind of a pain. They need an amplifier that can provide hundreds of volts of charge to the electrostatic membrane that is part of each driver, so you can’t plug them straight into a smartphone or laptop. The HiFiMan Jade IIs might help the electrostatic category get a little more love -- not because they’re any less of a hassle than other electrostatic headphones, but because they’re only $2500 USD for the headphones and the amp. That’s far from cheap, but considering that the best-known headphones in the category, the Stax SR-009s, cost about $5000 with an amp, and many new planars cost $3000 or more, the Jade IIs seem like something of a bargain.

Why bother with electrostatics? Because they have the potential of being the best possible headphones. The thin membrane diaphragm has a light conductive coating, which has less mass than the voice coil attached to the diaphragm of a planar-magnetic driver. This lower mass should give an electrostatic model more extended frequency response and quicker transient response relative to a planar magnetic -- although I hesitate to generalize, because as any experienced audiophile can tell you, a set of MartinLogan electrostatic speakers doesn’t exhibit clear superiority to a set of comparably priced and sized Magnepan planar-magnetic speakers.

Generalizations about the weight of electrostatic headphones are pretty safe to make, though. They’re probably the lightest audiophile-grade headphones you can find. For example, the Jade IIs weigh just 365 grams, while HiFiMan’s comparably sized (and commendably lightweight) HE1000 V2 planar magnetics weigh 420 grams, or 15 percent more. This light weight means less clamping force is required to hold the headphones in place on your head, and less clamping force means greater comfort. 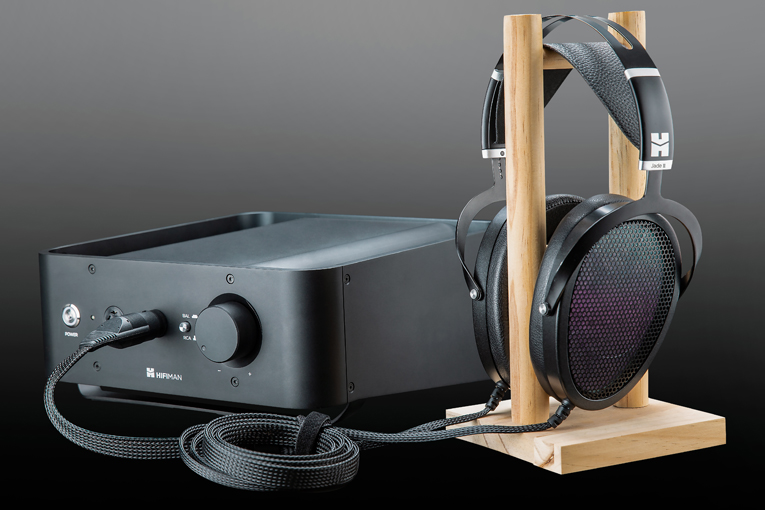 The amp that HiFiMan supplies with the Jade IIs is not light, though. Its thick aluminum chassis contributes to its 14.3-pound weight. It has XLR jacks for balanced input, and sturdy RCA jacks for unbalanced input. The front panel has just the input selector, the power button, a volume knob, and two five-pin headphone outputs that conform to the Stax standard. This means you can use some other brands of electrostatic headphones with the HiFiMan amp, and you can use the Jade II headphones with some other amplifier brands. To that end, HiFiMan offers the headphones separately for $1399, and the amp separately for $1599.

Let’s find out if the Jade II’s sound is worth the inconvenience of having to use it with a dedicated amp.

HiFiMan provides only the Jade II headphones (which have an integrated, non-removable cable), the amp, and an AC power cord. 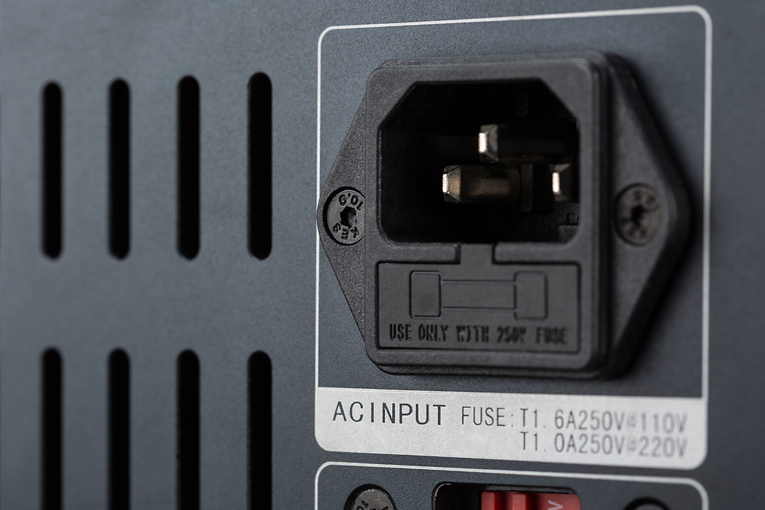 That’s not to say they’ll work for everyone, though. Listening panelist John Higgins noted that the huge earpads used on the Jade IIs, HE1000 V2s, and many other HiFiMan models are so large that they tend to hang down below his cheekbones.

I’ve been a little obsessed with bassist/vocalist Casey Abrams’s great new album, Jazz (16-bit/44.1kHz FLAC, Chesky), so I had to see how it sounds through electrostatic ’phones. I liked a lot of what I heard from the Jade IIs on “I’ve Got the World on a String,” but what I liked best was the bass. The bottom end through the Jade IIs wasn’t powerful, but it was direct and clean, with no boom or overhanging notes. For this recording, Abrams used a rented Czech-Ease bass, which has about half the internal volume of a standard double bass. I’ve tried one and found it delightful to play, but the laws of physics prevent it from sounding as full and powerful as a big bass. So the way the Jade IIs portrayed the bass sound on this recording is probably correct.

Through the HE1000 V2s -- which certainly do not have a reputation as bassy -- the bass boomed as if it were miked directly, with the mike too close to one of the soundholes. As you can see in the photo accompanying my story about Jazz, none of the many microphones Chesky used were anywhere near the soundholes. I also noticed, at about 43 seconds into the tune, a booming sound like a kick drum being accidentally kicked with a tennis shoe. I’m not sure what the sound actually was, but it was clearly audible (and annoying) through the HE1000 V2s, and almost inaudible through the Jade IIs. I’m fairly confident that had Chesky’s engineers heard this bump, they would have fixed it or selected an alternate take, so my guess is that they didn’t hear this through whatever presumably excellent speakers and headphones they used to monitor the recording. 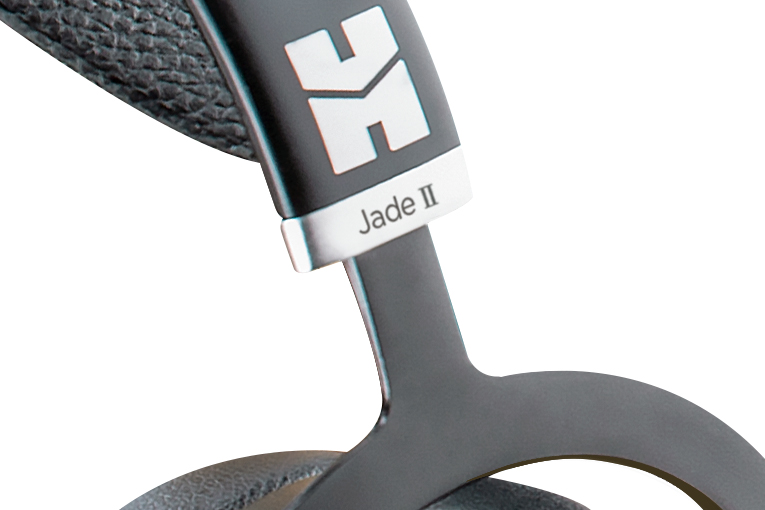 Of course, there’s more to a recording (this one, at least) than bass -- but the Jade IIs got all that other extraneous stuff right, too. The trumpet, guitar, and vocals in “I’ve Got the World on a String” all sounded smooth and natural, with none of the high-frequency accentuation and “ringing” that David Chesky derided when I interviewed him for my Jazz article. Abrams’s voice, in particular, sounded wonderfully uncolored, detailed, and real. It’s possible that the HE1000 V2s gave me a slightly bigger sense of space, but if they did, it was subtle, and I suspect it was due to differences in the headphones’ frequency responses rather than to some inherent character of their driver technologies.

The tight, balanced, and smooth sound of the Jade IIs also worked great for “Snake Hip Waltz,” from saxophonist Branford Marsalis’s new album The Secret Between the Shadow and the Soul (16/44.1 WAV, Sony). Listening to this tune through the Jade IIs, I couldn’t think of anything I didn’t like about the reproduction. Every instrument, from the kick drum to the double bass to the piano to the sax to the cymbals, had what seemed to me to be an appropriate level in the mix; nothing drowned anything else out. Through the HE1000 V2s -- which have ranked among my and many other reviewers’ favorite headphones since their 2016 introduction -- the bass was again a little boomier, the piano receded deeper and more distant into the mix, and Marsalis’s tenor sax dominated the band. How do I know the Jade IIs got closer to correct on this one? I don’t, but I seriously doubt that at this mature point in his career, Marsalis feels the need to dominate his band the way the HE1000 V2s made him do.

As well balanced as the Jade IIs sound with most material, they -- like almost all other audiophile headphones -- aren’t the ideal choice for everything. For example, “Flyin’ High,” from ZZ Top’s kick-ass, Rick Rubin-produced La Futura (16/44.1 WAV, American Recordings / Universal), just didn’t groove through the Jade IIs, because they lacked the necessary bass extension and power to convey the sound of bassist Dusty Hill’s fat, heavy blues-rock sound. Billy Gibbons’s vocals sounded as clear and clean as Casey Abrams’s did, but his guitar sound lost some of its dynamics. 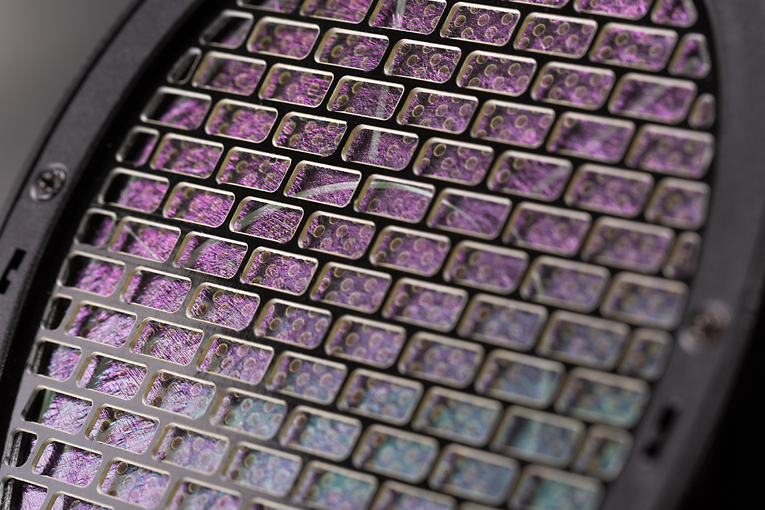 I also noted on “Flyin’ High” that while the Jade IIs played pretty loud with their matching amplifier, they didn’t really crank out the acoustical power that most headphones can deliver, even with the volume turned all the way up. That might be a good thing -- listening loud might be fun, but it’ll inevitably take a toll on your hearing. Still, I know some listeners will want the option of occasionally listening to a tune at concert levels, and the Jade IIs don’t really do that.

As I did more listening with the Jade IIs, occasionally swapping them out with the HE1000 V2 and the Audeze LCD-X headphones, I came to the conclusion that there wasn’t a whole lot of sonic difference between the two HiFiMan models. The HE1000 V2s definitely had more (and boomier) bass, while the Jade IIs seemed to have a stronger treble response -- I heard a little more twang and ring in the acoustic guitar on James Taylor’s Live at the Beacon Theatre (16/44.1 WAV, copied from the DVD soundtrack, Sony). The Jade IIs also sounded subtly recessed in the midrange compared with the HE1000 V2s, something I noted in the Marsalis recording and many others. 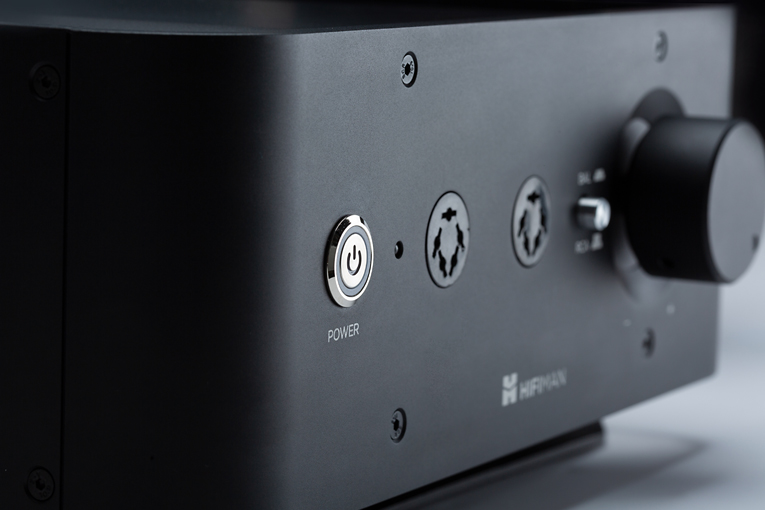 Generally speaking, I preferred the sound of the Jade IIs, but that’s not to say I’d necessarily buy the Jade IIs instead of the HE1000 V2s -- personally, I prefer a set of headphones that’s easier to lug around, because I use them in many rooms of my home and occasionally take them elsewhere.

To get a different take on the Jade IIs, I ran them past our usual listening panelists: LeRena Major, a Los Angeles saxophonist who’s held several positions in the music business and is a voting member of the National Academy of Recording Arts & Sciences, and John Higgins, who holds a master’s in music performance from USC and has served as a frequent contributor to Wirecutter and Sound & Vision.

Both LeRena and John generally liked the Jade IIs, even though John complained about the large earpads. “From the first listen, I loved the way they made me feel surrounded,” LeRena said. “Of all the headphones I’ve tested with you, these are definitely among the best. The HE1000 V2s are almost as good, though. If I listened to one blindfolded, and I took them off and you gave me the other model, I might think you gave me the same one again. But for me, the Jade IIs sounded a little clearer throughout the audioband.” 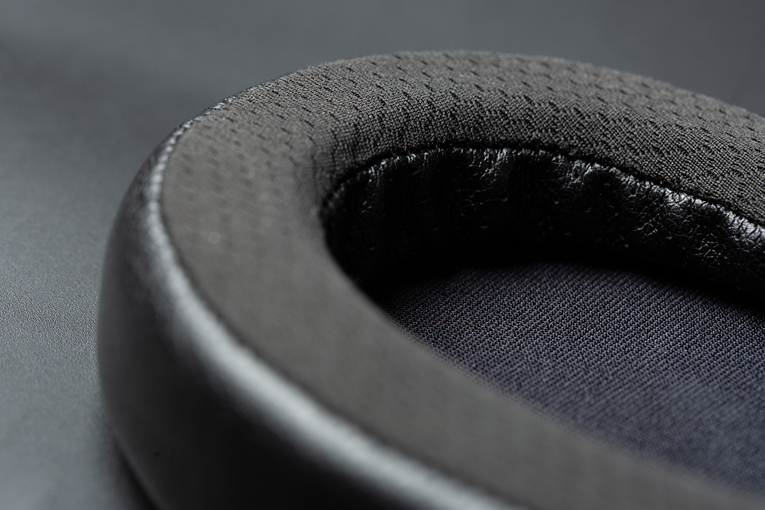 John also preferred the Jade IIs to the HE1000 V2s, and noted that with headphones this large, portability doesn’t matter and the necessity of using an electrostatic headphone amp isn’t a downside. “For $2500, this is a good option,” he concluded.

Simply put, the Jade IIs sound great. They’re best suited for jazz, classical, light pop, and all the stuff audiophiles listen to, but my guess is if you’re considering headphones like this, those are your favored genres, anyway. As long as you don’t mind being tethered to a big, heavy amp, the Jade IIs will deliver a rewarding and comfortable listening experience.