I’d kind of sworn off reviewing Monoprice products on SoundStage! Solo for a while, because I’ve reviewed so many lately -- three headphones, one set of earphones, and two headphone amps. It’s been hard to resist because the company just keeps upping the ante, getting into pricier models and embracing advanced technologies at a staggering rate. And when I recently had the chance to hear four new models, and run some quick measurements of them, I found one that I just couldn’t resist reviewing -- the Monoprice Monolith M1570 headphones ($599.99, all prices USD).

Most of Monoprice’s audiophile headphones have been going after the low-to-mid-three-digits range dominated by lower-priced models from the likes of HiFiMan, Sennheiser, and Beyerdynamic. But the open-back, planar-magnetic M1570s are clearly going against tougher opponents. They look rather like a more mass-produced version of Audeze’s LCD-X headphones ($1699), with fat, plush lambskin earpads, large earpieces, and the same four-pin, locking XLR connectors the LCD-Xes use. 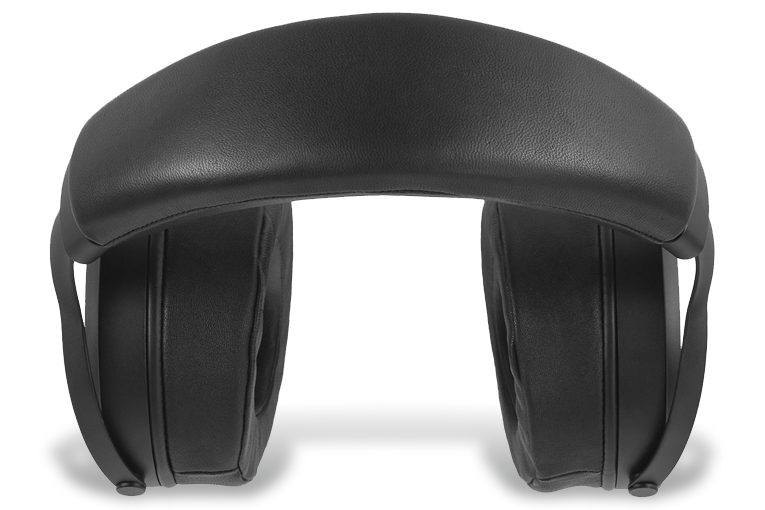 The driver in the M1570s is 106mm (4.2"), so it’s the same size as the one in the LCD-Xes. Impedance is rated at 60 ohms (which is fairly high) and sensitivity at 96dB (which is fairly low), which suggests these headphones will need an external amplifier or DAC-amplifier, or a high-quality portable music player, to sound their best.

In addition to the lambskin earpads, the M1570s include a set of velour earpads, which will change the feel and the sound. (Check the measurements to see how they compare.) It includes one 6' (1.8m) cable with a 1/4" (6.3mm) plug on the source end. Monoprice says it will soon offer an optional cable with a four-pin XLR balanced connector on the source end. The package also includes a 1/4"-to-1/8" (3.5mm) adapter. Although the M1570 earpieces use the same mini XLR connector as the Audeze LCD-X ’phones, Monoprice says the pin-out is different, so aftermarket cables designed for the LCD-Xes will not work with the M1570s.

When it comes to the parts that touch the sides of your head, the M1570s are wonderfully comfortable. The lambskin pads are plush and clamping force is light. However, the headphones are also extremely heavy: without the cable and with the lambskin pads, they weigh 1.412 pounds (644g) on my scale, versus 1.392 pounds (631g) for the LCD-Xes, which I’ve sometimes referred to as “big bruisers.” You can get excellent headphones that are about half that weight, such as the Dan Clark Audio Æon 2 Closeds, which weigh 0.728 pounds (330g). I more or less got used to the M1570s’ bulk, but I’m a pretty big guy; listening panelist LeRena Major found it tough to tolerate after about 20 minutes. Another issue is that the light clamping force isn’t enough to prevent the heavy headphones from moving around on you when you turn your head quickly. 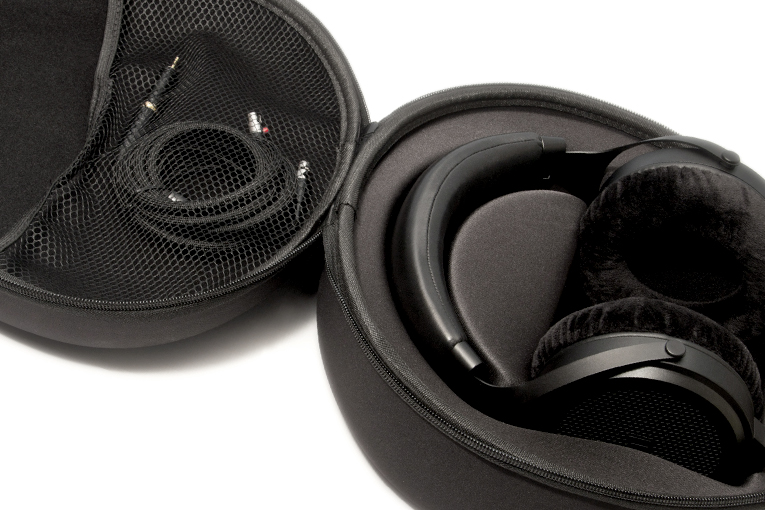 With the velour pads on, I found the M1570s even more comfortable on my ears. The sound is similarly good with the velour pads, but somewhat brighter than with the lambskin ones. I’d probably have enjoyed switching between pads to get the best sound for whatever recording I was listening to, but changing the pads is difficult. As with many other headphones, each pad has a thin flange around the edge; this flange slips into a slot along the outer edge of each earpiece, and you install the pad by slipping it into a notch and spinning it around until the flange threads into the notch all the way around. The problem here is that the notch is very tight, so you have to work the flange in slowly and gently. You’ll probably want to settle on one pad and stick with it.

The specs suggested my Samsung Galaxy S9 phone would struggle to drive the M1570s to useful levels, but I was able to get a very comfortable listening level from this combo. I found out later that the M1570s’ sensitivity specification is extremely conservative; check out my measurements through the link at the top of the page for more on that.

To my ears, the sound of the M1570s with the lambskin earpads is basically neutral, with just a little hint of an edge in the treble. Somehow the velour pads, despite their mildly elevated treble, don’t seem to exacerbate this character, and they create a sense of a bit more “air” and detail. The lambskin pads also add a little extra kick and punch in the bass that I didn’t feel was necessary. With most material, I slightly preferred the velour pads. 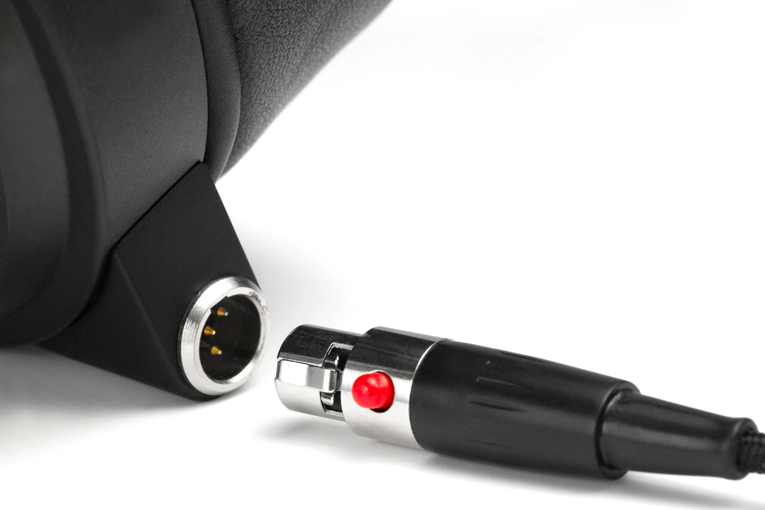 With either set of pads in place, it’s easy to just sit back and listen to an entire album without being distracted by sonic anomalies. That’s exactly what I did when I put on trumpeter Jeremy Pelt’s new release The Art of Intimacy, Vol.1 (16-bit/44.1kHz FLAC, HighNote/Qobuz). It’s a mellow side in general, but Pelt’s slightly spitty-sounding muted trumpet on “Always on My Mind” would probably have annoyed my ears a bit when heard through treble-boosted audiophile headphones. But it didn’t through the M1570s, except perhaps at a couple of loud peaks in the next tune, “I’ve Just Seen Her,” when I had the velour pads in place. (And really, aren’t trumpets supposed to annoy your ears a bit?) Peter Washington’s double-bass solo on “Always on My Mind” was like a textbook version of what a miked double bass should sound like, with crystal-clear pitch, no boom, and no exaggerated string noises or clicks -- much like what I hear when I hear a really good bassist with a fine instrument and steel strings at a distance of just a few feet. When I switched to the lambskin pads, the bass took on a punchier character -- more like that of the relatively cheap Chinese plywood bass I started with.

Cécile McLorin Salvant’s rendition of “Sam Jones’ Blues” (Dreams and Daggers, 16/44.1 FLAC, Mack Avenue / Qobuz) has been a recent favorite of mine for headphone testing, because it’s a realistic recording of weird instrumentation: a rinky-dink-sounding piano and drumsticks played on a piece of wood or a drum rim. I compared the M1570s (with the lambskin pads this time) with several models I’ve recently reviewed: the Andover Audio PM-50s ($499), the Audeze LCD-1s ($399), and the Dan Clark Audio Æon 2 Closeds with their stock earpads ($899.99). The M1570s gave me much to rave about -- an intimate sense of space, a neutral tonal balance, and well-defined, full bass -- and nothing to complain about. Other headphones did have slight advantages in places; in particular, I’d say the Æon 2 Closeds made McLorin Salvant’s voice sound a little clearer, although they were a tad bass-shy on this recording. 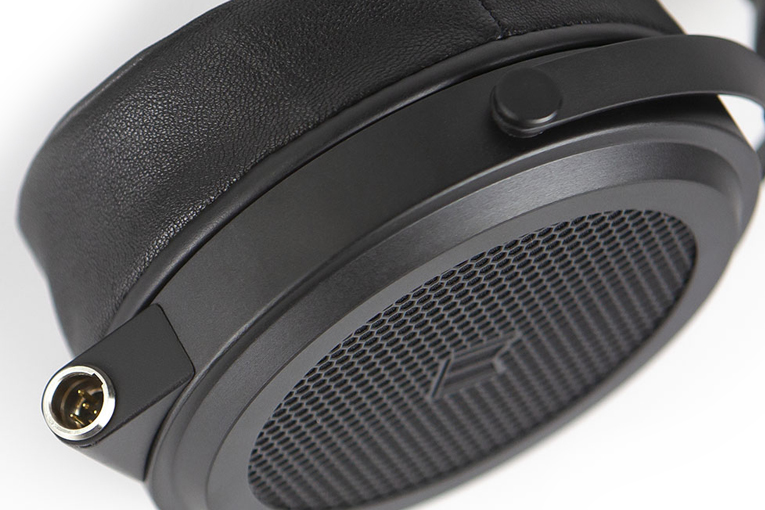 To give the M1570s a different challenge, I played Haim’s new single, “The Steps” (16/44.1 FLAC, Columbia/Qobuz). It’s heavily produced but, unlike most modern pop, appears to be performed entirely with real instruments rather than MIDI controllers. I loved the way the M1570s reproduced this rather pumped-up production. There was a huge sense of space, yet the sound was still focused; the guitar riff in the tune sounded like it was coming from an amp just a few feet away from me. The bass reproduction was effortless; even the kick drum, which sounds like a big drum tuned very low, sounded clean and tight, and the electric bass pumped out a solid groove. It wasn’t all about groove, though -- I could hear the trio’s voices distinctly and clearly in the mix.

I could go on, but as I scan a few days’ worth of listening notes, I see that every one of my negative comments relates to the weight of the headphones or the difficulty of changing the pads. There are places where some headphones I had on hand beat out the M1570s sonically in certain ways, but they’re few and far between.

For the foreseeable future, the M1570s are the last headphones for which I’ll be able to solicit the impressions of a listening panel. Literally a day before California’s shelter-in-place order was issued, I was able to do a listening session with LeRena Major, a Los Angeles saxophonist who’s held several positions in the music business and is a voting member of the National Academy of Recording Arts and Sciences. I fitted the M1570s with the lambskin pads, thinking their slightly punchier bass would be to her liking, and asked her to compare them to the Audeze LCD-X and the Dan Clark Audio Æon 2 Closed headphones with their stock earpads, and to the Andover Audio PM-50s. 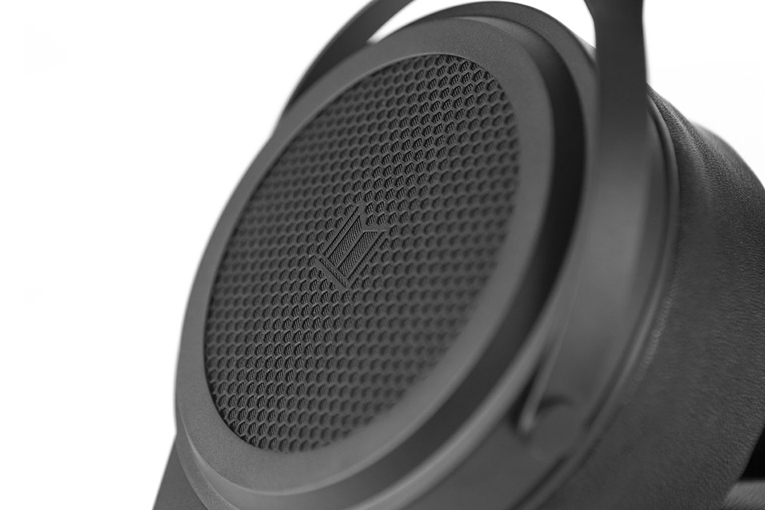 She liked all of the headphones, but she preferred the M1570s to all but the LCD-Xes, mainly because the other models had a little less bass than she preferred. “These have the low-end punch that I think any headphones should have, but they also have a good balance,” she said. “It’s just a really solid pair of headphones with a much richer sound overall than I’m used to hearing. They are tonally very similar to the Audeze LCD-Xes; I don’t really have a preference for one or the other. The only thing I don’t like about these is that they’re very heavy.”

I would say the M1570s are Monoprice’s first truly world-class headphones. Sonically, there’s really nothing not to like. Ergonomically, there are some things not to like. Economically, they’re a very good deal. Of course, it’s up to every audiophile to prioritize performance versus price versus comfort, but I doubt many, if any, listeners will be disappointed by the sound of the M1570s.