When the Audeze LCD-1 headphones debuted a couple of months ago, I was deeply disappointed -- in myself. I’d reviewed the company’s products for years, but never really stopped to ponder why there were LCD-2s, LCD-3s, and LCD-4s, but no LCD-1s. Maybe I assumed it was an early attempt that never came to market. Regardless, the LCD-1s ($399 USD) are here -- but these are radically different headphones from what we’d normally expect of Audeze.

Unlike the big, heavy bruisers that put Audeze on the map, the LCD-1s wouldn’t attract even a flicker of attention if you wore them on the subway or at Starbucks. At a distance, they resemble mid-line models from AKG, Bose, Sennheiser, and the like. So they don’t mark you as an audiophile. Strike one. 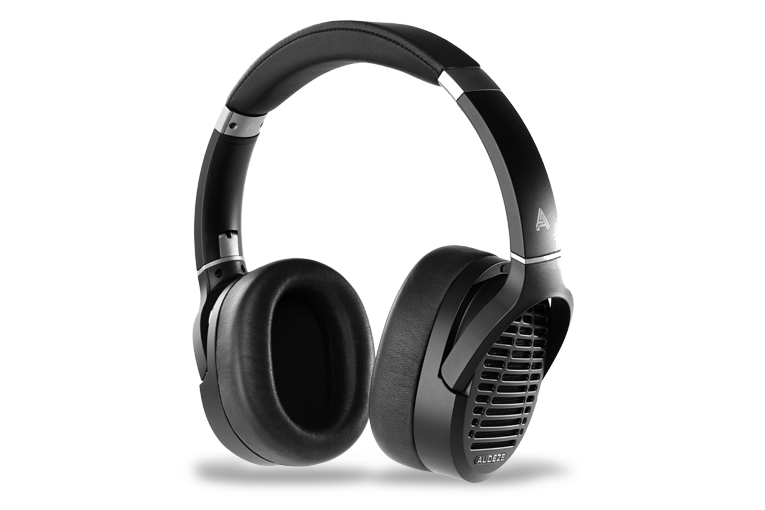 But inside, the LCD-1s are completely unlike mass-market headphones. They use planar-magnetic drivers, which feature a voice coil laminated onto a thin diaphragm and flanked by magnetized, perforated plates; as an audio signal travels through the coil, it moves the diaphragm to produce sound. (Mass-market headphones use dynamic drivers, which are essentially just miniaturized speakers.) Manufacturers have come up with many variants on this basic design. Audeze describes the LCD-1s’ drivers as using “a single-sided array of fluxor magnets and fazors instead of perforated stators,” in the pursuit of better efficiency and lighter weight.

They’re an open-back design, which means that all the sounds of the subway, the office, and the airliner cabin will creep in nearly unimpeded -- which will interfere with the music and also likely demand a louder listening level. So while they can fold almost as compactly as Bose’s QC35 II noise-canceling headphones, their utility for portable use is questionable -- you may get a sound quality boost relative to mass-market headphones, but in even a moderately loud environment, such as a bus, any advantage in sound quality will likely be obscured by the increase in noise.

The LCD-1s come with a travel case that, while cool-looking, represents a missed opportunity. At just 1.6" (40mm) thick, the headphones would fit into a case about the size of the slim one Bose provides with the QC35 IIs. Yet the case measures a chunky 3.7" (92mm) thick -- too fat to fit comfortably in a laptop bag. 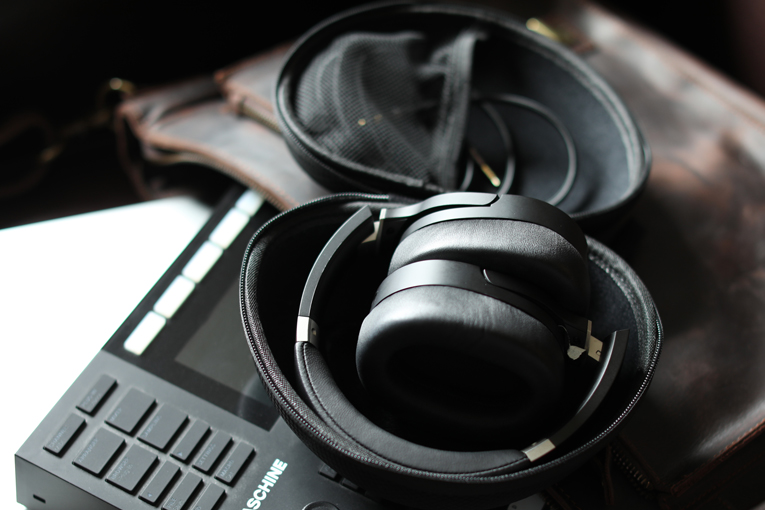 The included cable measures 6.8' (2.1m), long enough for typical home use but short enough so that portable use won’t be a pain. It’s tipped on the source end with a 3.5mm stereo plug, and on the headphone end with two 3.5mm stereo plugs. Finding replacement or alternative cables should be easy.

The LCD-1s’ relatively small size means tighter space for your earlobes: about 1.5" by 2.5" (38mm by 64mm), compared with 1.8" by 2.8" (46mm by 71mm) for Audeze’s LCD-X headphones. They were big enough to accommodate the earlobes of all our listeners, but for me and listening panelist John Higgins, just barely. Still, the plush, leather-covered memory foam earpads make the LCD-1s comfy enough to wear for a couple of hours.

The LCD-1s are more sensitive than most planar-magnetic designs -- my Samsung Galaxy S9 smartphone had enough power to get them cranking to very loud levels, and they seemed to maintain their tonal balance and sound quality when I used them with the phone versus an external amp. 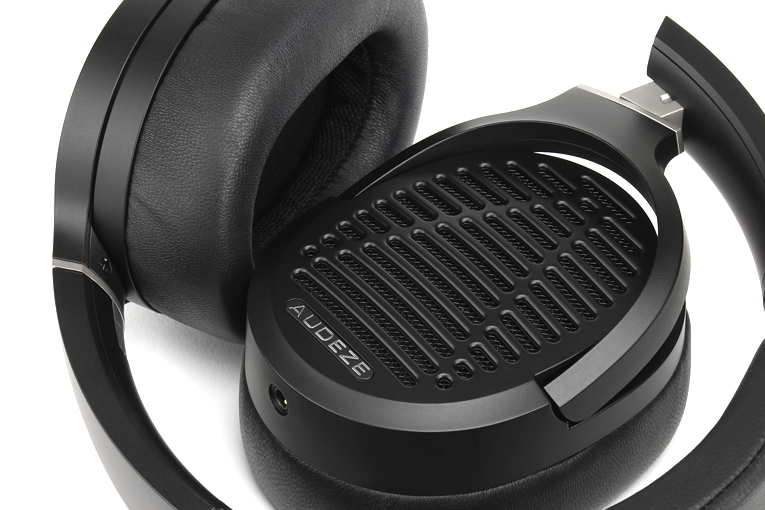 I did bring the LCD-1s with me on a couple of trips to Starbucks, although I simply folded them flat and stuck them in my laptop bag rather than using the supplied case. Although they did essentially nothing to block the sounds of Starbucks (conversation, espresso machines, mellow singer-songwriter tunes), those sounds in this case weren’t loud enough to distract me much.

It was readily apparent to me that the LCD-1s, while they do have some characteristics I like and some I don’t, are essentially neutral-sounding headphones with no obvious colorations and a generally natural sound. So far, so good.

Playing Ludovic Morlot and the Seattle Symphony’s performance of Ravel’s “Pavane pour une Infante Défunte” (Ravel Orchestral Works / Saint-Säens Organ Symphony, 16-bit/44.1kHz FLAC, Seattle Symphony Media / Qobuz), the LCD-1s sounded natural and full, with no frequency-response anomalies that caught my immediate attention. I liked the sense of space I heard; it wasn’t as dramatic as I’ve heard with many larger audiophile headphones, but it was pleasing and unexaggerated, and didn’t detract from the headphones’ sonic focus. 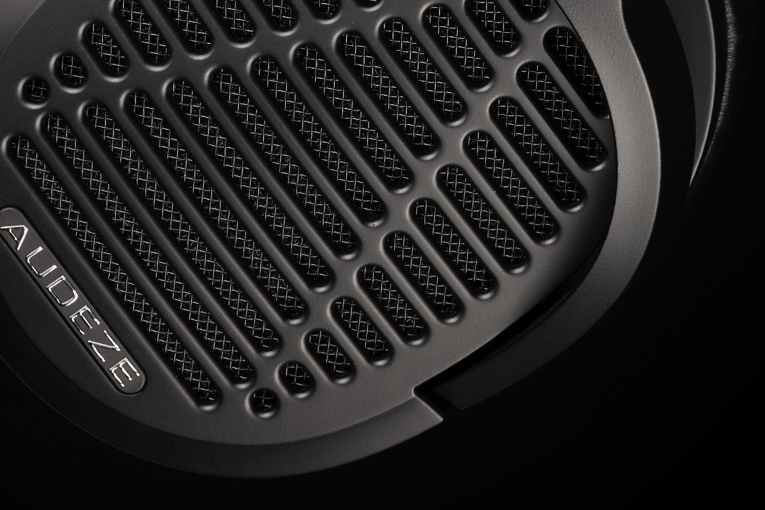 Compared to several other headphones I had on hand (including the AKG K371s and Monoprice M570s), the LCD-1s had perhaps the most natural tonal balance for orchestral works; they didn’t show the somewhat thin character in the upper bass that I noted in the K371s. I did note that the LCD-1s, while sounding similar to the M570s, seemed to have a little more upper-midrange energy. Whether this is better or worse is hard to say, but I can say it made the English horn in the Ravel piece stand out a bit more. So if you’re one of the dozen English horn enthusiasts out there, these are definitely your headphones.

Rapper Lil Baby’s voice on his single “Woah” (320kbps Ogg Vorbis, Quality Control Music / Spotify) wasn’t quite as clear as it was through the AKG K371s, but it did sound a little fuller, and the LCD-1s’ mildly warmer and fatter sound was more along the lines of what I’d like to relax to on a quiet Sunday morning. Open-back planar magnetics sometimes sound thin when playing hip-hop, but there was nothing thin-sounding about the LCD-1s at all. I’m not sure what “natural” means with a hip-hop record (most of them are recorded with few or no real instruments), but my reaction to hearing “Woah” through the LCD-1s was, “I guess this sounds about right,” and nothing I heard when I played “Woah” through other headphones changed my mind. 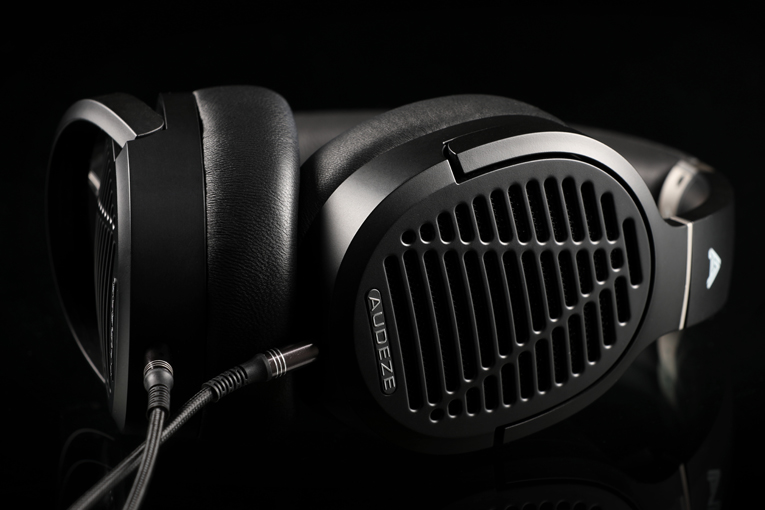 Jazz/pop singer Madeleine Peyroux’s “Don’t Wait Too Long” (Careless Love, 16/44.1 FLAC, Rounder/Qobuz) sounded, as my notes said not very insightfully, “Really nice” through the LCD-1s. I didn’t think they could quite match the sense of space I heard through the AKG K371s. Peyroux’s voice sounded a little less open (or, you could say, more congested) through the LCD-1s, and the K371s’ bass sounded tighter. But the LCD-1s’ more ample upper bass and overall fatter sound won me over in the end. “It’s like a mellower-sounding version of the AKG headphones,” I noted.

My comparison of the AKG K371, the Audeze LCD-1, and the Monoprice M570 headphones might have been the first occasion in which I compared three headphones that sounded similar enough to make picking a favorite difficult. I probably liked the overall tonal balance of the LCD-1s most of all three models -- voices always sounded naturally full, bass was never lacking, and treble was clear. However, on James Taylor’s live version of “Shower the People” (16/44.1 WAV, digital copy from the Live at the Beacon Theatre DVD, Sony), Taylor’s voice sounded a little small and congested, and the less spacious sound seemed to make the different elements of recordings move toward the center of the mix.

But my listening panelists felt a bit differently about the LCD-1s . . .

Both of my usual outside panelists had a chance to compare the LCD-1s with several other headphones. First up was John Higgins, a film composer who holds a master’s in music performance from USC and has served as a frequent contributor to Wirecutter and Sound & Vision. Next was LeRena Major, a Los Angeles saxophonist who’s held several positions in the music business and is a voting member of the National Academy of Recording Arts & Sciences.

John came as close with the LCD-1s as he ever does to raving about headphones. “They’re a little sibilant, but overall I prefer these to the AKG and Monoprice models in minor ways. There’s a great width to the soundfield, and a nice snap to the upper mids, and male voices also sound exceptionally warm through these.” 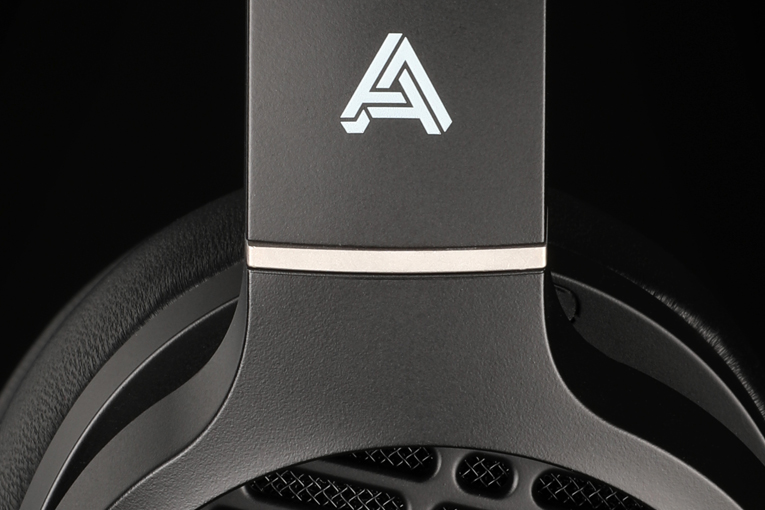 LeRena had a hard time differentiating between the LCD-1s and the AKG K371s: “They both sound very good, and very similar. I felt I had to turn the Audezes up a little louder than the AKGs in order to get a big, spacious sound, but otherwise they’re very close.”

Although I liked the sound of the LCD-1s, LeRena and John were more positive about them overall -- they raved about how wide the soundstage was, and they found the sound to be more open. It’s worth noting that they are both more than a decade younger than I am; as I noted in my recent blog post about the Harman Curve, research has found that listeners over age 50 (like me) prefer a slightly different sound.