Lutefisk, Dua Lipa, AIAIAI: three foreign entities I’ve been dimly aware of yet never really taken the chance to check out. Dusty shelves of my memory hold vague recollections of AIAIAI headphones encountered in various European places -- perhaps at the IFA show in Berlin, or in the electronics stores of Munich or Prague, or worn by passengers on the London Underground, or featured in the pages of What Hi-Fi? magazine. I was curious about them, mostly because of the cool name (pronounced “aye-yi-yi”), but the Danish brand’s negligible presence in North America discouraged me. Then out of the blue, I got an e-mail from the brand’s PR rep, which suggested my home continent was at least on AIAIAI’s battle maps, so I immediately asked for a set I could listen to.

They responded with the TMA-2 HD Wireless headphones, which employ an unusual modular design that arrives in its box unassembled. You get two speaker units (earpieces), two earpads, a headband, and a cable (which is optional for wireless versions). It’s your job to snap them all together. For prices ranging from $145 to $350 (all prices USD), depending on options, you can cherry-pick from a wide selection of available parts, including five speaker units, six headbands (two with Bluetooth), four earpad styles, and 12 cable options. 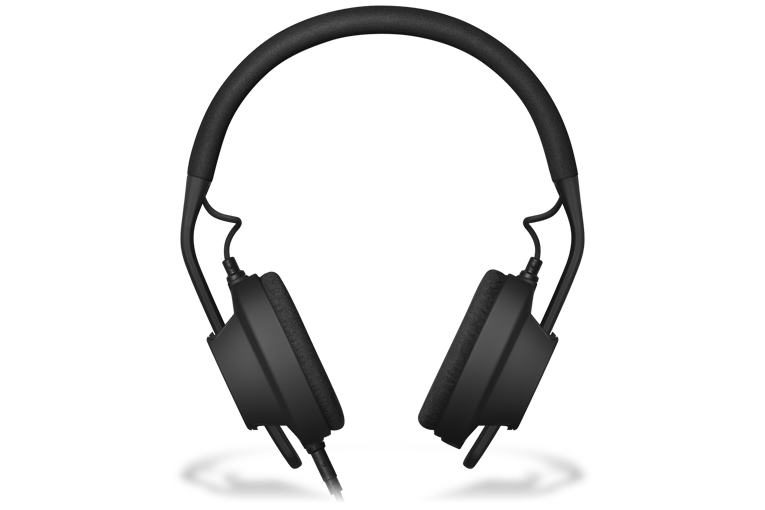 The idea behind the modular concept is that if you want to upgrade in the future, or replace a broken component, all parts are available individually. Thus, you don’t have to throw out your headphones, and you can save a little money and put one less thing in the landfill.

The $350 TMA-2 HD Wirelesses comprise two S05 speaker units, which use a 40mm biocellulose driver in each earpiece that promises “detailed” sound; the H05 Bluetooth headband, which includes the coveted aptX HD and AAC codecs; the E08 earpads, which are covered in Alcantara pseudo-suede fabric; and the C15 cable, a 4.9' (1.5m) upgraded cable with a 1/8" (3.5mm) stereo plug on each end plus a threaded 1/8"-to-1/4" adapter.

The TMA-2s, in any version, should be no great chore for any source device to handle. Rated sensitivity varies among speaker units, but the S05s I received are rated at 113dB for 1mW of power, with a rated impedance of 32 ohms.

The TMA-2 HD Wirelesses include the components listed above, all packed in their own envelopes. Of course, what your TMA-2s include depends on what version you order. 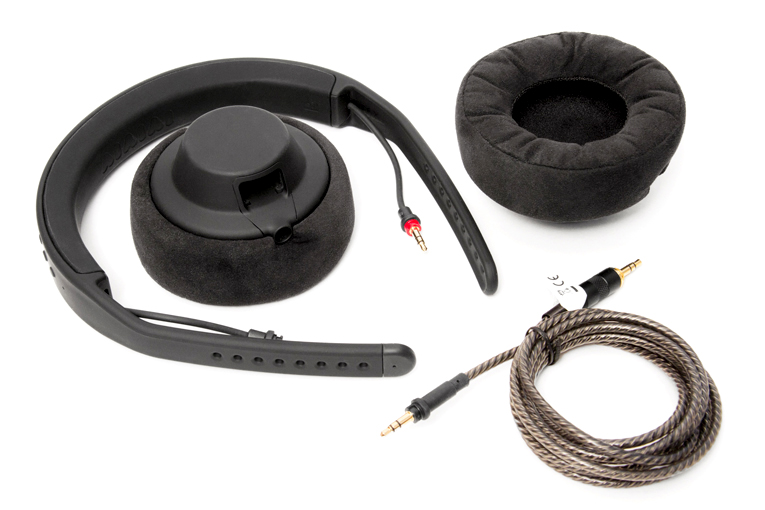 Putting together the TMA-2s isn’t difficult and shouldn’t even require looking at the instructions. What does require instruction is the operation of the H05 Bluetooth headband, which has a USB-C charging jack, an LED, and three unlabeled buttons. The middle button is for power on, play/pause, and track skip. The top and bottom buttons are for volume control; the top button doubles as the power-off button.

The clamping force of the headband is fairly strong, but the soft feel and generous sizing of the earpads made this less of an issue. Because the headband is made from molded plastic, there’s no way to stretch it out for a looser fit. 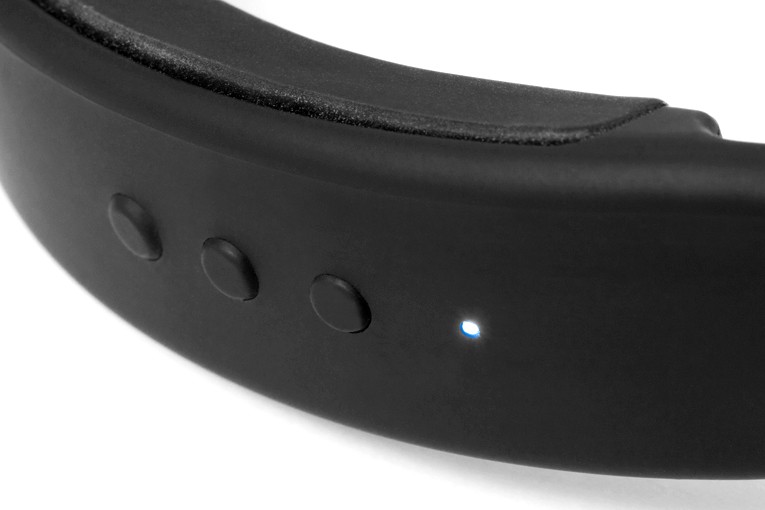 I’d describe the TMA-2 HD Wireless headphones -- and any other TMA-2 variant using the same speaker units and pads -- as having a somewhat mellow tonal balance, with a clear midrange, full bass with an extra dose of upper bass, and a mildly soft treble. To me, it sounds like a balance tuned for an audience that prioritizes long-term listening pleasure over the urge to hear every last little detail in a recording.

I liked this balance best on dynamic pop recordings with a lot of rhythmic kick, such as Colombian/Canadian artist Lido Pimienta’s “Eso Que Tu Haces” (Miss Colombia, 16-bit/44.1kHz FLAC, Anti-/Qobuz). Recordings like this, with an insistent beat, a lot of white noise in the synth sounds, and a high female voice, can be grating through many headphones when they’re played loud, but the TMA-2s gave me an ample volume without blaring. I preferred the TMA-2s’ balance on this tune to that of any of the other modestly priced closed-back headphones I had on hand, including the AKG K371s and the Atlantic Technology FS-HR280s. I thought the TMA-2s struck a great blend between having a full balance and sounding detailed and spacious. This is tough to do because elevating the bass tends to obscure the highs, and attenuating the bass accentuates the highs. For what it’s worth, it made me want to listen to my favorite tune on Miss Colombia, “Te Queria,” at least a dozen times. 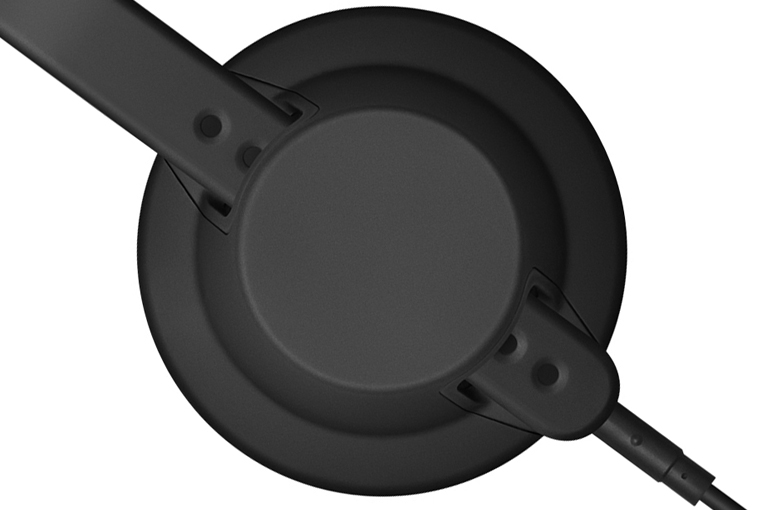 This balance also worked well on most rock music. On the Fabulous Thunderbirds’ “Runnin’ Shoes” (What’s the Word?, 320kbps Ogg Vorbis, Takoma/Chrysalis/Spotify) -- granted, it’s not exactly rock, but it’s certainly blues-rock -- the TMA-2s sounded perfectly balanced, with ample kick in the bass and clear vocals, guitar, and harmonica. Neither the AKG K371 nor the Sony MDR-7506 headphones got the balance quite as right -- the K371s sounded too light in the bass, and the MDR-7506es had a relatively “smiley” response, with excessive punch in the bass and somewhat glaring reproduction of the vocals and guitar. Through the TMA-2s, I wanted to listen to all the rest of What’s the Word? But through the others, I grew fatigued.

The sound of the Thunderbirds’ earlier, simpler productions tends to fill up most of the audio spectrum, so I used What’s the Word? to see how much the tonal balance differed between Bluetooth and wired modes. When I tried switching between wired and wireless modes, I thought I could maybe hear a slight difference, but if I heard anything, it wasn’t much and it didn’t make me favor one mode over the other.

The extra warmth in the upper bass and the relatively soft tone of the treble don’t work as well for sparser recordings, though. On Lucinda Williams’s “Bad News Blues” (Good Souls Better Angels, 24/96 FLAC, Qobuz), a recording comprising voice, acoustic and electric guitars, a simple bass line, and an elemental drum beat, the TMA-2s sounded nice, but switching to the other headphones cited above brought out more detail in the acoustic guitar, more snap in the snare drum, and more of the reverb on Williams’s voice. Pulling down the 125Hz and 500Hz sliders on my Samsung Galaxy S10 just 2dB each did much to clarify the sound and let more of the treble shine through. 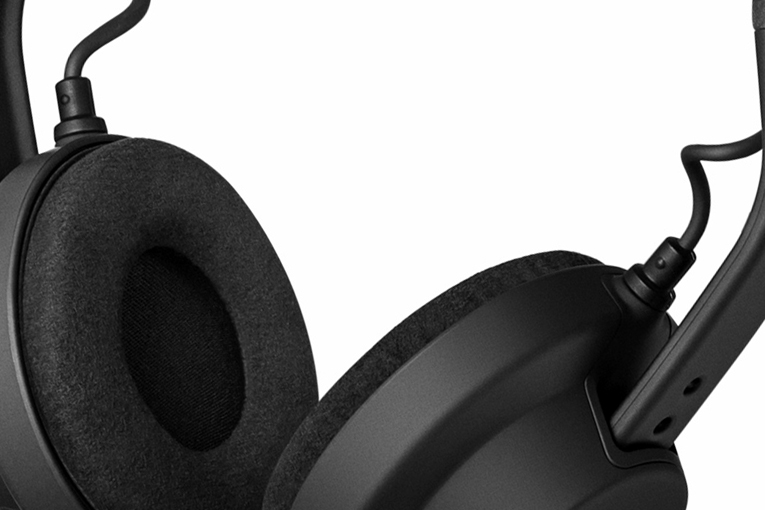 Likewise, on Wynton Marsalis’s version of the wonderful Tony Williams tune “Sister Cheryl” (Wynton Marsalis, 16/44.1 FLAC, Columbia/Qobuz), the upper bass boost made Ron Carter’s double bass sound bloated and muffled, although the trumpet, tenor sax, and piano sounded clear. Again, pulling the same bands on my phone’s EQ down by 2dB or maybe 3dB did much to clarify the mix -- tightening up the sound of the bass, letting Williams’s cymbals sing out more, and bringing the instruments into better balance.

As we’re still observing the pandemic-related lockdown in California, instead of bringing in outside listeners, I’m comparing the headphones under test with similar ones in their approximate price range.

Outside of a couple of long-discontinued models from Sol Republic, I’m aware of no headphones that share the TMA-2 HD Wirelesses’ modular design, so I have to compare them with standard Bluetooth headphones as well as some affordable closed-back models. The first that come to mind are the previously mentioned AKG K371s ($149), which are also available in a Bluetooth version, the K371-BTs ($179). Both have better clarity than the TMA-2s, especially in the treble, but neither are as pleasant to listen to long-term because they’re a bit shy in the bass. 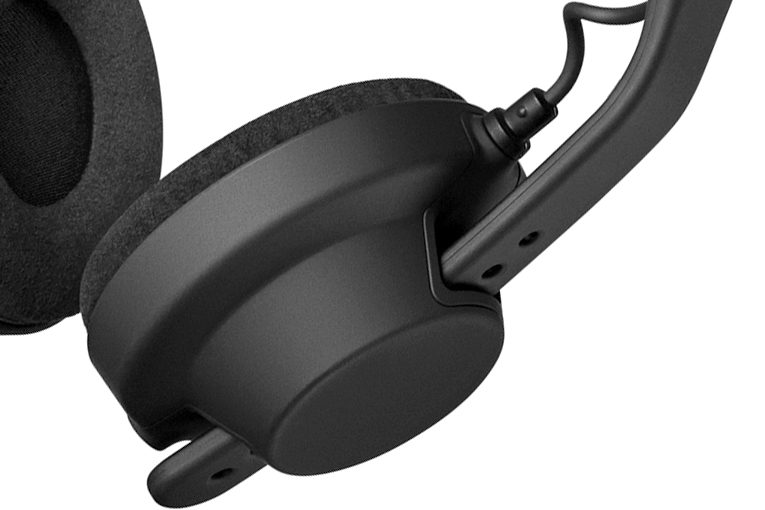 NAD’s Viso HP50 headphones (originally $299, now typically available for less than $150) are another classic mid-priced closed-back design. The Viso HP50s strike more of a compromise between the TMA-2 and the K371 headphones, with the more satisfying balance of the latter and most of the detail of the former. However, the Viso HP70s, which are the Bluetooth variant of the Viso HP50s, are much pricier at $449 -- although they do sound great and add noise canceling.

I absolutely love the modular concept of the TMA-2 HD Wireless headphones -- it’s well thought-out, gives the listener lots of options, and solves the largely ignored problem that headphones get broken often. The headphones have a welcoming, ear-friendly tonal balance that encourages long-term listening. The TMA-2s, heard without EQ, probably won’t provide audiophiles with all the detail they want, but with just a small EQ adjustment to bring the upper bass down slightly, they snap into focus. For commuters, software programmers, and others who tend to spend a big chunk of every day playing music through headphones, the TMA-2s will be a good companion.