Edifier bought Stax Ltd.—a Japanese company famous for making expensive, audiophile-acclaimed electrostatic headphones—in late 2011. But it’s only now that Edifier is really capitalizing on the Stax name, with the new Stax Spirit brand, of which the S3 headphones ($399.99, all prices USD) are the first product. 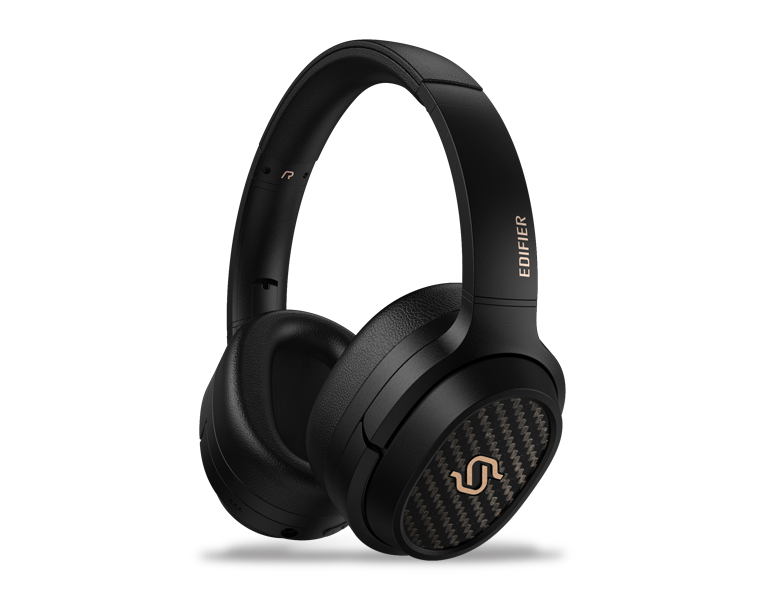 Although the S3s, true to their name, carry on in the spirit of Stax, the only resemblance they have to Stax headphones is that they use a flat-panel driver—although it’s planar-magnetic rather than electrostatic. In fact, the S3s borrow their driver technology from Audeze, one of the best-known makers of planar-magnetic headphones. To compound the difference, the S3s cost only a fraction of the price of a set of Stax headphones, and they have Bluetooth.

The S3s are a closed-back design, only a little larger than a set of Bose noise-canceling headphones, so they’re travel-friendly. They incorporate Qualcomm’s Snapdragon Sound suite, a package of different technologies incorporating lossless CD-quality sound and the aptX HD and aptX Adaptive codecs, among other features (a good thing if you have an Android phone that includes those technologies). They’re rated for a run time of up to 80 hours. There’s a built-in microphone for phone calls. You can also use them in wired mode, although they have to be powered on—they won’t work at all with the power off. So I’d consider them part of the small but growing category of “portable audiophile headphones.”

The S3s include the headphones, a semi-hardshell travel case, a 50″ (1.25m) cable tipped with 1/8″ (3.5mm) plugs on each end, a 1/4″-to-1/8″ (6.3mm-to-3.5mm) adapter, and an extra set of earpads. The installed pads are covered with lambskin leather for a tight seal. The extras—which Edifier refers to as Ice Feeling Earmuffs—are covered in breathable fabric that has sort of a snakeskin texture. A triangular plastic pick is included to help you change out the pads.

The S3s aren’t particularly large (especially for planar-magnetic headphones), but the earpads fit nicely over my somewhat oversized ears. Both sets of pads are comfortably soft. With only a multifunction button and volume up/down controls, the headphones are easy to operate. 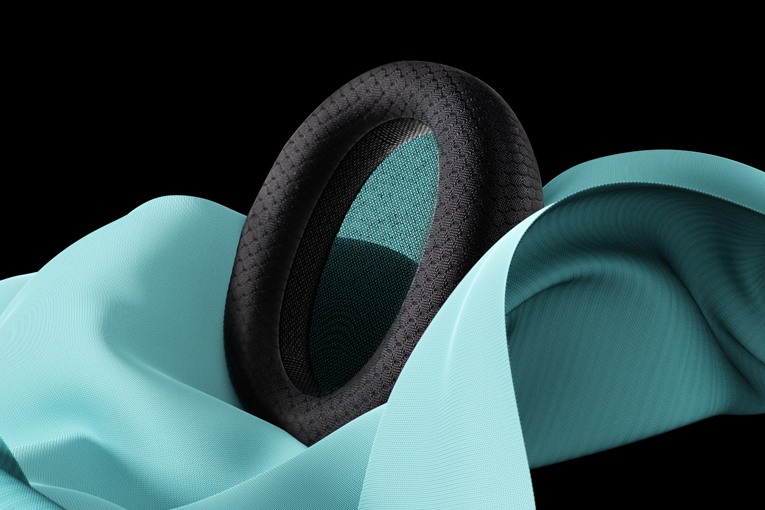 Edifier supplies an app that lets you select different compensation curves (Leather and Ice Feeling) for the different sets of earpads, and also three EQ curves: Classic, Hi-Fi, and Stax. The app also accesses a low-latency Game Mode, and it lets you choose the double-tap and triple-tap functions of the multifunction button (in addition to on/off, which is always available with a single tap). The multifunction button can be set to turn Game Mode on or off, select among the EQ curves, call up your phone’s voice assistant, or play/pause.

I figured I’d better start by sorting out the differences between the earpads, and among the three different sound modes, so I could settle into the options I like best and dispense with the rest.

On first listen, I found the leather pads too boomy and punchy in the bass. When I switched to the fabric pads, the bass sounded much better controlled, although it did bring in what I thought was a little excess energy around 3kHz. But this was before I realized there was an app; without the app, the headphones default to the Leather mode. The Ice Feeling Earmuffs mode in the app made the fabric pads sound more like the leather pads, with louder and punchier bass, although it did tame the 3kHz peak somewhat. Although I was able to get used to the different earpad/mode combinations with time, I decided to make the Ice Feeling pads and the Leather mode my default listening choice. 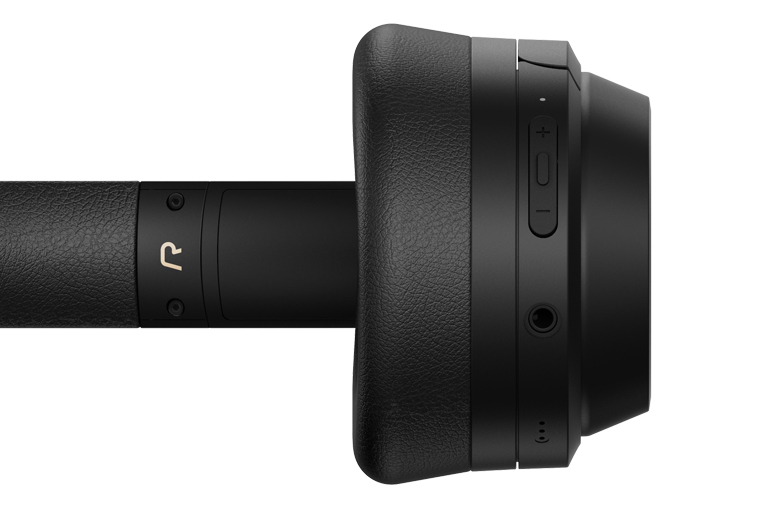 With this setup in place, when I listened to that classic tonal balance test, Tracy Chapman’s “Fast Car” (Tracy Chapman, 16-bit/44.1kHz FLAC, Elektra/Asylum/Qobuz), I thought the default EQ mode—Classic—sounded well-balanced, but I tried the others. The Hi-Fi mode was treblier, and it lost some of the bass impact; it reminded me of some Grado and HiFiMan headphones I’ve tested. The Stax mode kicked the mids up a bit and reduced the bass, which to my ears had kind of a crude, mid-boosty sound. So I mostly stuck with Classic, but your tastes may differ. The nice thing is that the differences among all of these listening options are reasonably subtle—none of them solicited the “Why the hell did they do that?” response that involuntarily leaves my lips when I’m checking out headphones with a gratuitously large and varied selection of listening modes.

No matter how I had the headphones set up or which EQ mode I chose, many of the same characteristics were apparent: a generally flat response with just mild tonal balance tilts and no huge colorations, along with a nice, easy, natural sense of space.

For example, when I played the new album Off-Kilter by jazz trombonist John Yao’s Triceratops (16/44.1 WAV, See Tao Recordings), I found myself switching among the three EQ modes and liking certain things about each one. But in all of them, I heard a wonderful combination of a lifelike, small-studio sense of spaciousness and outstanding detail—but not detail produced by amping up the treble. On Yao’s tune “Quietly,” I loved hearing how clearly the double bass notes were defined and yet how full and powerful they sounded. Perhaps even more so, I enjoyed the fact that the headphones’ treble was so clean and realistic—every subtlety in the brushed snare drum and cymbals was readily apparent, and I even got some sense of above-the-head imaging from the ride cymbal. 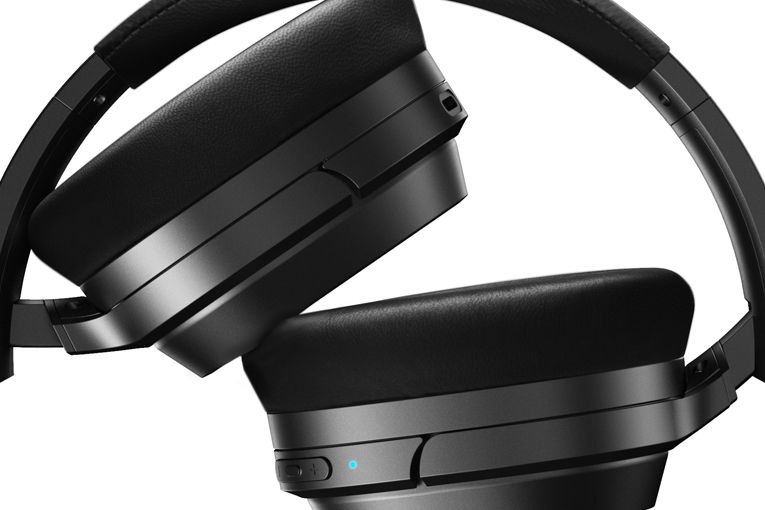 I thought I might be more fussy if I listened to some vocal recordings, so I played James Taylor’s “Gaia,” a lush light-rock cut from Hourglass (16/44.1 FLAC, Columbia/Qobuz). I was bowled over by how good the sound was—even though I happened to have left the app in Hi-Fi mode, which I hadn’t liked as much with “Fast Car.” The headphones conjured up a colossal sound, especially with the backing vocals and the surprise tom hits that power their way into the tune at 4:10. Taylor’s voice had the exact warm, smooth tone he’s loved for, and Branford Marsalis’s soprano sax soloing floated about 50′ above the mix, as if it were coming from a balcony above the stage in a large theater.

The S3s performed just as well with more typical audiophile fare, such as Hilary Hahn Plays Higdon & Tchaikovsky Violin Concertos (24/88.2 FLAC, Deutsch Grammophon / Qobuz). I loved the way composer Jennifer Higdon’s “Chacconi”—mostly ethereal string backing behind Hahn’s soaring violin—seemed almost to float outside the headphones; I felt like I was sitting front row, dead center, with Hahn and the orchestra above me and stretching out to the right and left. Again, the S3s delivered a fantastic sense of space without hyping up the treble; when the rest of the orchestra came in full blast at around 7:00, the acoustics of the recording space really “lit up” through the S3s. The strings, at triple-forte, did sound a little strained, perhaps a combination of necessarily aggressive limiting in the recording, along with the artifacts introduced by Bluetooth data compression; through the Røde NTH-100 studio headphones, plugging straight into the same Samsung phone (and thus bypassing Bluetooth), the limiting was still evident, but some of the harshness was gone. 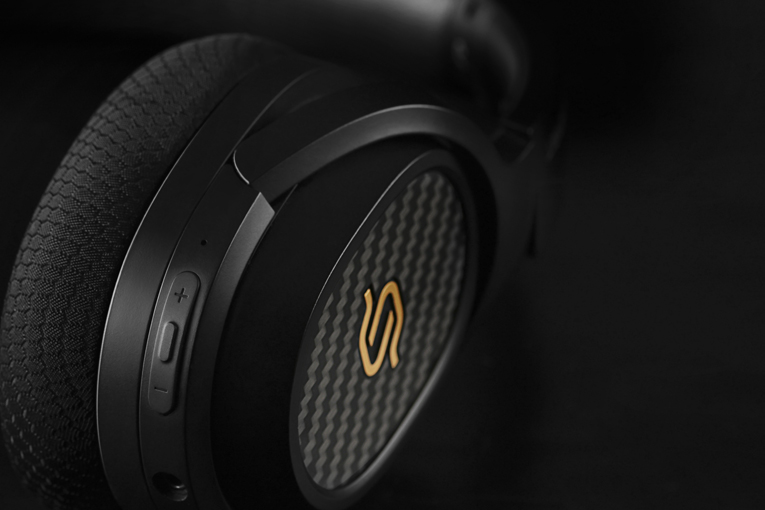 This reminded me that I hadn’t listened to the headphones with the supplied cable, so I plugged it in and listened to the same piece. I thought the headphones sounded smoother and more dynamic through Bluetooth, which is pretty weird, especially considering the headphones’ internal amplifiers must be on to use them in cabled mode. Maybe my measurements (available from the link at the top of the page) will shine some light on this mystery.

Probably the headphones that, for me, would be most clearly targeted at the same market as the S3s are the HiFiMan Deva Pros ($329). The Deva Pros have Bluetooth (although through an adapter), and they employ planar-magnetic drivers, so they have some things in common with the S3s—although the Deva Pros are an open-back design.

On Cécile McLorin Salvant’s version of “Wives and Lovers” (For One to Love, 24/96 FLAC, Mack Avenue / Qobuz), the Deva Pros’ bass seemed rather soft and plodding on the double-bass line, and the vocals sounded a little peaky and bright in the 3kHz range. In all three EQ modes, the S3s’ bass sounded more controlled—clearly so in the Hi-Fi and Stax modes, but closer to the Deva Pros in the Classic mode. The vocals didn’t exhibit that peakiness with the S3s, although they did sound slightly dull in Classic mode. The Deva Pros had a somewhat bigger—but less focused—sense of space; hearing them compared with the S3s was like comparing a set of electrostatic panel speakers to a set of well-engineered cones’n’domes dynamic speakers.

I happened to have my dead-on-Harman-curve AKG K371 headphones ($149) sitting around, so even though they’re not Bluetooth, I thought I’d plug them straight into my phone and see how they compared to the S3s. Pretty favorably, as it turned out. I’d say the K371s’ clarity and balance were equal to that of the S3s (remembering here that the S3s were handicapped, at least theoretically, by the Bluetooth connection). Where the S3s gained an advantage was in the sense of space; it wasn’t radically better than what I heard with the K371s, but I did get a larger sense of reverberance.

I think the Stax Spirit S3s are the best option available for audiophile sound on the go. They’re affordable, they’re comfortable, and they get you pretty close to the sound of the very best audiophile headphones. But you can toss them in a bag and hit the subway, or walk the dog without getting the leash tangled in the headphone cable, or basically take them wherever you want to go.

Edifier
Email: This email address is being protected from spambots. You need JavaScript enabled to view it.
Website: www.edifier.com