I’ve been a great admirer of Outdoor Tech.’s imagination and innovation in producing products unlike everyone else’s. They’ve done it again with the Tuis headphones ($129.95 USD), but this time their efforts have not been as successful.

Outdoor Tech. once again scores with its zany, comic-book-style packaging. It lets us know, among other things, that the Tuis “are named after the flashiest bird in New Zealand, one with iridescent plumage, two voice boxes and a bit of an attitude. The Tuis fit in well alongside a glass of single-malt and box of Arturo Fuentes, although they can also work with a milkshake and one of those old-school Game Boys. Sometimes that’s just as classy.” 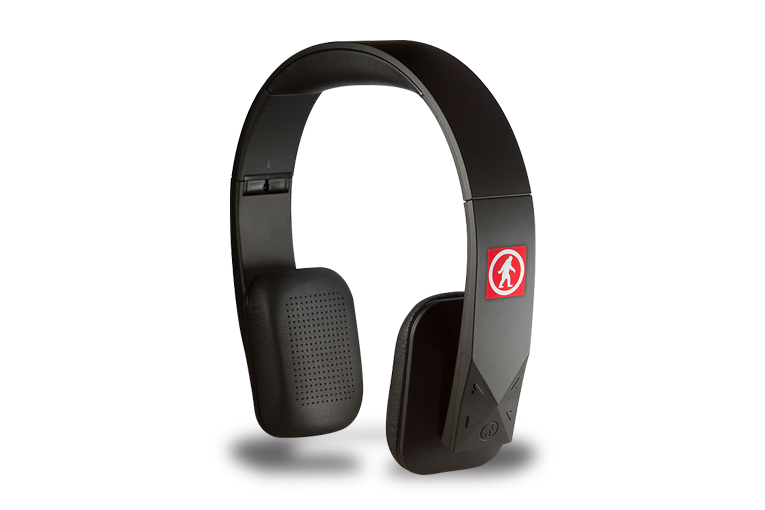 The on-ear Tuis go out of their way to avoid imitating Beats headphones. Slender and slim, they’re made entirely of plastic, including the faux-leather headband liner and earpads. The earcups are rectangular, and both ends of the headband are faceted in way reminiscent of the company’s Turtle Bluetooth speakers.

The Tuis come in black, gray, or red, and Outdoor Tech.’s logo appears on the headband, just above each earcup. They’re adjustable in softly clicking detents, and are hinged for compact storage. Folded up, the Tuis measure 6.5” x 4” x 1.25”; extended, they’re 6.9” x 6.5” x 1.25” and weigh just 6.1 ounces. They have 40mm drivers and can be used wirelessly or wired. Charging and 3.5mm cables are supplied, as are a hard, zippered carrying case, a soft case, an instruction manual, and two Outdoor Tech. decals.

At the end of the right-channel headband arm is the USB input for charging, a 3.5mm jack for wired use, and controls for Play/Pause, Volume Up/Down, and track Next/Back. The Pause/Play control also lets you use the Tuis with a phone, but I didn’t try that. 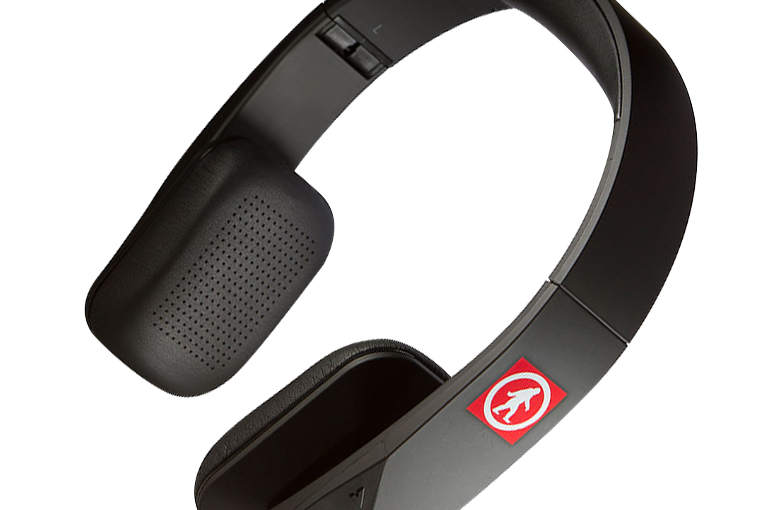 For a single full battery charge, Outdoor Tech. claims 15 hours of play and talk time, Bluetooth standby time of 400 hours (!), and a range of 32’ from your device -- at least, that’s what the box says; Outdoor Tech.’s website says 30’.

Here’s where I got into trouble with the Tuis. They’re very light, so the fit was comfortable -- but because the Tuis’ earcups are flat, there’s only the headband to keep them on my ears, and that wasn’t enough. If I didn’t position the Tuis just so -- within 1/4” -- they’d fall off when I bent forward. Even when they didn’t fall off, I had the uneasy feeling that they were about to. Thus, a pair of headphones that in most other respects -- lightness, comfort -- would be perfect for physical activity can’t be recommended for anything more strenuous than walking. Still, it’s possible that, if you have more hair than I do, the fit might be a little tighter.

The length of a charge seemed about right, but the Bluetooth range reached 30’ only when there were no obstructions between the Tuis and my device. I could use the Tuis around the house, but dropouts began to occur at around 20’-25’. 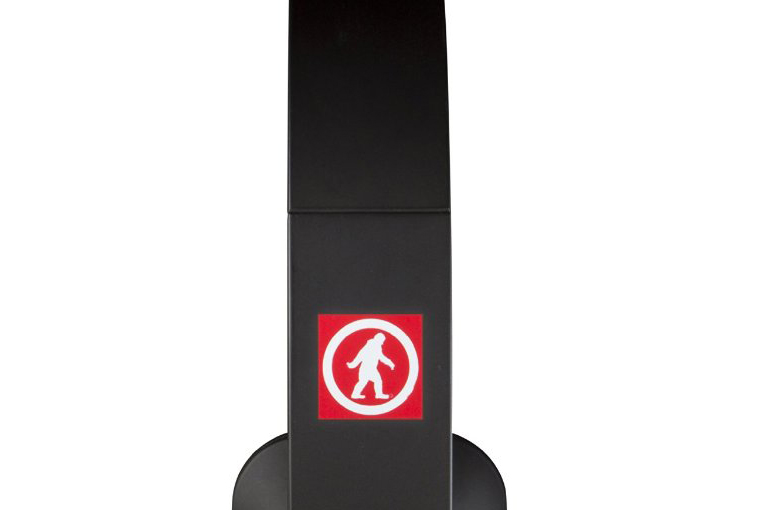 The Tuis’ controls drove me nuts -- after a week, I still couldn’t feel them with any degree of certainty, and the buttons needed to be pressed pretty hard. The only thing that made sense was to use my thumb, but it was still hit or miss. I gave up and used the controls on my source devices.

The on-ear Tuis didn’t do much to block out external sounds. I could leave them over my ears, hit Pause (if I could find it), and carry on a conversation.

Bluetooth pairing is easy. Push Play/Pause until you get flashing red and blue LEDs, then select the Tuis on your device. They even paired quickly with my old Sony Bluetooth dongle.

The Tuis’ basic sound quality was shallow and lean, with little fullness or richness. The lows were OK, present but with little punch; the mids were muddy, the highs incredibly smooshed. There was no sizzle or sheen to cymbals, and even drums sounded muffled.

Nor could the Tuis play loudly enough, in my opinion. To get an acceptable volume level, I had to run them to their very limit -- until I heard that Bluetooth chime that means you can go no further. When I used them wired, I could push them a bit more, but at the price of some pretty ugly distortion. 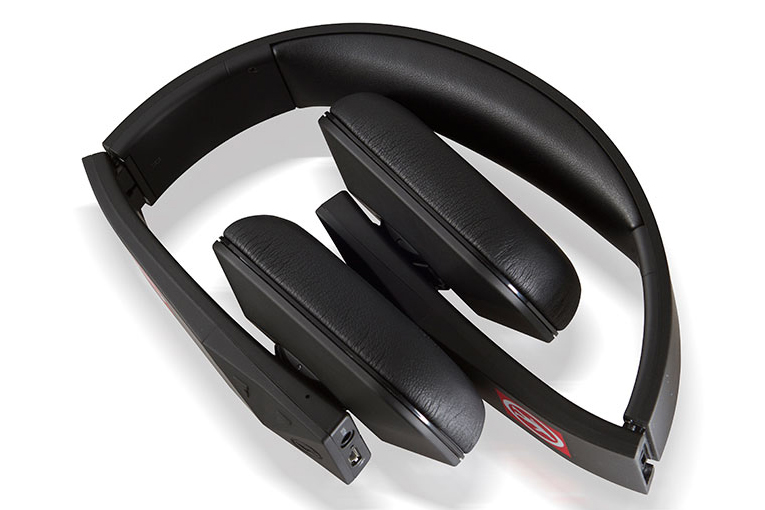 Though I had the Tuis hooked up to one of the best portable digital players on the market, the Astell&Kern AK380, the voices in “Ye Spotted Snakes,” from Mendelssohn’s music for A Midsummer Night’s Dream (16-bit/44.1kHz ALAC, Decca), sounded like an FM radio broadcast, pleasant but with little presence or sheen. Rock had no drive. “Safety Dance,” from Glee: The Music, Volume 3 -- Showstoppers (16/44.1 ALAC, Columbia), which usually gets my toes tapping, fell flat as a flounder. “Come On,” from the Rolling Stones’ GRRR! (24/96 AIFF, ABKCO/Interscope), almost got my toe tapping (the song is guaranteed to do that) -- but the rhythms were buried in the mix, even in this hi-rez version. This track had fairly zinged through the Koss BT540i Bluetooth headphones, which I reviewed last month. To be fair, the Kosses cost more, at $199.99, and they’re over-ear, not on-ear, but the $70 difference seems worth it to have a real musical experience rather than such disappointing sounds.

I can applaud the Tuis for their visual design, and Outdoor Tech. for trying to break the mold. But considering the Koss BT540i’s and many other headphones out there (Polk and Monoprice come to mind), and adding in the Tuis’ somewhat loose fit and difficult navigation controls, I can’t recommend them.

Brent Butterworth 14 hours ago When Is the Amp Important?
@RyanThanks! Give the SoundStage editors 100% of the credit for the integrity and courage. I ...

Ryan 15 hours ago When Is the Amp Important?
Really appreciate your integrity and courage to write this, as this (accurate) message is counter ...