I have long admired Bowers & Wilkins’ enthusiastic embrace of the new. The company is one of the best-known in high-end audio, and could easily keep its focus on ultra-expensive speakers. Instead, the company has usually been quick to embrace the latest trends—it was among the first to build such items as THX-certified home-theater systems, high-quality in-wall speakers, and iPod speaker docks. And in a field where innovation often inspires derision rather than praise, embracing the new takes a lot of guts. So while I’m a little surprised that Bowers & Wilkins is just now launching the P17 and P15 ($399 and $249 USD, respectively), its first true wireless earphones, about six years after the type debuted, I’d guess the company didn’t think the technology was ready yet.

True wireless earphones have captured the attention of the headphone industry and its customers, largely because of Apple’s colossal success with its AirPods and AirPods Pro earphones. There’s a lot of product already out there, so kudos to Bowers & Wilkins for managing to pack some real innovations into the P17s I’m reviewing here. 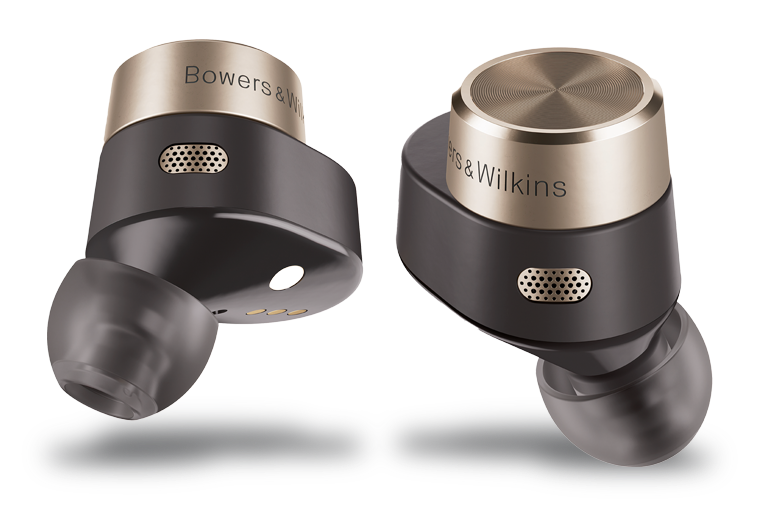 First is that the charging case doubles as a Bluetooth transmitter. Using an included USB-C-to-stereo-3.5mm (1/8ʺ) or USB-C-to-USB-C cable, you can connect a source device to the case, and the case will transmit via Bluetooth to the earphones. This is a great feature for frequent fliers because they can connect to inflight entertainment systems—although you can do this with any true wireless earphones by using an inexpensive Bluetooth transmitter.

Second is that the P17s are the first true wireless earphones I can remember that are designed pretty much like two-way speakers. A balanced armature serves as the tweeter, and a dynamic driver as the woofer—but while we’ve seen such designs before, the P17s, based on the breakout diagram on their web page, use a 9.2mm dynamic driver designed like a normal woofer, with a diaphragm attached to a compliant surround. Most dynamic earphone drivers use a Mylar diaphragm attached directly to the basket, with no surround. Each driver has its own amplifier. Of course, neither biamping nor fancy drivers guarantee good sound. 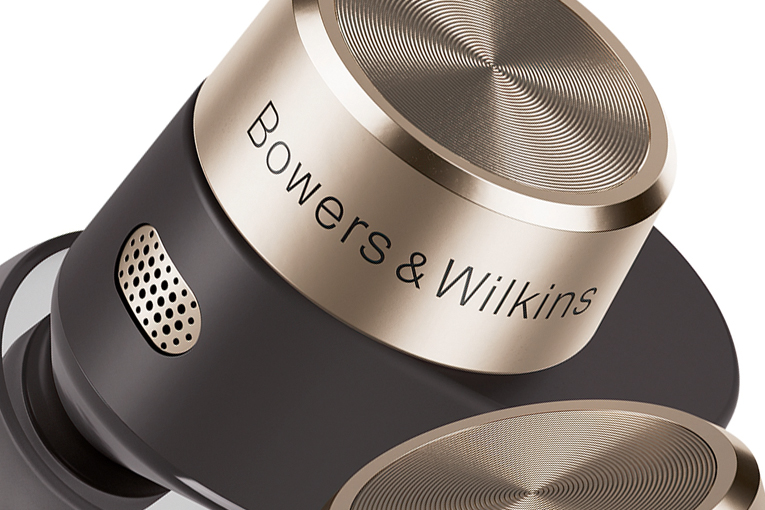 The P17s also include aptX Adaptive—Qualcomm’s “latest and greatest” codec, and one I wish all smartphones, headphones, and earphones offered, because it automatically finds the best balance between latency, connection reliability, and sound quality. They also include the aptX HD, aptX Low Latency, and AAC codecs, so it seems the P17s can give you a better-than-SBC Bluetooth connection with any source device that’s capable of it.

And the P17s have adaptive noise canceling, too—a genuinely useful feature if it works well. They’re also said to have 24-bit connection capability, but the benefits of 24-bit technology over 16-bit systems in such an application are questionable in any case, and much more so when it’s being used to transmit lossy-compressed audio. (The P15s lack the two-way design, aptX Adaptive, the 24-bit connection, and the Bluetooth transmitter function in the case.) 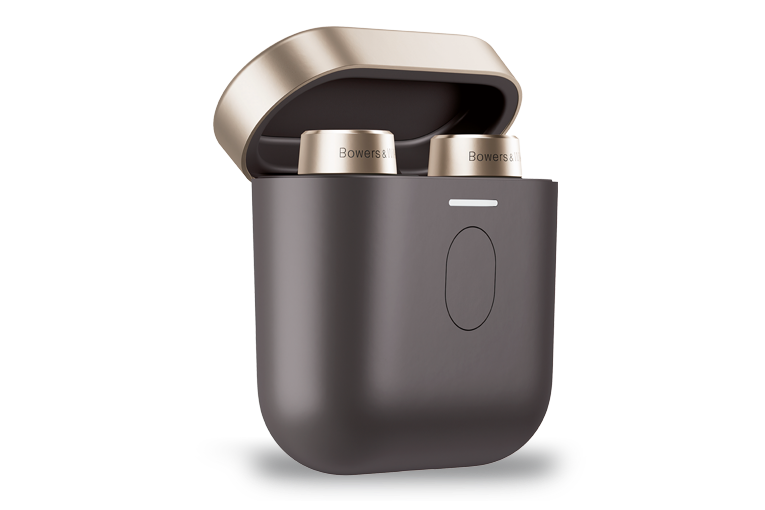 I couldn’t find a specified battery life in the marketing materials, other than a maximum of 24 hours, including recharges from the case. That could mean six hours with three recharges, eight hours with two recharges, etc. Instead of being lazy and trusting the manufacturer’s spec, I didn’t have a spec to trust, so I had to do a battery test myself. More on that later. The case can be charged from USB-C or a wireless charger.

The P17s include the charging case, single-flange silicone eartips in three sizes, and the aforementioned cables.

Competent sound quality is always job #1 for me when it comes to any earphones, but with true wireless models pressed into daily use—while walking the dog, working on home-improvement projects, etc.—I’ll happily sacrifice some sound quality for comfort and a quick, reliable Bluetooth connection. The P17s provided both. Even though the selection of tip sizes is limited to three, the range of sizes is wide and the ergonomic design of the earphones helps to ensure a good fit. I got a fuss-free fit with the largest tips, and was delighted with the way the P17s popped so easily into my ears while seeming secure—I didn’t have to twist them in, as so many current designs demand. 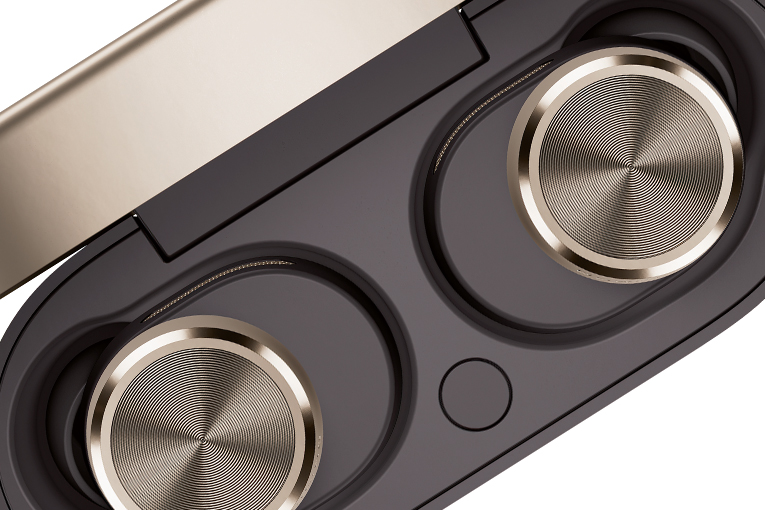 One more minor feature of the app, which I liked, was the inclusion of six “soundscapes”—the sounds of a forest, crashing surf, a campfire, etc. For those who like to fall asleep to these sounds, this will be a nice little plus for naps on long flights. But of course, you can also do this through third-party apps such as myNoise.

Now, about that battery test. I ran two trials, each with the freshly charged P17s playing Steely Dan’s “Aja” at what was for me a comfortable listening level, with the adaptive noise canceling activated. In both tests, the battery in the right earbud ran out of juice after about 3.5 hours, while the left one kept working and the app showed about 30% more power remaining.

I used the P17s a lot before I sat down for a serious sound-quality evaluation. That’s because they were so comfortable, and the Bluetooth connection worked immediately and reliably. I generally liked the sound, although it seemed a little soft in the low and mid-treble, between about 4 and 6kHz, and I thought I noticed a subtle peak somewhere in the upper-mid to high treble, above 8kHz. So most high-frequency sounds seemed rather mellow and polite to me, but a few sounds, such as some metal-stringed acoustical instruments and cymbals, seemed to have a subtle extra zip in the top end.

To get a better handle on the treble, I put on Jazz at Berlin Philharmonic XI: The Last Call by guitarists Larry Coryell and Philip Catherine (24-bit/48kHz FLAC, ACT Music / Qobuz). It’s a live performance from 2017, just before Coryell passed away, revisiting material the two of them recorded for my all-time-favorite guitar duo album, 1976’s Twin House. The opening tune, the rapid-fire and mostly trebly “Miss Julie,” features Coryell on acoustic and Catherine on electric, and it sounded nice on the P17s, although Coryell’s acoustic sounded just a bit soft, like he was using a set of strings with a couple of months of use on them. The last tune on the album, “Green Dolphin Street,” features Coryell doing Freddie Green-style “chunking” on his acoustic. Through the P17s, this, too, sounded a little soft—but there was no overt coloration anywhere in the audioband, the tonal balance seemed tilted just slightly down, and for me, it was pleasant to listen to. 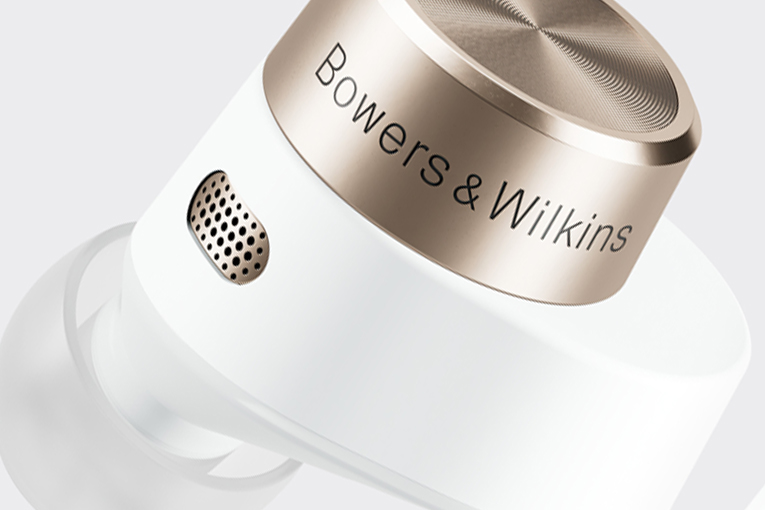 I wanted something closer to a complex pop mix to present a more complete picture of the P17s’ sound, so I went to my all-time-favorite version of “On Green Dolphin Street” by a zillion miles, by the German singer and guitarist Kosho (All Sides Love, 320kbps Ogg Vorbis, Blisstone/Spotify). It’s an emotional vocal performance with spare acoustic guitar, a thumping pedal tone played most of the way through the tune, and all sorts of electric guitar and keyboard sounds jumping in and out. Other than the polite treble (or somewhat abundant bass covering up some of the treble, perhaps), and maybe a subtle extra bit of zing in the vocal, around maybe 2.5kHz, everything sounded good.

Still wanting to dig more into the treble, I put on composer/arranger Vince Mendoza’s gorgeous new album Freedom over Everything (24/48 FLAC, Modern Recordings / Qobuz), which sets various jazz musicians against the backdrop of the Czech National Symphony Orchestra. Again, good sound overall, although I did hear that extra little zip in the upper treble, which gave the violins and cymbals some extra bite. On the opening of “Concerto for Orchestra: Hit the Streets,” Antonio Sanchez’s kick drum is pumped up, as is Aram Kersbergen’s double bass; it appears to be mixed like that, but the P17s pumped it up even more.

Overall, it seemed to me like Bowers & Wilkins voiced the P17s somewhere between typical mass-market earphones (if such things exist) and audiophile earphones. They sounded softer than all the other true wireless earphones I’ve tested in recent memory. 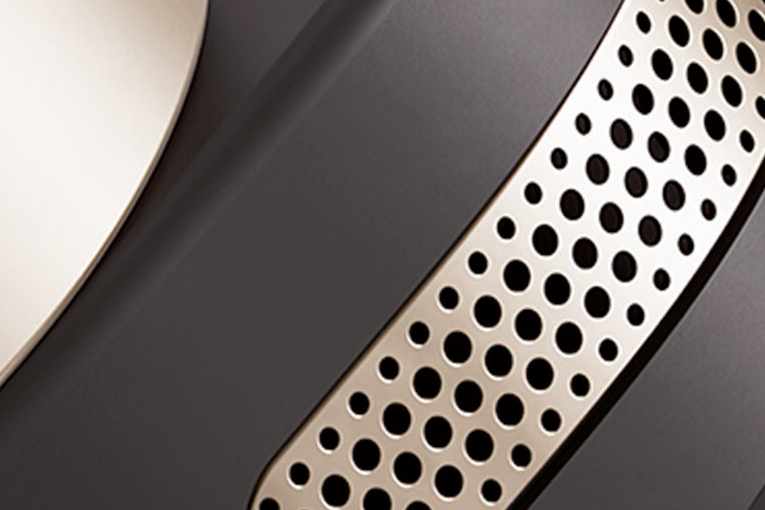 I’ll cover the noise canceling in the Measurements section, which you can reach through the link at the top of this page.

I compared the P17s to a couple of other true wireless earphones I had on hand: the non-noise-canceling Status Audio Between Pros ($169) and the noise-canceling Sony WF-1000XM4s ($279.99).

On the same Vince Mendoza cut, the Between Pros sounded similar to the P17s in many ways—for example, the bass was almost as full and dominant—but the P17s seemed to have about 2 or 3dB more treble, which brought out more of the details in the strings and more of the acoustics of the recording venue. Switching to the WF-1000XM4 earphones increased the treble, the sense of space, and the general vividness and detail in the sound even more. It also tamed the bass somewhat, letting me hear more of the definition in the notes.

Switching to Tracy Chapman’s “Fast Car” (Tracy Chapman, 16/44.1 FLAC, Elektra/Qobuz), the pumped-up bass was once again evident in the P17s, while the WF-1000XM4s sounded more neutral and balanced. The Between Pros sounded like the Sonys but with a somewhat coarser sound on Chapman’s voice and maybe 3dB more bass.

I love the design of the P17s, and the fact that every time I used them, they just worked, with no need to fuss with the app or figure out a flaky Bluetooth connection issue. From that standpoint, the only problem I found was the relatively short battery life, but I would probably encounter that issue only on a plane because I always put true wireless earphones back in the charging case when I’m done. Considering that the overall tonal balance is on the soft side and somewhat bassy, I don’t think they’ll find a lot of fans among headphone enthusiasts. But business travelers who want a no-nonsense, user-friendly design with noise canceling will probably like them—although they are expensive.

Email: This email address is being protected from spambots. You need JavaScript enabled to view it.
Website: www.bowers-wilkins.com

Email: This email address is being protected from spambots. You need JavaScript enabled to view it.