Klipsch Reference X20i measurements can be found by clicking this link.

When non-audiophiles see something like Klipsch’s new Reference X20i earphones priced above $500 USD, they’ve got to wonder how something so tiny could be worth so much. For that price, you can buy a TV or a digital SLR camera -- something that looks as if it costs $500. But the X20i’s don’t appear to be substantially different from Klipsch’s R6 earphones, which cost only $79. What makes them worth $549 -- nearly seven times as much? 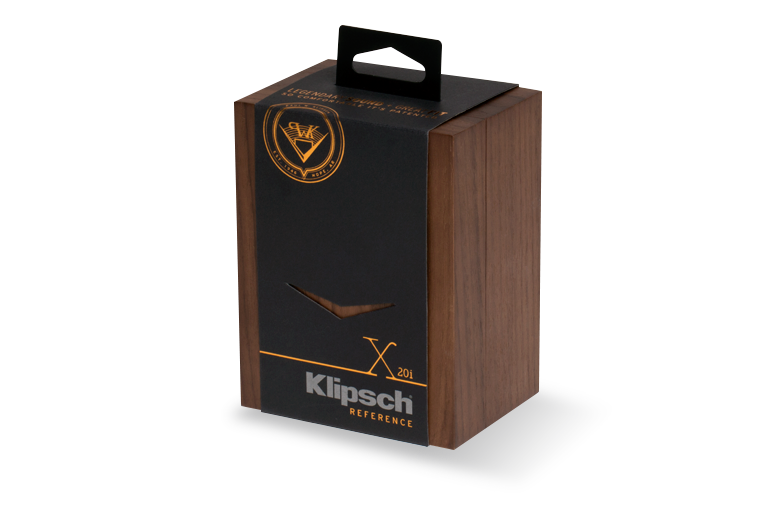 It’s for the same reason so many mechanical watches are expensive: tiny, complex items can be difficult to make, and the smaller they are, the harder and more costly it is to manufacture them to the same standard. The X20i’s aren’t as complex inside as a fine Swiss watch, but each tiny earpiece contains a wide-range driver, a supertweeter, and a crossover, all packed into a stainless-steel enclosure the size of a jelly bean. The earpieces attach to interchangeable cables terminated with SSMCX connectors -- basically, a radically shrunken, 3mm-diameter version of the threaded F-connector typically used for antennas and cable TV wiring.

Both of the drivers in each X20i earpiece are balanced armatures -- something like a tiny seesaw (the armature), with one end wrapped in wire and suspended in a magnetic field. When an audio signal enters the coil, the armature moves up and down. The armature is attached to a diaphragm, and moves it back and forth to produce sound. In general, balanced armatures are revered for higher, more detailed treble response than the dynamic drivers used in most earphones; conversely, they’re not known for strong bass response. 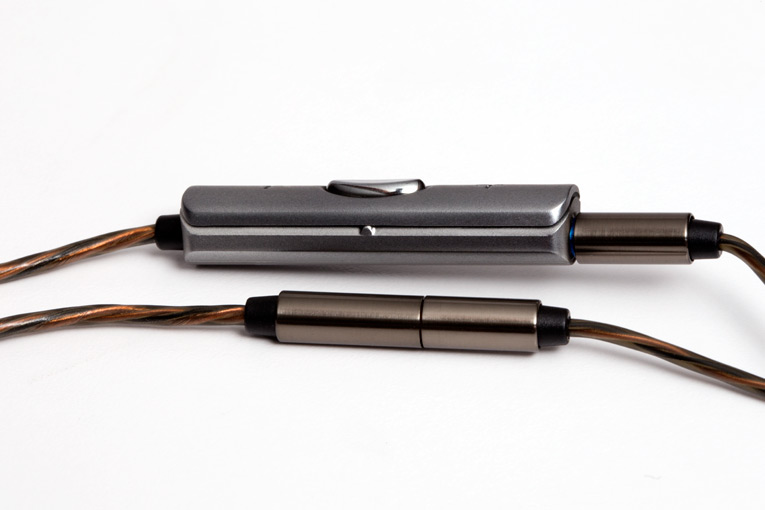 The X20i’s cable features an inline microphone/remote control that controls play/pause, track skip, and volume (Apple iOS devices), or only play/pause (Android devices). Klipsch’s website hints that a balanced version of the cable, with separate grounds for the left and right channels, may someday be available.

Klipsch also touts the X20i’s new oval Super-Slim silicone eartips, which it says were inspired by research indicating that human ear canals are typically slimmer than has been generally assumed.

The Reference X20i’s include not only the Super-Slim eartips but also silicone eartips in four other sizes, all oval, two with double-flange shapes. According to an audiologist, my ear canals are about 10% larger than average for a North American male, and I’ve found that the eartips Klipsch supplies with its earphones aren’t big enough for me to get a good acoustical seal. Knowing this, Klipsch sent a set of extra-large silicone tips with my review sample, along with a note saying that these tips would soon be available to consumers. 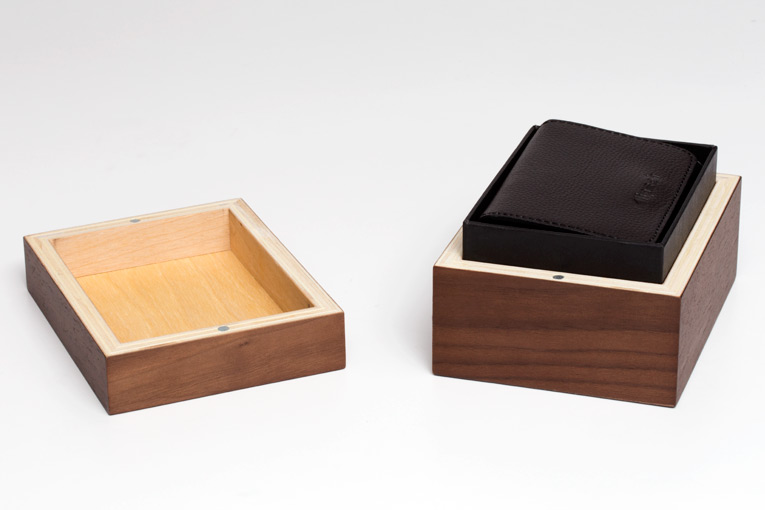 Also included are a tie-bar-style shirt clip for the cable, and a wallet-style leather carrying case.

I can’t comment on the Super-Slim eartips -- they’re too small for me -- but I got a great fit and a tight seal with Klipsch’s XL eartips. One idiosyncrasy of the X20i’s design is shared with many Klipsch earphone models: they don’t fit all that securely because they stick straight out of your ears. The fit is more secure than it looks, but still, these are not earphones that lend themselves to physical activity. Moving around can easily dislodge them, which isn’t true of earphones -- many in this price range -- that use a more ear-filling design with over-ear cable routing. They also produced cable-handling noise; you’ll probably hear some rumbling whenever you jostle the cables. However, the X20i’s are much easier to put in and extract than any design with over-ear cable routing that I’ve tried. 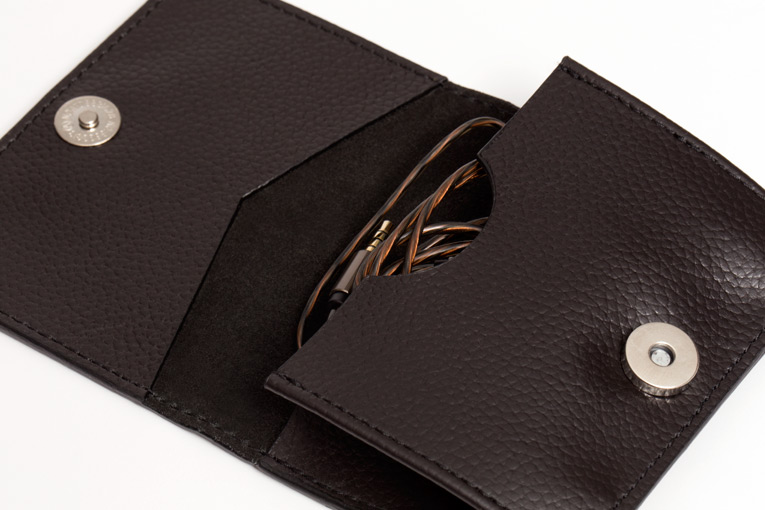 The X20i’s are also easy to drive, with plenty of sensitivity and a reasonable impedance of 50 ohms; I was able to drive them to very loud levels with my Samsung Galaxy S6 smartphone.

As you’ll see in the measurements, the X20i earphones’ tonal balance will change considerably as the output impedance of the source device rises, which suggests that the sound will be more affected by your choice of source device than are most earphones. However, I used the X20i’s extensively with my iPod Touch and Samsung Galaxy S6, often directly comparing their sound with those devices, and didn’t notice a significant tonal shift. You’ll probably encounter this only if you plug the X20i’s into a laptop computer with a low-quality, generic headphone output, or a cheap tablet or smartphone.

I’ve noticed a general trend among high-end earphones: The tonal balance rises with the price. The more people spend on earphones, the more likely they are to be audiophiles, and the more they want to hear all the details -- actual or perceived -- in the treble. To give the impression of greater treble detail, many manufacturers simply roll off the bass response. This is why I sometimes prefer $10 no-name earphones sold at truck stops to some models that sell for $500 to $1000. 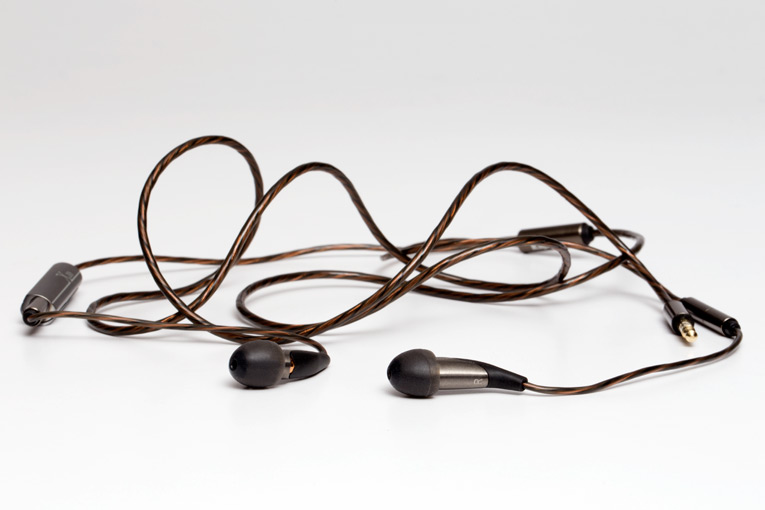 The Reference X20i’s don’t follow this path, and in most ways that’s a good thing. While their sound in general is free of the colorations and flaws produced by most mass-market earphones, their tonal balance is more like the even, realistic sound of good mass-market headphones. I enjoyed it, and found it a welcome change of pace.

For example, when I put on a classic rock recording such as “Dancing Days,” from Led Zeppelin’s Houses of the Holy (16-bit/44.1kHz WAV, Atlantic), the X20i’s sounded right. I like to test audio gear with this recording: If there’s insufficient bass to balance them, the combination of Robert Plant’s somewhat thin voice and Jimmy Page’s Mideast-inspired guitar tracks sounds grating. (Does anyone really think Page intended his work to sound thin and grating?) Through the X20i’s, though, the sound of “Dancing Days” was full, powerful, and simply big, the solid groove laid down by the electric bass and kick drum providing just the right low-end oomph to make the whole track sound balanced and rocking. 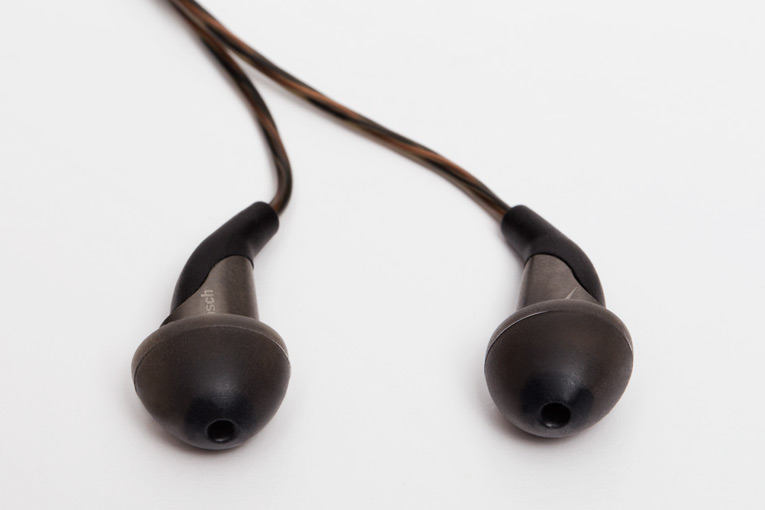 Frank Sinatra’s 1961 recording of “Have You Met Miss Jones?,” from Swing Along with Me (256kbps MP3, Reprise), is another production we can safely assume isn’t supposed to sound thin. Through the X20i’s it was full and satisfying, the bass apparently mixed just right with the rest of the band. This gave the tune a sense of ease and comfort that’s missing with less-bassy earphones such as PSB’s M4U 4s, which I reviewed in August 2015. Through the X20i’s, the highly dynamic, aggressive horn arrangement in the middle of “Have You Met Miss Jones?” sounded powerful without blaring or straining my eardrums. The great vibraphone flourish that accompanies Sinatra just before the horns enter for their feature had all the spaciousness I hear in the M4U 4s, and the quick little double-bass run that introduces Sinatra’s return sounded just as clear and defined through the X20i’s as it does through the M4U 4s. The Klipsches’ more present bass also made Sinatra sound fuller and more natural.

The third movement of Béla Bartók’s Music for Strings, Percussion and Celesta, in the classic 1957 recording by Fritz Reiner and the Chicago Symphony Orchestra (16/44.1 WAV, RCA Victor), can present challenges for earphones and headphones -- deep timpani notes are contrasted with the high, clear tones of violins and celesta (a keyboard whose hammers strike steel plates instead of strings). The celesta can sound hard and edgy through earphones that have too prominent a lower-treble peak at around 3kHz, or that lack sufficient bass response to let the percussion serve as a tonal counterbalance. I thought the X20i’s portrayed the celesta and strings with near perfection, exhibiting no significant coloration but a gorgeous sense of space, while also letting me enjoy the fullness of the timpani and clearly hear the big drums’ pitches. 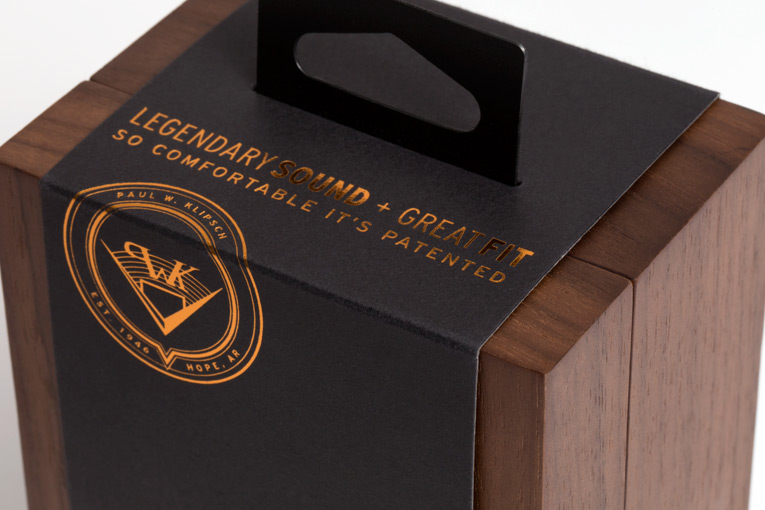 That’s not to say that the X20i’s were perfect for every recording. Their treble sounded subtly soft, either because it actually was soft, or because the full bass made it sound that way. With most of the recordings I listened to, I greatly preferred this sound over the treble-heavy balance I so often hear from elite earphones. But not always. For example, “Spanish Key,” from Miles from India, features 14 musicians singing and playing trumpet, guitar, electric piano, electric bass, drum kit, saxophones, and too many Indian percussion instruments for me to pick out individually (16/44.1 WAV, Four Quarters Entertainment). It’s an awesome ruckus, and was obviously intended to be. The more elevated treble (or reduced bass) of the PSB M4U 4s gave me more of a sense of this music’s carefully controlled chaos, made it easier for me to pick out individual instruments, and gave me a somewhat greater sense of space than the X20i’s could muster.

The Klipsch Reference X20i’s accomplish what I think every ~$500 pair of earphones or headphones should do: reproduce instruments and voices without overt colorations. In fact, now that I reflect on my experience with the Klipsches and review my listening notes, the only coloration I can recall hearing from them was a slight, occasional, and fleeting sibilance in Holly Cole’s voice -- a sin that, to some degree, almost any audio system would commit.

Some audiophiles want to have every sonic detail thrust aggressively in their faces, and the X20i’s wisely, in my opinion, refuse to do that. They’re the perfect choice for someone who wants really, really good earphones that are easy to put in and easy to listen to. With most high-end earphones, I routinely encounter recordings where I think, “Ooh, this sounds too bright,” and have to turn it down. That didn’t happen with the X20i’s -- nor did they sound dull, and their bass reproduction was at least as accurate and precise as that of any of the other earphones in my possession.

The Klipsch Reference X20i in-ears possess the sonic qualities that I -- and, I think, most listeners -- want in a set of earphones: uncolored sound and natural tonal balance.

Klaus Christensen 21 hours ago The Biggest Lie in Audio
@Brent ButterworthHi Brent and Doug.
Thanks for the effort and extend you are interacting with your readers. ...

Brent Butterworth 2 days ago The Biggest Lie in Audio
@Klaus ChristensenWe have fully arrived when it comes to predicting what speakers and headphones most people ...

Doug Schneider 2 days ago The Biggest Lie in Audio
@Klaus Christensen"My point is (and it is the only point!) that we haven’t fully arrived."
I agree ...

Klaus Christensen 2 days ago The Biggest Lie in Audio
@Doug SchneiderBasically we are in agreement!
The subjectivism versus the objectivism debate has been going on for ...

Doug Schneider 3 days ago The Biggest Lie in Audio
@Klaus Christensen"So for me Herb Reichert is right to some extent."
The real problem is that Herb ...