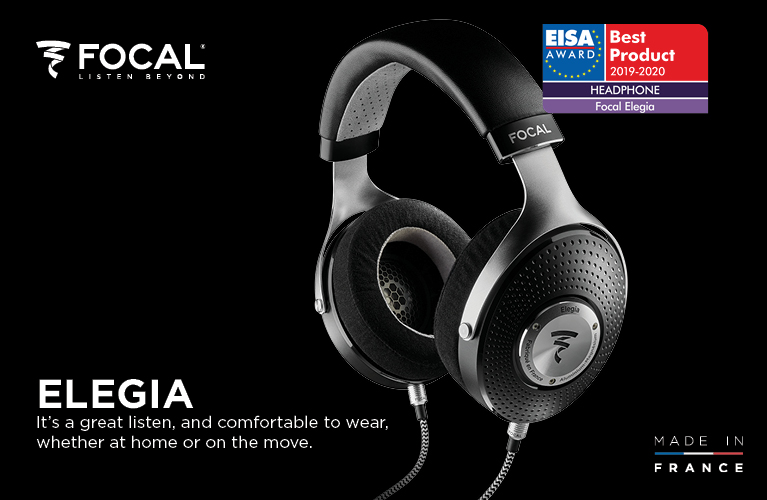 Focal Sphear earphones measurements can be found by clicking this link.

With the Sphear earphones ($149 USD), Focal has become the first high-end audio company to attempt building a product as good as a Bose model. Yeah, I wrote that to rankle audiophiles a bit -- but regardless of what you think of the sound of Bose headphones, there’s no denying that they’re comfortable, and that’s the part Focal is trying to match. A frequent traveler, I believe that the comfort of headphones and earphones is as important as their sound. Getting deeper into the music you love is what high-quality audio is all about, and you can’t get deep into any music when your earlobes feel as if they’ve been worked over by Manny Pacquiao.

To make the Sphears more comfortable, Focal shifted most of the mass and weight out of the ear canal and into a relatively large enclosure, designed so that its weight can be comfortably supported by the earlobe. There’s a lot of weight to support, too -- each Sphear packs a 10.8mm dynamic driver (most earphone drivers range from 8 to 10mm). Unusually, the drivers are mounted in bass-reflex enclosures, with tiny rear ports that vent through Focal’s “F” logo, cut out of the back. 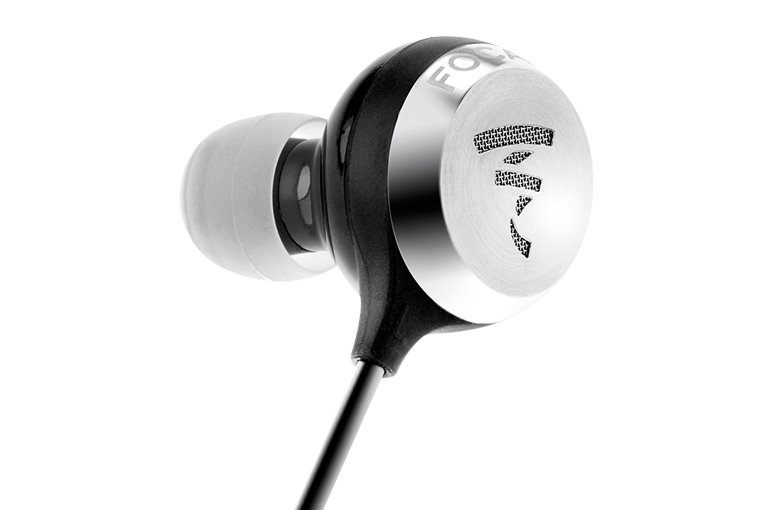 Another interesting twist is the inline remote control, concealed in the little medallion inside which the cables from the two earpieces join. Tap the Focal logo on the remote once and you can answer a call, hang up, or activate the play/pause function on your smartphone. Tap it twice and you skip forward a track, thrice and you skip back. These functions are claimed to work with iOS and Android devices, though the last two may not work with some Android phones.

So far, I’ve liked all the Focal headphones I’ve tried. I wanted to find out what they could do with earphones.

The Sphears include what I consider the most important accessory for earphones: eartips in a variety of types and sizes. In the package are silicon tips and foam tips, each in three sizes, practically ensuring that almost everyone will get a good fit -- without which you can’t get good sound. The package also includes a small zippered carrying case and a dual-mono airplane adapter.

Without having read the Focal’s marketing materials, I realized, on pulling them out of my ears when I got off Los Angeles’ Orange Line after two 75-minute Metro trips, that I’d experienced not the slightest amount of discomfort. This was a welcome surprise -- as I implied in the intro, companies making higher-end headphones and earphones often tend to neglect comfort. 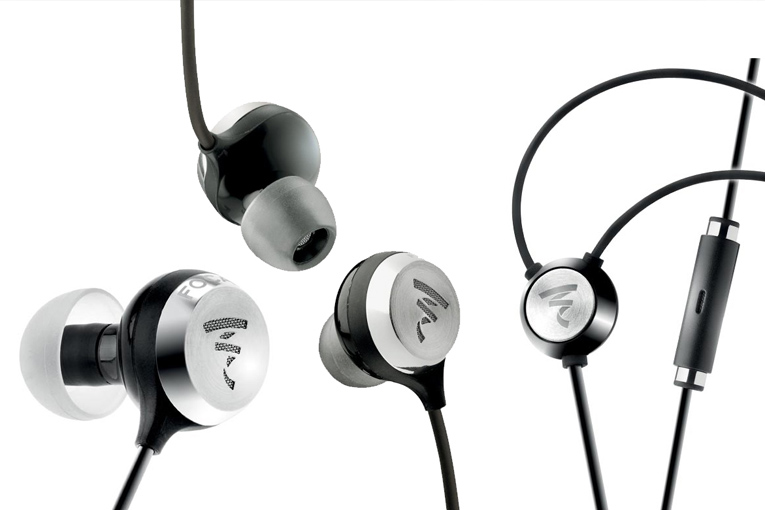 The one-button inline remote worked so well that it left me annoyed that more headphones don’t have such a thing. With a typical three-button remote, I always struggle to find the right button by feel, and often push the wrong one. No danger of that with the Sphears’ remote. I loved that the remote falls right where my hand naturally goes when I place it on my chest, and that I didn’t have to remember which leg of the cable has the remote. All of its functions worked with my iPod Touch and my Samsung Galaxy S6 phone. This remote is an ergonomic masterpiece with one downside: It can’t control volume.

When I used my iPod Touch to power the Sphears, they delivered more than enough volume. I could get the level uncomfortably loud even when playing the Oscar Peterson Trio’s relatively soft, conservatively mastered We Get Requests (256kbps MP3, Verve).

In my experience, the differences among midpriced dynamic earphones often boil down to tonal balance, which can be simply defined as the ratios of bass to midrange to treble. In theory, these should all be the same, with no part of the audioband standing out. In practice, it’s not so simple. Tastes in sound vary: Earphones that sound neutral to me might sound too thin or too bassy to you, and vice versa. Brands such as Beats intentionally make their earphones bassy, to pump up the already bass-heavy sound of Top 40 and hip-hop tunes. On the other end, companies such as Etymotic and HiFiMan seem to cater to the tastes of audiophiles by emphasizing their earphones’ treble output.

My testing of the Sphears reinforced this idea. I compared them with two of my favorite earphones of similar price: the RBH Sound EP3s ($129) and the Sony XBA-H1s ($149). Like the Sphears, the EP3s have a single dynamic driver in each earpiece. The XBA-H1s are a hybrid design with one dynamic driver and one balanced armature in each earpiece. All three are nice products; the differences boil down to what’s important to each listener. 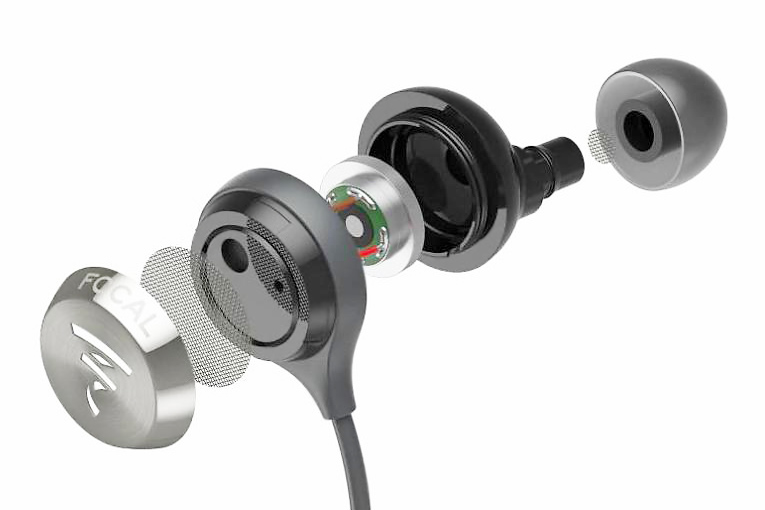 I love to use the later-mid-period Led Zeppelin albums to test tonal balance. In this era, which spans Houses of the Holy and Physical Graffiti, the group’s sound became arguably lighter, and its arrangements more complex and refined, than in the “hammer of the gods” sound that dominated its first four albums. Robert Plant’s vocals also seemed to thin out into a more strained, wailing tone, perhaps the result of years on the road. As a result, these albums can sound grating through many headphones.

Through the Sphears, “The Rover,” from Physical Graffiti (256kbps MP3, Swan Song), delivered what sounded to me like an almost ideal tonal balance. Plant’s voice and Jimmy Page’s guitars sounded full and natural, with none of that strained quality this album has through some earphones and headphones. The sound wasn’t bloated with big bass, yet still had tons of groove, and I could play the Sphears at a satisfying volume without getting fatigued. In my experience, drum kits tend to sound somewhat artificial through dynamic-driver earphones, with overemphases of snare-drum snap and cymbal sizzle -- but through the Sphears, John Bonham’s cymbals sounded smooth and natural, and his snare had just a subtle touch of extra snap. In comparison, the RBH EP3s brought the guitar and voice out a little more, their bass sounded tighter, and the sound was thinner overall. Bottom line: The Focals were more crankable and grooved a lot harder, but the RBHs give an impression of greater clarity.

Almost weirdly, that crankability was just as much in evidence on the Oscar Peterson Trio recording. I normally put on We Get Requests to relax and enjoy the wonderful groove laid down by this trio of pianist Peterson, bassist Ray Brown, and drummer Grady Tate -- but hearing it through the Sphears made me want to crank it up really loud, almost as if it were an AC/DC record. (Later, when I measured the Sphears, I discovered that they have exceptionally low distortion, which may have played a role in that crankability.)

I added the Sony XBA-H1s for “Snanapo,” from the World Saxophone Quartet’s M’Bizo (16-bit/44.1kHz WAV, Justin Time), to present the Focals with a completely different challenge. The opening features five African singers from three different tribes, accompanied by African percussion and a makhoyane, a stringed instrument with a gourd resonator; voices and instruments are spread across the stereo soundstage. The Sphears delivered a wonderfully natural balance of all of the recording’s elements: the voices sounded full without a trace of bloat. Through the EP3s, the soundstage seemed more dramatic, but the voices sounded thinner. The Sony XBA-H1s produced the most seamless and natural sense of space in the beginning, but when the full band kicked in, their bass, while full and satisfying, sounded fatter and softer than the Sphears’ -- or, especially, the EP3s’. 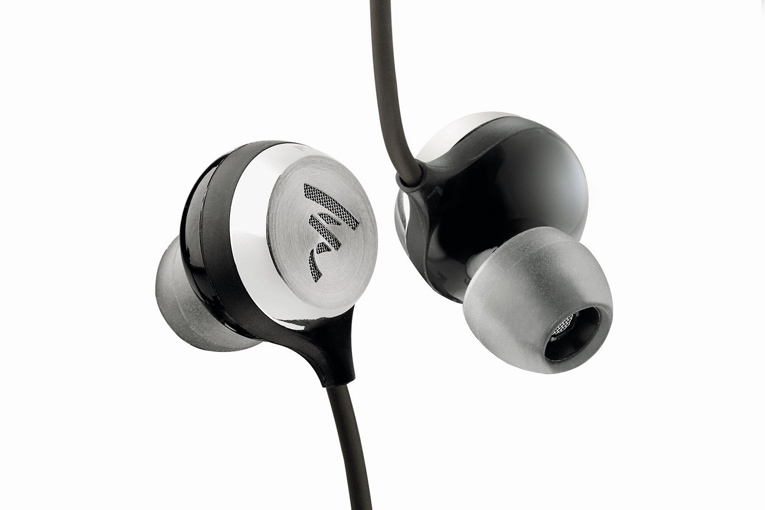 Another revealing example was “Your Favorite Thing,” from power-pop group Sugar’s File Under: Easy Listening (16/44.1 WAV, Rykodisc). Recordings like this -- or “Rosanna,” from Toto’s IV, or any number of other huge-sounding pop tunes -- are great for judging tonal balance because they pack the audioband so full, almost like pink noise. With the Sugar track, the Sphears struck a nice balance overall, delivering a full sound that didn’t call attention to the earphones’ character. The XBA-H1s sounded fatter on bottom, which obscured the voices to some degree, but their treble was the smoothest of the bunch (no doubt thanks to their balanced-armature drivers, which to me almost always sound smoother than even the best dynamics). The EP3s had the strongest treble response and least bass response, which gave the impression of greater detail and tighter bass, but also made Sugar sound a little less kick-ass.

Although the Sonys and the RBHs sound different, I’ve enjoyed both of them a lot; they’re the two earphones I most often grab when I need something for a flight or a bus ride. The Sphears are similar in overall quality, but with a sound that combines a different mix of pluses and minuses.

The Focal Sphears are exceptionally comfortable, well-designed, good-sounding earphones that I found especially enjoyable to use when listening to rock, pop, and jazz -- and any other music in which groove is important. They wouldn’t be my first choice for the audiophile seeking more treble and enhanced detail, but for those who want earphones that simply sound real good and are a pleasure to wear, the Sphears are a great choice.

Mauro 4 days ago Will aptX Adaptive Improve Headphone Sound?
Thanks Brent for the Bluetooth blind test. That was interesting.

David K. 8 days ago KLH Ultimate One Headphones
I have owned these headphones for a while now and I really like them. I ...

Mauro 12 days ago What the AKG K371 Headphones Tell Us About “Slow Listening”
@Brent ButterworthThat makes perfect sense. Even if I thought that other testers put headphones on your ...

Brent Butterworth 12 days ago What the AKG K371 Headphones Tell Us About “Slow Listening”
@MauroI don't blind test headphones. It's complicated to say the least, and in ways it's ...