Final Sonorous III headphones measurements can be found by clicking this link.

Final is a brand from Japan that specializes in exotic, high-end headphones decorated with lots of shiny metal bits. I’ve seen Final headphones at a few headphone shows, but otherwise have rarely encountered them. That’s true of a surprising number of small headphone companies, which seem to do most of their sales through the Internet. When I found out about the Sonorous III headphones, a closed-back design priced competitively at $399 USD, my curiosity was piqued. 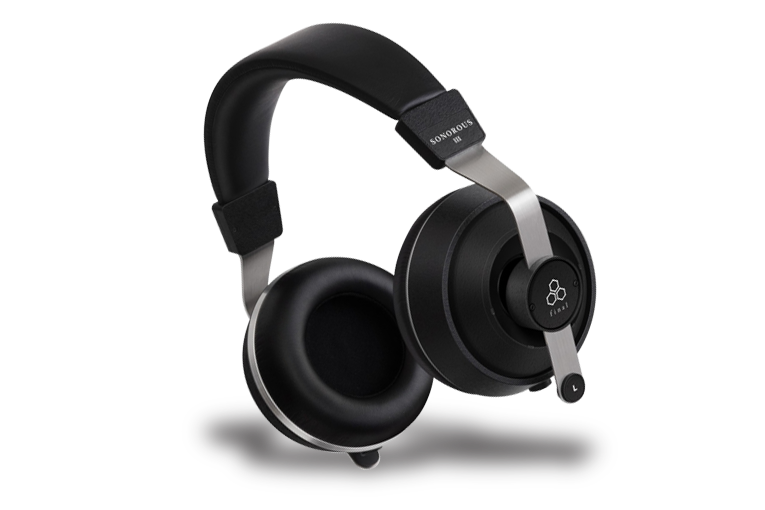 There’s nothing especially unusual about the Sonorous IIIs at first glance, except that most of their competitors are designed to some extent for travel. You probably wouldn’t want to travel with these headphones, however -- they don’t fold in any way, and their earpieces stick out. Surprisingly, though, the stock cable is tipped with a smartphone-friendly 3.5mm plug, and the Sonorous IIIs’ high sensitivity makes them appropriate for use with portable devices.

The guts are more interesting. Each driver is built as an integral part of the glass-impregnated polycarbonate front baffle, and the center of the driver’s diaphragm is made of titanium. The backs are of thick ABS plastic. Still, this is a very straightforward design.

The Sonorous IIIs come with just one accessory: a 63” (1.6m) detachable cable. It’s a nice cable, though, with metal-barreled plugs on both ends and a bayonet-style locking mechanism that prevents them from accidentally pulling loose.

For me, at least, the Sonorous IIIs presented a problem in fit. The earpads, made of a synthetic leather over springy foam, feel rather rubbery. They swivel slightly in all directions, but they’re large. I sometimes found it difficult to get a good seal with them because some part of an earpad wasn’t seated flat on my cheek, and I suspect that people with smaller faces than mine might have even more difficulty. But by fiddling a little, I was apparently able to get a good seal -- because, as explained below, the bass was particularly great. 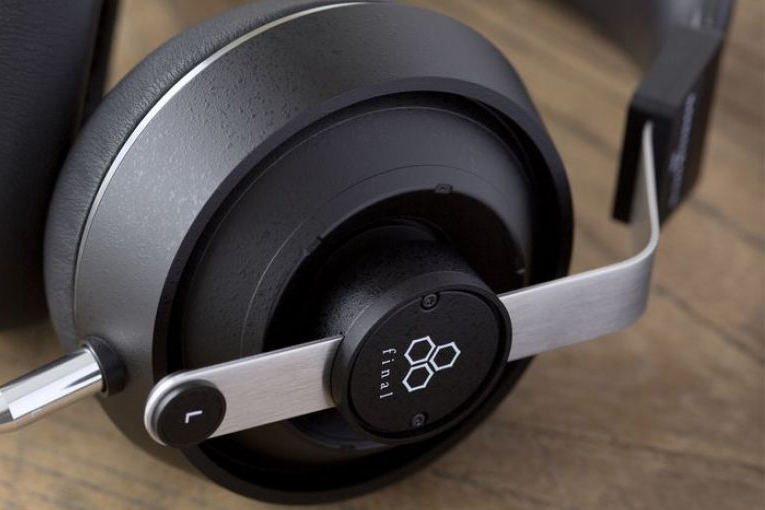 The Sonorous IIIs are also a little more bulky and heavy (14.5 ounces, or 410gm) than most closed-back ’phones in this price range, but nowhere near as heavy as some of the big, audiophile-oriented, planar-magnetic headphones.

The Sonorous IIIs can be used with a headphone amplifier but don’t have to be. Their high sensitivity meant that I got good results whether I was listening casually, using as a source my Samsung Galaxy S6 smartphone, or when I had the Finals hooked up to my big Audio-gd headphone amp.

Most of the headphones I’ve tried get the bass wrong in some way. Often, there’s either too much or too little. Earphones and closed-back headphones tend to have a strong bass resonance in a particular range of frequencies that can make them sound boomy. This drives me crazy -- I’m a bass player, and I know what basses really sound like. I own five of them, from a solid-body DeArmond travel bass with a 19” scale to an acoustic double bass with a 41” scale. So often, when I’m listening to headphones, I think, “I know the bass isn’t supposed to sound like that.” Listening through the Sonorous IIIs, I never thought that for even a second. 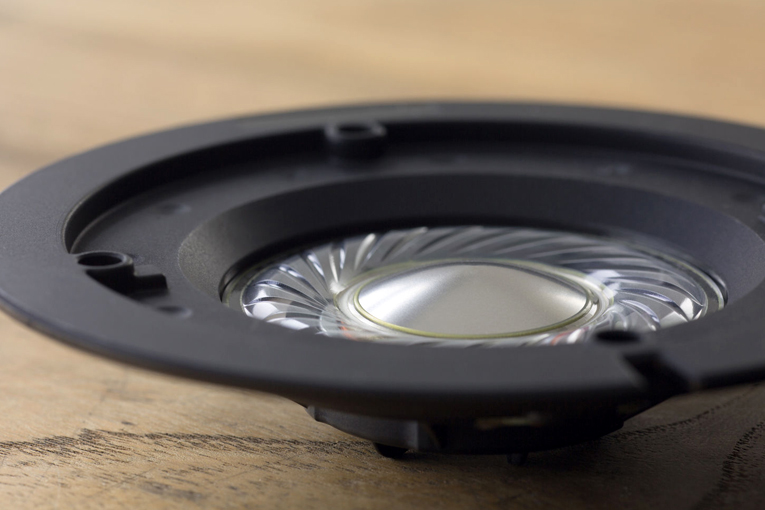 The Sonorous IIIs revealed their character quickly, and in this case that was a good thing. I put on a complex recording, “Re Run Home,” from tenor saxophonist Kamasi Washington’s The Epic (MP3, bitrate unknown, Brainfeeder/Amazon Prime), and immediately heard that the headphones’ sound was well balanced, with nothing particularly sticking out in the mix. The sounds of the saxophone, trombone, piano, and percussion were natural and neutral, with no obvious coloration, all with a nice, wraparound sense of space. What really got me, though, was the insistent, dead-on-the-beat drive of the electric bass.

When I switched to my favorite midpriced closed-back headphones, NAD’s Viso HP50s ($299), they delivered a bigger, more natural, more seamless sense of space (although with a less-focused sound on the solo instruments), but the bass boomed somewhat, and the power of the groove wasn’t as strong. 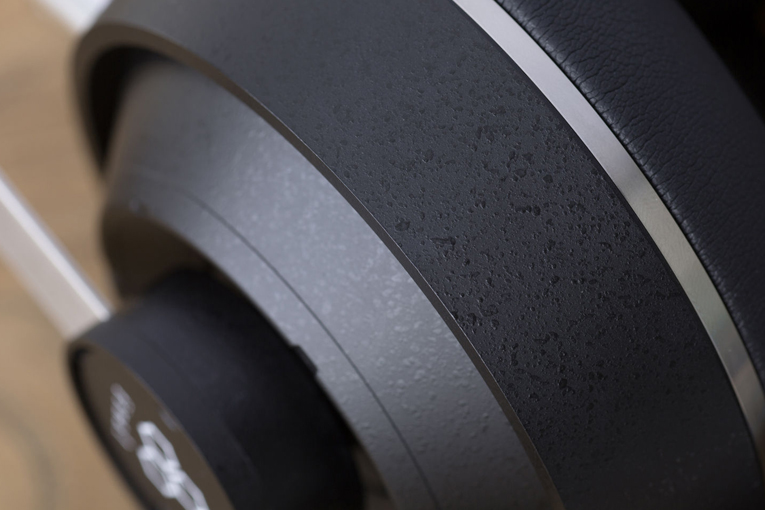 For a jazz recording, The Epic is complex and heavily produced, so I switched to a more straight-ahead side: alto saxophonist Jim Snidero’s Main Street (256kbps MP3, Savant). In my favorite track, “Post Time Saratoga,” Linda Oh’s double bass in her solo sounded just right through the Sonorous IIIs, with what sounded like the perfect amount of box resonance, a just-right fullness, and all the upper-end detail I wanted -- but with none of the excess finger and/or string noise that some treble-heavy audiophile ’phones deliver. Sure, some double bassists go after that big, boomy, resonant sound, but Oh’s sound is cleaner and more melodic, and the Sonorous IIIs captured it perfectly. The one thing in “Post Time Saratoga” that I thought the Sonorous IIIs got wrong was that Rudy Royston’s ride cymbal sounded a bit too sizzly.

Wondering how the Sonorous IIIs might handle music with fuller, more powerful bass, I put on “Consumption,” from ZZ Top’s La Futura (16-bit/44.1kHz WAV, American). This album was produced by Rick Rubin, known for his heavy use of dynamic range compression, and ZZ Top bassist Dusty Hill has always favored a fat, old-school, Texas-blues bass sound. Again, the Sonorous IIIs produced a tonally neutral sound, with clear and natural reproduction of voices and guitars, and just a little extra hiss on Frank Beard’s cymbals. The bass guitar and kick drum sounded tight, powerful, and perfectly in sync. Switching to the HP50s smoothed out the sound of the cymbals, but now the bass boomed a bit. 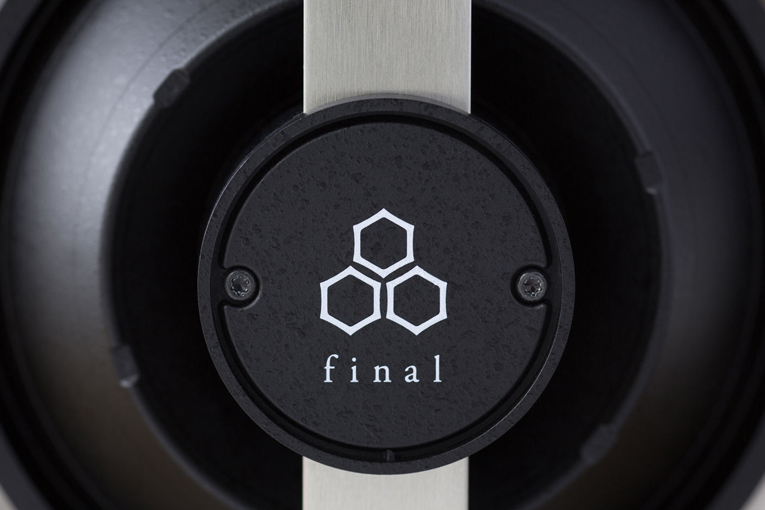 No matter what I played, I heard similar results, and which headphones I preferred depended on the music. Music with more bass and rhythmic drive favored the Sonorous IIIs. Music with lusher production, and in which the rhythm wasn’t as important, favored the HP50s. One great example is “Don’t Save Me,” from Haim’s Days Are Gone (256kbps MP3, Columbia). The HP50s’ big, naturally even soundstage made this heavily produced recording sound appropriately huge, and its cleaner high-frequency reproduction made the voices and percussion sound smoother. Through the Sonorous IIIs, the bass did sound tighter, more even, and less resonant, but the snare drum sounded too zippy and lacked body, and some of the sense of space was lost. But the Sonorous IIIs’ sound was still quite good -- going up against the NAD HP50s in a spaciousness shoot-out is a losing proposition for almost any closed-back headphones.

The Final Sonorous IIIs have a neutral sound overall, with some of the most perfect, natural, grooving bass reproduction I’ve ever heard from headphones. They produce a nice sense of space, and they bring individual instruments into sharp focus, even if they’re not the most spacious-sounding headphones I’ve heard. Assuming they fit the user’s head and ears well, it’s hard to imagine that anyone seeking natural sound reproduction with solid rhythmic drive won’t like the Sonorous IIIs.

E-mail: This email address is being protected from spambots. You need JavaScript enabled to view it.