These wireless headphones seem to have been designed at the same time as the wired UR42i model, reviewed in January. They’re lightweight, with simple-to-use controls and very good sound, and their price of $99.99 USD makes them an attractive choice for those seeking wireless cans that can also be used wired. 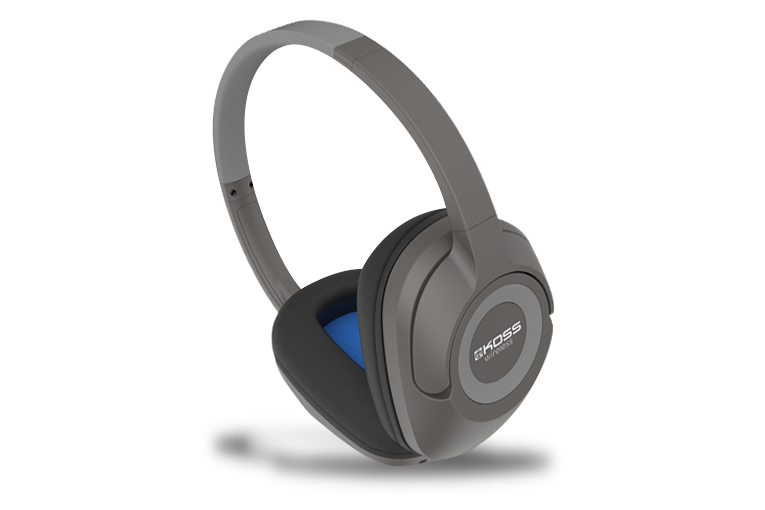 Like the wired UR42i’s, the BT539ik’s are packaged simply, in an attractive box with a large plastic window affording a clear view of the headphones within. The BT539ik’s sit in a clear plastic cradle; a clever fold-back lid reveals a compartment containing a startup leaflet, a USB-to-Mini-USB charging cable, and a 3.5mm audio cable, both cables blue to match the inner surface of the headphones’ earcups. Earcups aside, the BT539ik’s are available in gray or white and, like the UR42i’s, are made almost entirely of plastic, with half-inch-thick earpads and a light, unpadded headband. They weigh 6 ounces -- just a tenth of an ounce more than the UR42i’s.

The earcups have the iconic D-profile, mimicking the shape of the ear. Since they fit only one way, Koss has trusted the user’s intelligence and not marked the earcups “L” or “R.” When folded so that the earcups face each other, the BT539ik’s measure 5.75"W x 7.5”H x 3”D. Each earcup is 4.75”L x 2.75”W, leaving a 2.5”L x 1.25”W space for the ear. The left earcup sports the Koss logo but is otherwise unmarked, except for three tiny slashes indicating the presence of a microphone, for use with smartphones. 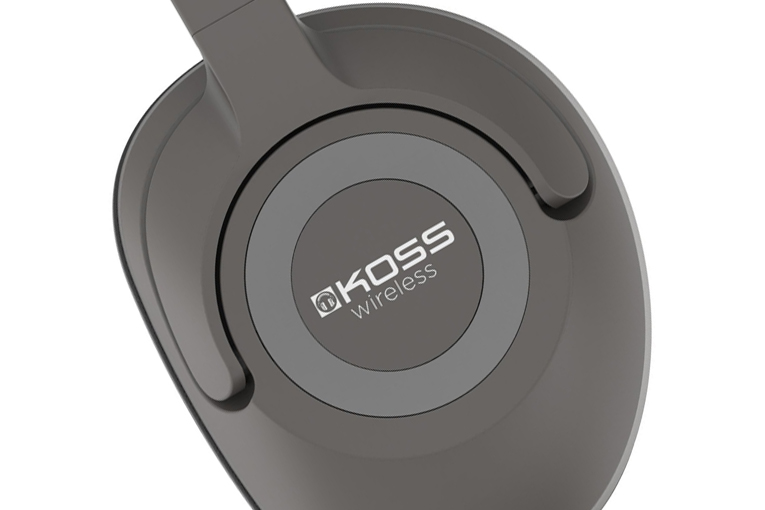 The right earcup is more complicated. At its bottom are jacks for the charging and audio cords, and LEDs that glow or flash red or blue to indicate the operating status. On the outside center of the earcup are controls marked by raised symbols: at 12 o’clock a “+” for volume up, and at 6 o’clock a “-” for volume down. At 3 and 9 o’clock are arrows for skipping forward and back. In the center, marked by a Koss logo in bas-relief, are the controls for play/pause, power on/off, microphone, and Bluetooth pairing. The detented headband adjustment is identical to that on the UR42i ’phones.

Koss specifies the BT539ik’s as having a frequency range of 10Hz-20kHz, an impedance of 38 ohms, and a sensitivity of 97dB SPL. There’s a one-year warranty -- quite a cry from the lifetime warranty on the UR42i’s, which cost only $49.99. I guess all the electronics involved in making wireless headphones are more liable to breakdown.

Overall, using the BT539ik’s was a pleasure. I thought the lightly padded headband might have made them slip around a lot, but they fit snugly and securely, without pinching -- I couldn’t dislodge them even when I shook my head violently. And they’re so light that I often forgot I was wearing them. They can be used anywhere from the gym to the armchair.

Bluetooth pairing went off without a hitch, and the range of operation was about normal for my place: 23’ indoors, and about 30’ outdoors.

The charge time was about four hours, and the charge lasted for 14 hours without sign of fading. Once my fingers got used to the pattern, the earcup controls were easy to use.

Much like the wired UR42i’s, the BT539ik’s, used wired, provided solid sound quality that was smooth from top to bottom and tonally even, as I’ve found to be typical of Koss headphones. However, I felt the bass was a bit more reticent than through the UR42i’s. Still, the sounds of the two models were very similar overall; most listeners would probably be able to tell them apart only in a side-by-side comparison.

Used in Bluetooth wireless mode, however, the BT539ik’s sounded different: The bass remained about the same in terms of quality and quantity, but the midrange lost a little presence, and the highs seemed more diffuse. I surmise that the differences are due more to the limitations of the Bluetooth technology than to anything else. That Bluetooth sounded even close to the wired sound is surprising. But listening wirelessly or wired, I found it impossible to push the BT539ik’s drivers into distortion. 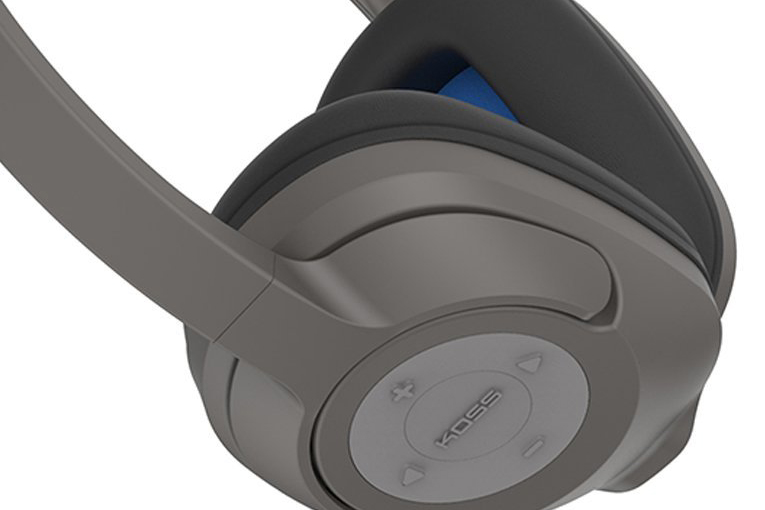 Cloudburst, the final movement of Ferde Grofé’s Grand Canyon Suite, with Howard Hanson conducting the Eastman-Rochester Symphony Orchestra (16-bit/44.1kHz ALAC, Mercury Living Presence), has lush string passages punctuated with the bright sound of glockenspiel and, in the storm sequence, gong, cymbals, and other percussion, including piano. The BT539ik’s provided a relatively transparent soundstage, with the percussion instruments audible in a manner almost spotlit. All in all, an exciting listening experience.

The finale of Gypsy is a tour de force for Ethel Merman, who sings Rose in the original cast recording (16/44.1 ALAC, Sony). Brassy and sassy, Merman declaims her lines in her best foghorn voice. Through the Koss ’phones, the interjections from the brass and drums had punch and presence, and the subtleties of Merman’s vocal delivery in the transition section (“Mama’s gotta let go”) were faithfully reproduced, based on what I know of the recording. 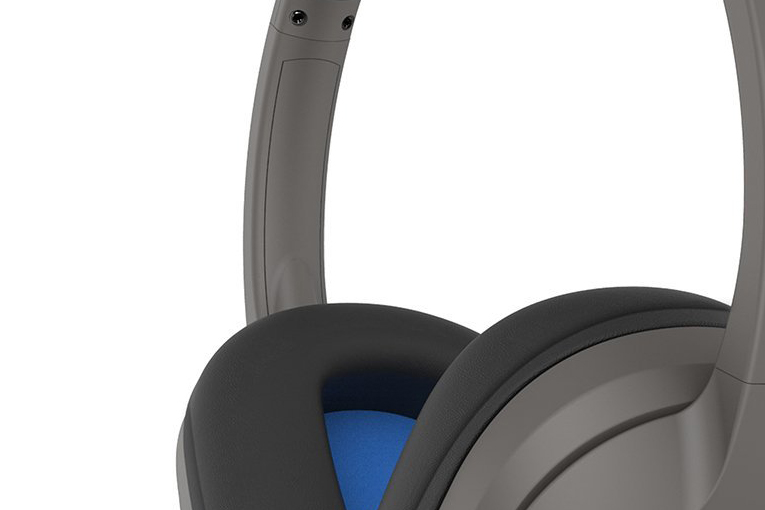 Ben Fold’s rollicking, aggressive piano playing in “The Last Polka,” from his album Live (16/44.1 ALAC, Columbia), came off really well through the BT539ik headphones, as did his expressive if threadbare voice. The microphone taps, and the murmurs and cheers of the audience, made me feel as if I were there at the concert.

Listening to different types of music through the Koss BT539ik’s, in both wired and wireless modes, bore out my first impressions: These are good all-purpose headphones, especially considering their price of $99.99. They sound almost as good as their wired counterparts, the UR42i’s, to which they add very good Bluetooth sound. But if you can afford $199.99 (or less -- they’re often discounted), I recommend checking out Koss’s very first Bluetooth model, the BT540i headphones. They weigh two ounces more but have more focused bass, are more transparent, and fold up into a smaller space to fit in just about any carrying bag. All of this earns the $100 difference in price between them and the BT539ik’s. But if you’re strapped for cash, the BT539ik’s give good value for your buck, and offer rewarding sound.

Brent Butterworth 8 hours ago The Biggest Lie in Audio
@Klaus ChristensenWe have fully arrived when it comes to predicting what speakers and headphones most people ...

Doug Schneider 9 hours ago The Biggest Lie in Audio
@Klaus Christensen"My point is (and it is the only point!) that we haven’t fully arrived."
I agree ...

Klaus Christensen 17 hours ago The Biggest Lie in Audio
@Doug SchneiderBasically we are in agreement!
The subjectivism versus the objectivism debate has been going on for ...