At $999 USD, HiFiMan’s new Ananda headphones blur the distinction between the company’s “first class” planar-magnetic headphones and its “business class” models. Most of the company’s top models, such as the HE1000 V2s ($2999), have ear-shaped, oblong earpieces with very open rear grilles that present negligible acoustical impedance to the drivers. The mid-priced models, such as the Sundaras ($499), have round earpieces with less-open, perforated metal grilles. The Anandas are the least-expensive models with the oblong earpieces, priced close to the most expensive of the “business class” models. 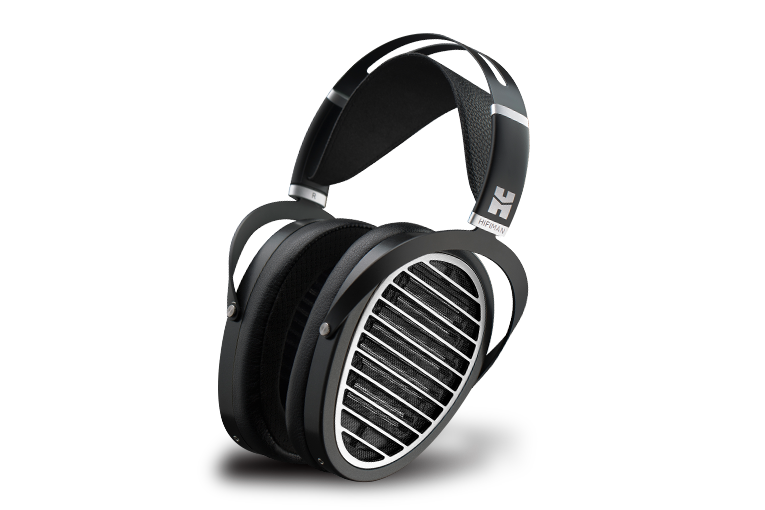 In some ways, the Anandas appear to be a reconfigured, upscale version of the Sundaras. Both use the same headband, and both employ the company’s NsD, or Neo Supernano Diaphragm, which is said to be just 1 to 2 microns thick. The thinner the diaphragm, the better its high-frequency response and the faster its impulse response should be. The Anandas have flat-faced earpads that are the same thickness all around, instead of the angled earpads found on the rest of the headphones that share their basic form factor.

One nice improvement on the Anandas is the switch from 2.5mm input jacks on the earpieces to 3.5mm jacks. I found the contact clamping force inside the 2.5mm jacks weak enough that I sometimes accidentally unplugged them with a light tug on the cable, and I also found their slim design fragile enough that I broke a couple of the plugs; a friend who owns HiFiMan’s original Edition X headphones voiced the same complaint. The new 3.5mm jacks should be much sturdier and less prone to accidental disconnects, and they might be easier to accommodate should you want to use aftermarket cables from a different brand, or make your own cables.

While the Anandas’ open-back design, large form factor, and lack of a carrying case make them all but useless for portable applications, their rated 25-ohm impedance and 103dB sensitivity should make them practical for use with the relatively feeble headphone amplifiers built into most smartphones, tablets, and computers. So while the Anandas aren’t a good choice for travel, you should, if the specs are accurate, be able to use them with whatever source device you have at hand. 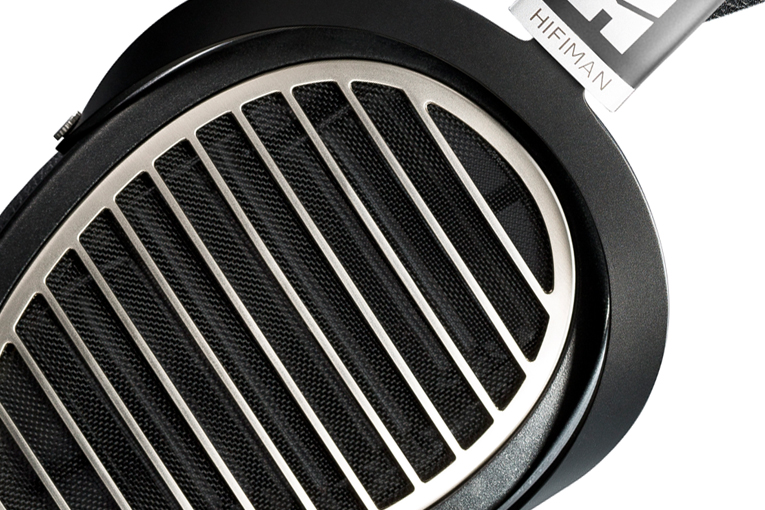 Like many HiFiMan headphones, the Anandas come in a handsome presentation box that provides secure storage and will probably impress your friends, but is too bulky to provide a practical way of transporting them. The headphones come with just one cable, which has a 3.5mm plug on the source end and 3.5mm plugs that connect to each earpiece. I couldn’t find a cable on HiFiMan’s website that lets you use the Anandas with balanced sources, but my guess is that they’ll offer one soon. 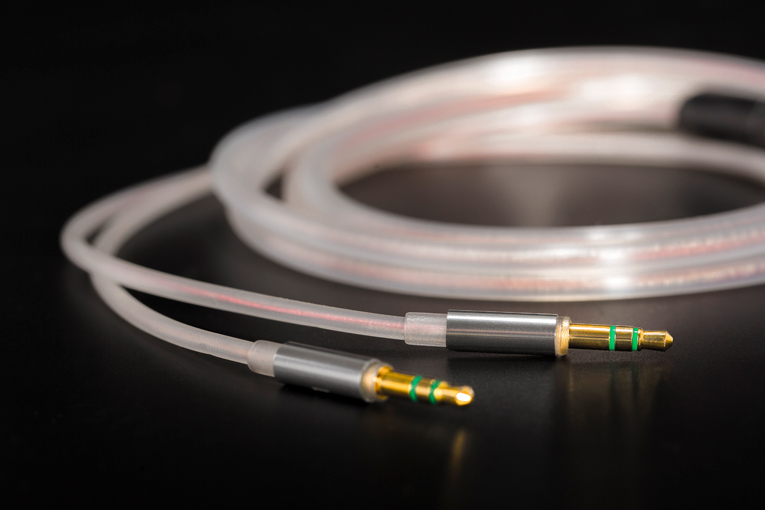 One downside to the Anandas’ design, compared with the HE1000 V2s and many other HiFiMan models (including the HE400i headphones, which often sell for less than $200), is that the earpieces do not swivel. There is a little bit of play in the headband that allows them to tilt back and forth slightly, but for me, at least, it wasn’t sufficient to allow the earpads to seat as comfortably against my face as I’d like. This might be more critical in big headphones such as these, because the earpieces are large enough that they may leave some unsealed space around the ears for listeners with smaller heads. Seal isn’t as critical for open-back headphones, but still, if your hat size is on the small side, I’d be sure to try these on before buying them.

The Anandas are sensitive enough to use with a smartphone, within limits. I got a somewhat adequate volume using them with my Samsung Galaxy S9 phone, but the sound was pretty thin. Driving them from my iPad was more satisfying; I got about 4dB more volume and fuller bass response. So while it’s possible to drive them with a phone or tablet, I’d recommend using a good portable music player or an external amp.

In the casual listening sessions I did before sitting down to evaluate the Anandas, I noted lots of detail and space, and not a lot of bass. For example, in the awesome Claus Ogerman orchestral arrangement of “The Girl from Ipanema,” from Antônio Carlos Jobim’s Wave album (320kbps Ogg Vorbis, A&M/Spotify), I could easily pick out all of the many solo instruments, and could easily hear some guy humming in the background in the right channel during the percussion intro in the first four bars. I didn’t hear a lot of bass, but the bass I did hear sounded tight and punchy; it was well-defined, even though it wasn’t loud. 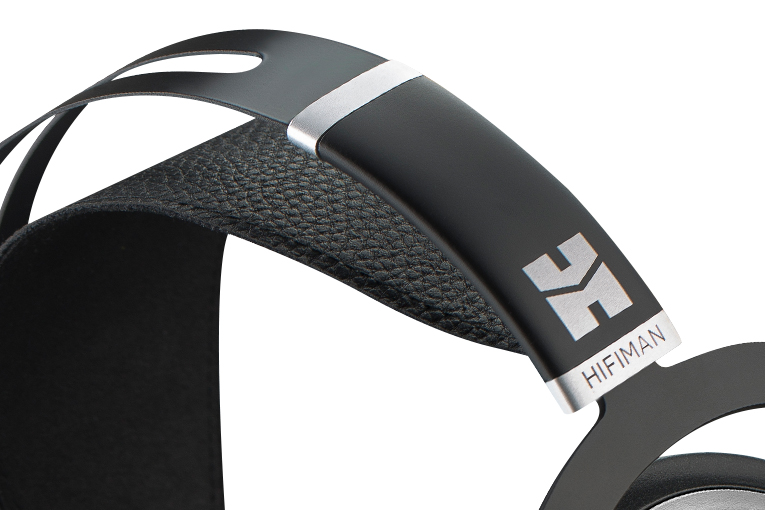 The scientists at Harman Research have found in their studies that Tracy Chapman’s “Fast Car” (Tracy Chapman, 16-bit/44.1kHz WAV, Electra) is the most consistently revealing piece of music they’ve found for audio product listening tests, so I play it on all the headphones and speakers I review. Through the Anandas, “Fast Car” sounded detailed and airy, with a spacious sound that made it seem a little less like I was listening to headphones. The bass on this track -- a smoothly recorded, not very dynamic electric bass line -- sounded adequately full and satisfying. Chapman’s voice sounded a little on the thin side, probably because of what sounded like a little extra energy in the low treble region.

Travis Scott’s hip-hop hit “Sicko Mode” (320kbps Ogg Vorbis, Epic/Spotify) is a musical about-face from “Fast Car,” with a sparser but more instrumentally varied production and a lot more bass. Not surprisingly, the Anandas didn’t have the bass oomph to give “Sicko Mode” the kick it needed; the bass seemed like it was down 4dB from where I’d want it, and I’d guess 10dB from where Scott would like it. Nonetheless, the clarity of the Anandas’ reproduction of Scott’s vocal impressed me, and while his voice did sound a little bright through the Anandas, it didn’t sound edgy or harsh. I also got a great sense of space from all the song’s various instruments and effects, something I don’t hear through most of the closed-back (and even many open-back) models I test. 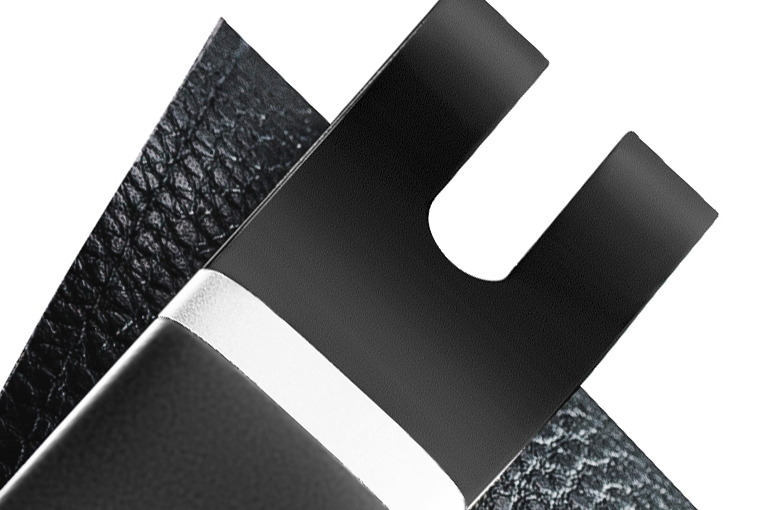 Back to a little more audiophile-ish stuff. The piano on Holly Cole’s version of “It Could Happen to You” (Holly, 16/44.1 WAV, Universal) can sound a little hard and thin through treble-heavy audiophile headphones, almost like a cheap upright, so I worried that the Anandas might not get it right. But they pretty much did, giving the piano (a grand or baby grand, I assume) plenty of heft and body, and a more natural sound than some of the competitors I tried (more on that later). Cole’s voice, which has a rather warm and intimate character, did sound a little bit bright through the Anandas, but overall, I liked what I heard.

The Replacements’ musically great but often technically mediocre recordings can sound hashy and trashy through revealing audiophile gear, especially if that gear doesn’t have a lot of bass power. The band’s “Hold My Life” (Tim, 320kbps Ogg Vorbis, Sire/Spotify) definitely needed more bass than the Anandas could offer; the kick drum and bass guitar seemed somewhat attenuated, and the snare didn’t have much body. But singer Paul Westerberg’s voice sounded exceptionally clear.

The HE1000 V2s’ treble was definitely more refined and detailed than the Anandas’, and the HE1000 V2s’ bass was also fuller, with more bloom, yet also better-defined; I imagine the improvement in bass has a lot to do with the superior acoustical seal provided by the HE1000 V2s’ swiveling earpieces. The HE1000 V2s do have a bit of a crispy edge to their mid-treble response, perhaps somewhere between 6 and 8kHz, which I don’t like but I’ve mostly gotten used to, and the Anandas don’t have that same peak.

I also ran the Anandas and a few competitors past two outside listeners: John Higgins, who holds a masters in music performance from USC and has served as a frequent contributor to Wirecutter and Sound & Vision; and LeRena Major, a Los Angeles saxophonist who’s held several positions in the music business and is a voting member of the National Academy of Recording Arts and Sciences. Both of them thought the treble and upper mids of the Anandas sounded clear, but they both wanted more bass -- and they both felt that the Anandas didn’t fit them properly. “I can’t get them to sit right on my ears,” LeRena said, “and that seems to take some of the punch and kick out of the sound.”

As anyone who’s read a few of my headphone reviews knows, I’ve generally enjoyed the sound of HiFiMan’s open-back planar-magnetic headphones, and some of them have ranked among my all-time favorites. But the Anandas don’t work as well for me (or my outside listeners), and my guess is that the issue is that the lack of a swivel makes the seal of the large earpieces on the listener’s head less predictable and reliable. These headphones will likely work great for some listeners, depending on their head shape, but if you’re looking for the big, spacious HiFiMan sound, I think you stand a better chance of getting what you want with one of the models that has swiveling earpieces.