A few months ago, Beyerdynamic released third-generation models of its classic T-series headphones: the open-back T1 and the closed-back T5 (both $999 USD). I literally flipped a coin to decide which to review first, and the T5s won. To say I was impressed with the T5s would be like saying François Moutin is a good bass player. (More about him later.) I used to dislike high-end, closed-back headphones in general because too many of them had a boomy resonance that muddied the bass, but I’m finding that some of the most recent ones to cross my test bench—such as the T5 and the Dan Clark Æon RT Closed headphones—have been fully up to the performance of comparable open-back models. So let’s see if the T1s meet the T5s’ high standard. 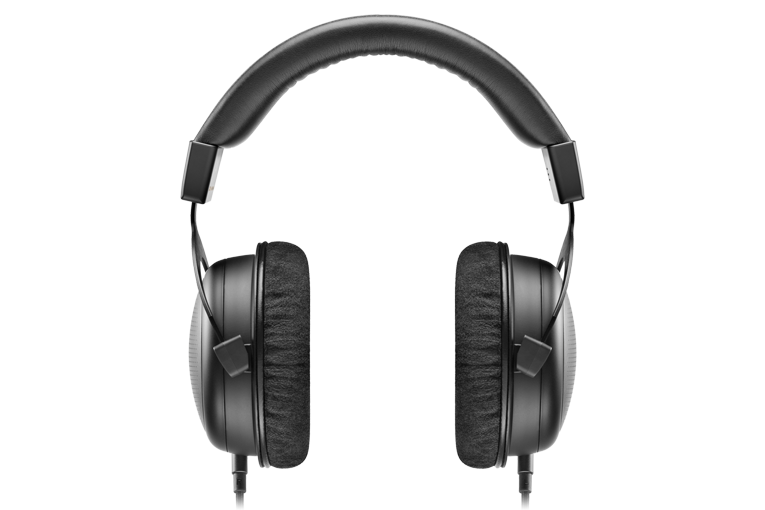 It’s hard to tell the T1 and the T5 apart visually. When I unpacked them, I immediately labeled each one with painter’s tape and a Sharpie, knowing I’d mix them up otherwise. The guts are basically the same: a 40mm dynamic driver in each earcup with the middle 30mm or so covered with thick damping material. The drivers are pushed to the front of the earcups and angled toward your ears, so they hit your ears a little more like a set of speakers would. That’s not to say the two headphones are the same, though—it’s quite possible and even likely that Beyerdynamic altered the driver some to optimize it for the headphones’ differing acoustics.

The most obvious difference between the two is the material of the earpads. Both use multilayer padding composed in part of memory foam, but the T1s’ pads are covered in velour while the T5s are covered in protein-coated synthetic leather. The padded headband appears to be the same on both models. The cable is also different: the T1s come with a 9.75′ (3m) cable better suited to home use, while the T5s come with a 4.6′ (1.4m) cable intended for portable use. 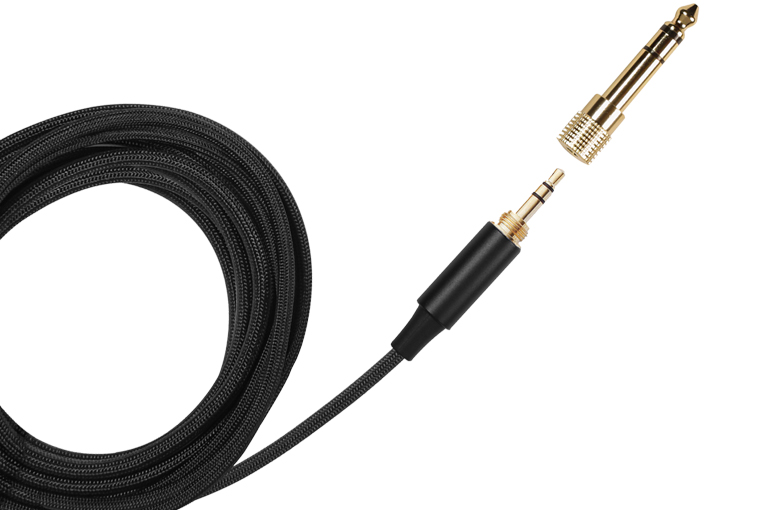 The T5s are rated at 32 ohms impedance, with claimed sensitivity of 100dB/1mW, so even your smartphone should drive them easily—provided it’s one of the dwindling number of phones equipped with a headphone jack.

The package includes the headphones, a nice semi-hardshell travel case, a 1/8″-to-1/4″ (3.5mm to 6.3mm) adapter, and the aforementioned cable, which uses 1/8″ plugs on both ends. If you need a balanced cable with a four-pin XLR connector, Beyerdynamic offers a 9.75′ one for $145.

I raved about the T5s’ comfort, and the T1s are as comfortable—with one exception, the velour earpads, which I’ve never been a big fan of. They feel a little itchy to me, as most velour pads do. 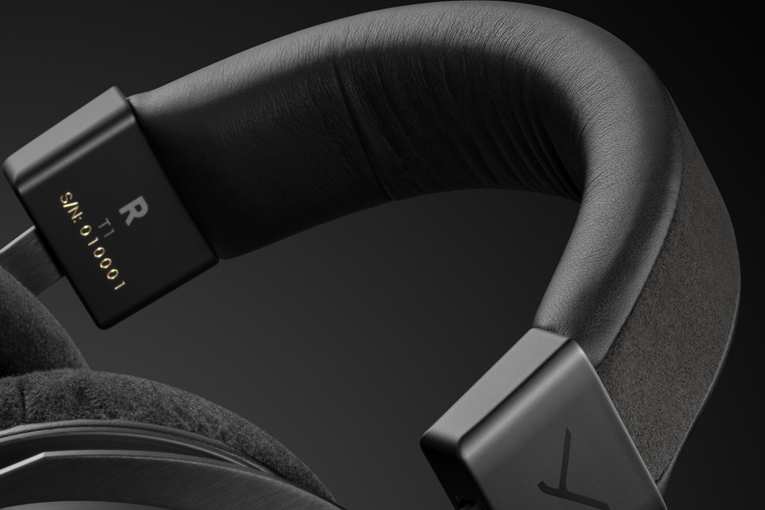 The T1s do, indeed, play quite loud from a smartphone. I mostly used them with the AudioQuest DragonFly Cobalt DAC-headphone amp, but I didn’t need to, as my Samsung Galaxy S10 phone got them playing plenty loud with the volume set at around 80%.

Open-back headphones have a reputation for having weaker bass than comparable closed-back models, but that’s certainly not the case with the T1s. Now here’s where François Moutin comes in. He’s the remarkable double bassist on a jazz album that’s made it onto some best-of lists for 2020: Faune, by the Raphaël Pannier Quartet (320kbps Ogg Vorbis, French Paradox / Spotify). I’ve heard few bass players of his caliber—he has the chops and freewheeling swagger of Christian McBride, but with a brighter sound that makes it easier to hear his lightning-quick scalar runs and shockingly in-tune double-stops. I’ve been listening to his rip-roaring solo on “Midtown Blues” through lots of headphones and earphones. Through the T1s, all of his licks came through clearly, although the T1s gave me more of a sense of the resonance and boom of the big soundbox than I got with most of the other headphones I heard. That’s the opposite of what I expected from an open-back model, but I later read on Beyerdynamic’s website that the T1s have “gently intensified bass.” 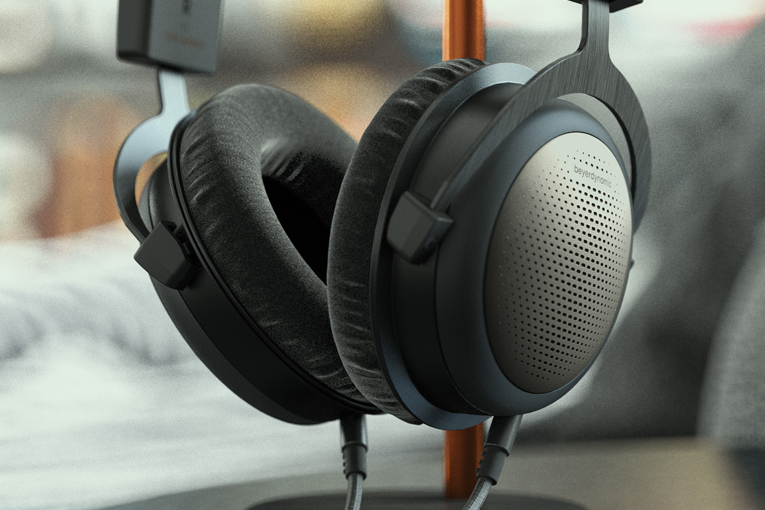 The rest of the sound was hard to complain about unless you prefer a bright, thin tonal balance. I liked the way the T1s conveyed all the detail and subtleties of drummer Pannier’s brushwork, even though the balance sounded slightly soft. Listeners who don’t like the trebly sound of many audiophile headphones (and based on my e-mail inbox, there seem to be many) will probably find the T1s a refreshing change of pace. Faune isn’t a super-spacious recording—it’s a straightforward jazz side, apparently made in a modestly sized studio with little artificial reverb added—but the T1s faithfully captured that vibe, as I heard a nice bit of room reverberance from the piano and the toms, but a drier, more focused sound from the bass and the rest of the drums.

I always like to listen to a few not-so-great recordings on any headphones I test; some headphones, because they’re too bright sounding or too boomy, can make these recordings unlistenable. A great example is the soul classic “Move on Up” (Keep on Keeping On: Curtis Mayfield Studio Albums 1970–1974, 24-bit/96kHz FLAC, Rhino/Qobuz). Despite a 2019 remastering, the horns still blare a little, and the strings still grate a lot. But with the T1s, the groove was solid, Mayfield’s voice sounded smooth, and it was easy to pick out the two complementary rhythm guitar parts, the individual notes in the bass line, and to some extent, the individual horns. I did think the bass was a little accentuated, but not by a lot—pulling up the EQ on my phone and bringing the 63Hz slider down 3dB and the 125Hz slider down 1dB got the bass right about where I thought it should be, although I think a lot of people would prefer the bass just the way the T1s deliver it. I think that the mid-treble also sounded a little boosted, maybe a couple of dB up somewhere around 5kHz, which made Mayfield’s voice and the horns sound just a bit bright. 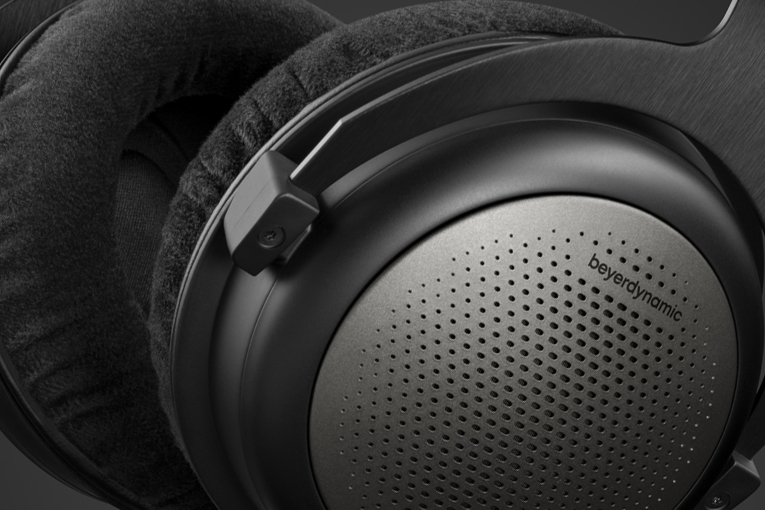 Just out of curiosity, I put on a recording of Miles Davis’s classic “All Blues” that I’d recently done for a jazz class I’m taking, with yours truly on double bass, conga, and electric tenor guitar. When I mixed it, I monitored on JBL 305P MkII studio monitors and AKG K371 headphones. Deride me if you will for drinking the Harman Kool-Aid, but through the T1s, the recording definitely sounded bassier (and a little boomier) than I intended when I did the mix. I can’t say whether you’d like the T1s’ balance or the K371s’ balance better (and I do find the K371s a tad bass-shy); this merely puts the T1s balance in perspective.

But then I put on the title track of Ariana Grande’s Positions (24/44.1 FLAC, Republic/Qobuz). Being that it’s a typical modern production (with, I just have to point out, eight people credited as “composer/lyricist”), I assumed it would have a zillion tracks of overdubbed vocals and instruments with colossal-sounding bass. And yeah, it did have all that, but the T1s seemed to get the bass level just right, perfectly balancing out Grande’s not-super-full-sounding voice and capturing the huge, artificial ambience. I felt like that little bit of mid-treble boost was present here and on the opening track, “Shut Up,” but it was subtle enough that I’d call it a characteristic rather than a flaw.

I compared the T1s with a variety of audiophile headphones, including the T5s, the Beyerdynamic Amiron Homes ($599), the Audeze LCD-Xes (originally $1699, now $1199) outfitted with Dekoni Choice Suede earpads, and the HiFiMan Sundaras ($499).

The T1s definitely have a sonic signature that’s noticeably different from that of the T5s. When I played Diana Krall’s recent recording of the standard “But Beautiful” (This Dream of You, 24/44.1 FLAC, Verve/Qobuz), I could definitely hear the T1s’ fuller bass, and also that little extra zip in the mid-treble, which I assume was added to balance out the bass. There was lots of detail, but the different harmonics of the instruments in the treble didn’t seem as clear to me as they did with the T5s—and that’s no surprise, because that extra bass would likely obscure portions of the treble to some subjective degree. The LCD-Xes were bassier still, and of course, the Sundaras were the trebliest, with the bass-light balance typical of most HiFiMan headphones. 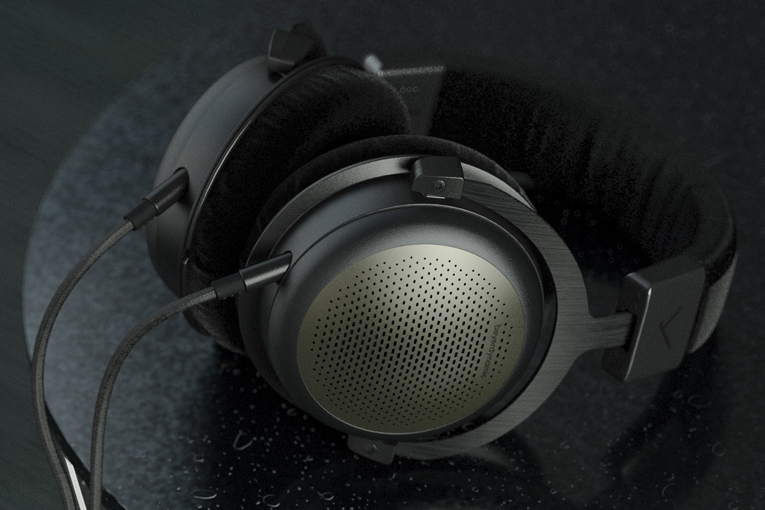 I heard much the same difference when I played the title track of the Seals & Crofts album Summer Breeze (16/44.1 FLAC, Warner/Qobuz)—the T1s’ bass sounded fuller and the mid-treble a bit accentuated, which means the mids weren’t as present. I think if most people did a quick comparison between the two headphones, they might describe the T1s’ balance as “mellower” than the T5s’.

I’m crazy about the T5s, and you can tell from my comments and the measurements that the T1s are different from the T5s. I can’t tell you that the two significantly different-sounding headphones are equally great to my ears. But I can tell you that you should listen to both before you buy one or the other. They’re both very good, and neither has sonic colorations I found troublesome. I find the T5s’ balance more natural, but you might disagree. I sure hope we can get back to having headphone shows so you can easily make the same comparison for yourself.

E-mail: This email address is being protected from spambots. You need JavaScript enabled to view it.
Website: www.beyerdynamic-usa.com

Brent Butterworth 19 hours ago Are There Valid Objections to the Harman Curve?
@Douglas BarnesThanks for the tip on the BIS string quartet recordings. Using one in my next ...

Douglas Barnes 2 days ago Are There Valid Objections to the Harman Curve?
Thanks for hosting a rare civil discussion of a topic that seems to generate heat ...