I think I know why there’s so much emphasis on closed-back audiophile headphones now. A couple of years ago, they were few and far between, but now they’re becoming almost as common as open-back audiophile headphones. My guess? The COVID-19 pandemic, and the increase in the amount of time families spend together, left people wanting some personal sonic space where others couldn’t annoy them without putting some effort into it. So I wasn’t too surprised to hear, after I’d reviewed the Monoprice Monolith M1570 open-back headphones, that the company also has a closed-back model, the M1570C (both $599.99, all prices USD).

As with the M1570s, the M1570Cs seem like a somewhat less frilly, much less pricey version of the big planar-magnetic headphones sold by Audeze. Like most of the Audeze models, the M1570Cs are bulky, fitted with super-soft, plush lambskin-covered earpads (with velour-covered pads also included) and beefy four-pin locking XLR connectors. 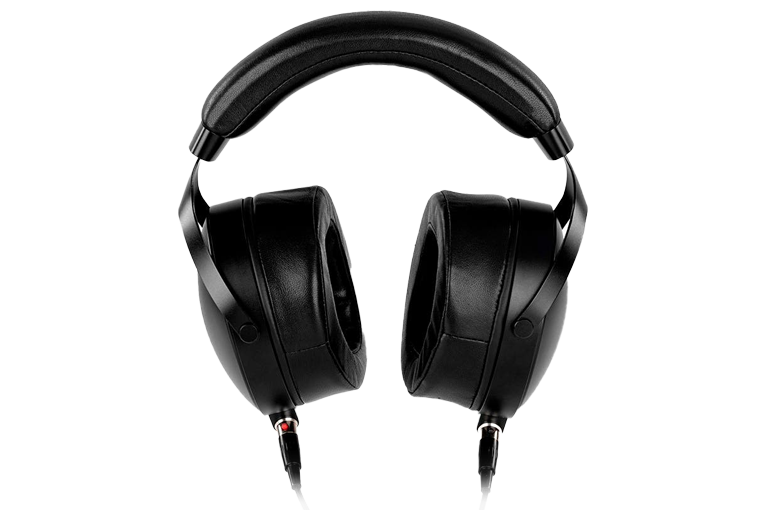 The 106mm (4.2″) driver in the M1570 and M1570C headphones is the same size as the one in Audeze’s long-acclaimed LCD-X headphones ($1199). The rated impedance is 60 ohms, which is a little on the high side, and the sensitivity is rated at 90dB at 1mW on the main web page for the M1570s, but 97dB on the specs page. The former is low enough to make using a headphone amp or DAC-amplifier a near-requirement. Fortunately, we have measurements accessible through the link at the top of this review to sort this stuff out.

If you want a balanced connection, Monoprice uses a different pin-out on its XLR connectors than Audeze does, so aftermarket cables designed for the LCD-Xes will not work with the M1570Cs. However, Monoprice now offers a balanced cable with a four-pin XLR on the source end for a reasonable $79.99. 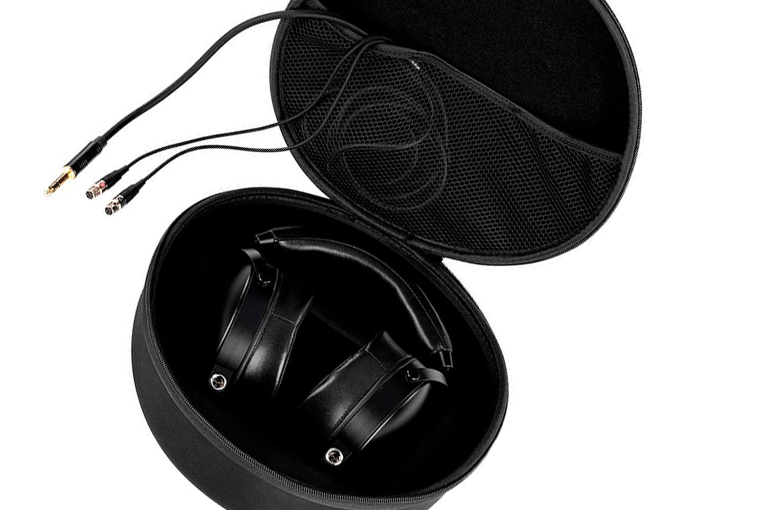 Based on my review of the M1570s, it seems the M1570Cs are even more comfortable. They’re just as soft on the ears, yet they seem to have a little extra clamping force and don’t move around much when you turn your head quickly. The velour pads, for me, were more comfy than the lambskin ones, but both are comfortable enough to wear for hours. 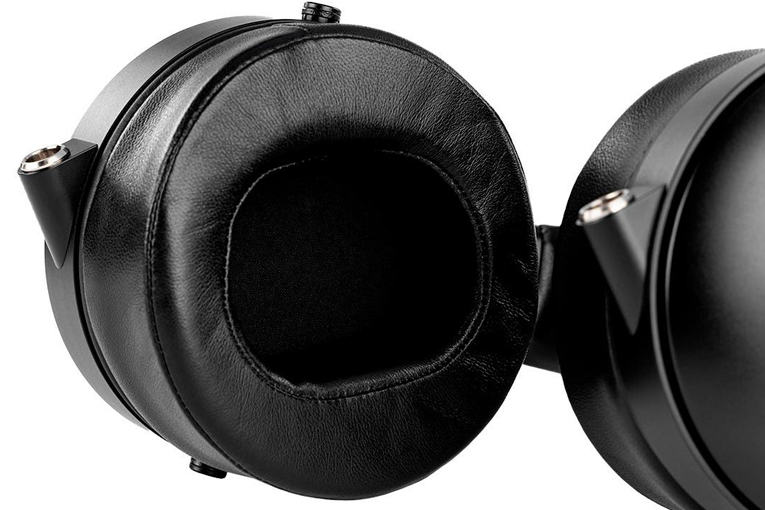 The tonal balance tilts brighter with the velour pads—giving a somewhat Grado-esque sound—but the lambskin pads seem to have a stronger emphasis somewhere around 3kHz, which makes voices sound emphasized. With the M1570s, I clearly liked the velour pads better; with the 1570Cs, it was a tougher decision, and I ended up going back and forth between the velour and lambskin pads throughout my listening. Unfortunately, changing the pads is difficult. Each pad has a thin flange around the edge, which slips into a slot along the outer edge of each earpiece. You install the pad by slipping it into a notch along the slot and spinning the pad around until the flange threads into the notch all the way around. With many headphones, this isn’t hard, but with the M1570Cs, the notch is tight, so you have to work the flange in slowly and gently. 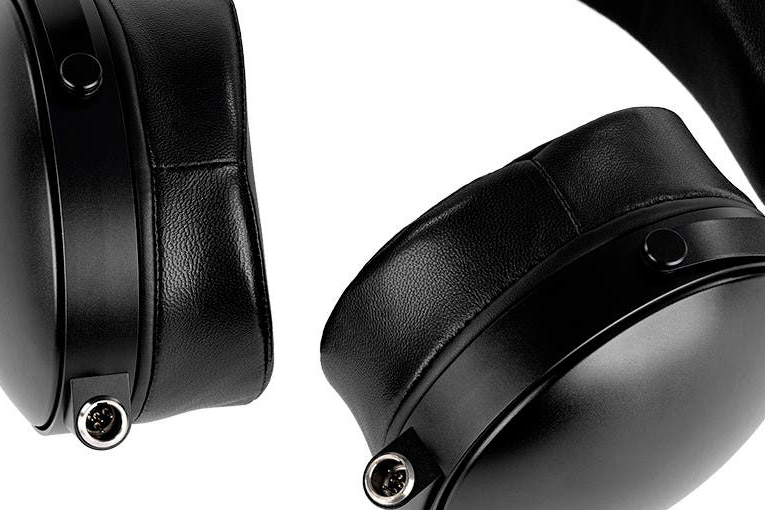 Even on conservatively mastered material such as Camille Thurman’s version of “September in the Rain” (Waiting for the Sunrise, 320kbps Ogg Vorbis, Chesky/Spotify), the sound was almost loud enough when I plugged the M1570Cs straight into my Samsung Galaxy S10—I might have liked an extra 2dB or so on that cut, but it was loud enough for me to enjoy. For most pop, rock, and jazz recordings, the M1570Cs didn’t really need an amp, but I still used a few different ones (mostly the iFi Audio Zen DAC) just to make sure the headphones were getting enough juice.

The velour pads were kind to “Moon Song,” one of the more straight-ahead tunes from Cécile McLorin Salvant’s new Ghost Song (24-bit/96kHz FLAC, Mack Avenue / Qobuz). Both pads produced a nice, natural sense of space that was in keeping with this intimate recording. The sound was more balanced with the lambskin pads—they had a better balance of bass to treble—but that extra energy in the 3kHz range also made McLorin Salvant’s voice sound somewhat grating, and the brushed snare sounded annoyingly sizzly.

Once I settled on velour (at least for this tune), I could listen a little deeper—and I liked what I heard. Set up this way, the M1570Cs reminded me of many HiFiMan and Grado models—the ones I like, not the ones I think are too bright. The vocals did seem slightly trebly, but not to the point where they sounded thin. Likewise for the piano and the drums. The best part was, I didn’t hear any unnatural peaks and valleys anywhere in the M1570Cs’ sound with the velour pads—just that mild upward tilt toward the treble. The double bass, which sounded a little boomy with the lambskin pads, sounded a hair thin with the velour pads, but considerably tighter and better-defined. 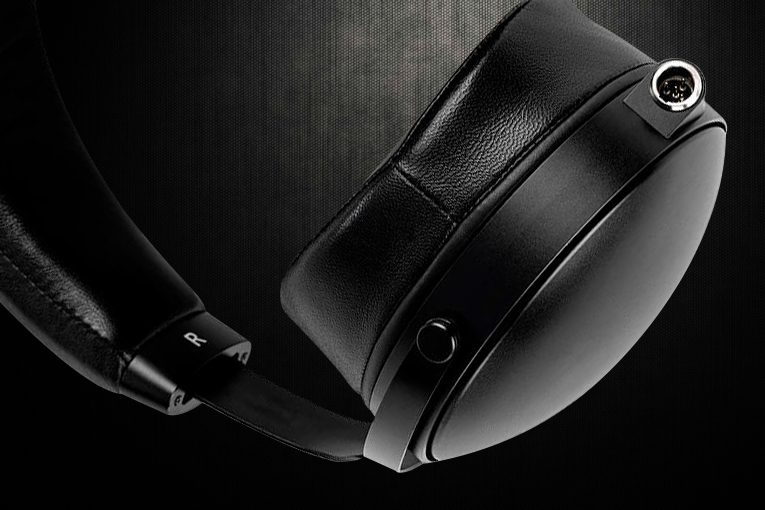 I used Haim’s “The Steps” (Women in Music Pt. III, 24/96 FLAC, Columbia/Qobuz) in my evaluation of the M1570s, so I thought I’d try it with the M1570Cs. With both headphones, there was a big sense of space and loads of detail. But the mix sounded pretty bright with the velour pads, subjectively robbing the kick drum of some of its punch and power, and generally sounding a little harsh. With the velour pads on the M1570s, though, I had raved about the bass and the sense of groove the headphones brought to this tune. Switching back to the lambskin pads with the M1570Cs gave me that, but also added that upper-midrange peak I didn’t like, which gave the voices a very dry, somewhat spitty sound.

For classical, the lambskin pads worked well, though. On “II. Scherzo: Vivacissimo,” an impassioned, dynamic movement from Prokofiev’s Violin Concerto No. 1 in D Major, Op. 19, performed by violinist Hilary Hahn with the Orchestre Philharmonique de Radio France, Mikko Franck conducting (Paris, 24/48 FLAC, Deutsche Grammophon / Qobuz), the M1570Cs did a great job of silhouetting Hahn’s violin against the broadly spread-out orchestra, and it was very easy to pick apart every little intricate piece of the orchestration—and fun to listen extra-close while trying to identify all the different instrumental parts that jump in and out behind Hahn’s ferocious melody line. The only time I really noticed that upper-midrange peak was on the triple-forte rhythmic accents around 2:45 into the movement, and again about one minute later. Those got pretty blarey, although they’re in the piece to shock the listener a bit, so maybe that’s OK. 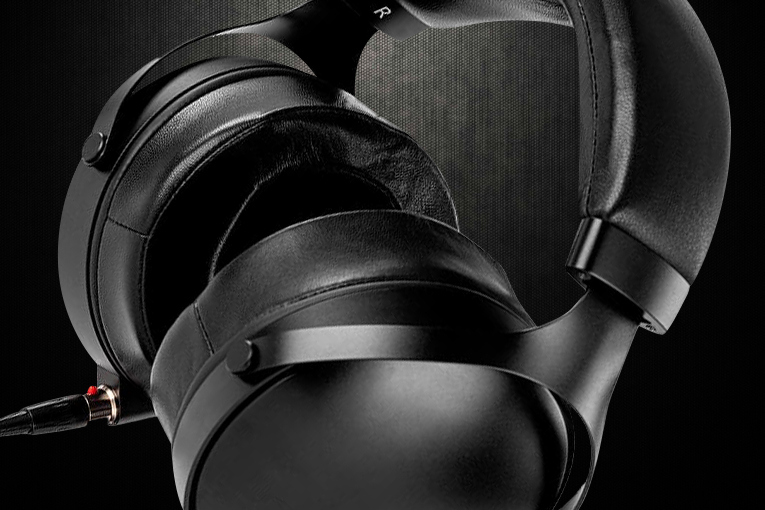 I wondered how the M1570Cs might fare on other types of instrumental music, so I put on the headphone mix of “Graffiti Jazz Number 3” from David Chesky’s new album Graffiti Jazz (24/96 AIFF, Chesky Records). On this album, Chesky does different mixes for headphones and speakers; he shared this track with me back in December, so I’ve gotten to know it pretty well. It’s a wild mix of instruments, all of them apparently recorded from samples. There’s heavily reverbed, muted trumpet; distorted electric guitar with even more reverb; various keyboard samples; and sparse percussion, including hi-hat and handclap samples. Most fun is the bassline, which sounds like a sampled double bass until it hits a low C# at 34.7Hz (three semitones lower than a standard double bass can play), where it sounds like a synth. It’s a wild ride, and the M1570Cs seemed to capture it all. They reproduced that super-deep bass note effortlessly, created the huge sense of space the recording is intended to convey, and also captured every last little detail.

I didn’t have any $500-ish closed-back headphones to compare the M1570Cs with, so I split the difference, shooting them out against less- and more-expensive closed-back models: the Beyerdynamic T5 (3rd generation) ($999) and AKG K371 ($149) headphones.

Holly Cole’s version of “Good Time Charlie’s Got the Blues” (Night, 16/44.1 WAV, Tradition & Moderne), a simple recording of piano, voice, and double bass, gave me a good perspective on these headphones. With the lambskin earpads, the M1570Cs sounded great on the bass, but the piano had a somewhat brittle sound, and Cole’s voice sounded a bit edgy and spitty. With the velour earpads, the response anomalies in the upper midrange disappeared, but the voice (and the whole mix, really) just sounded a couple of dB too bright for my taste. Either way, though, the M1570Cs gave me a bigger soundstage and a more enveloping presentation.

In comparison, the Beyerdynamic T5s definitely sounded the warmest and a bit bassy, but had a significantly smoother sound on Cole’s voice, with only a slight trace of sibilance. The AKG K371s probably sounded the most balanced from bass to midrange to treble, although they sounded relatively unrefined and less lifelike with the voice, and also emphasized Cole’s lower range somewhat—less than most $149 closed-back models would, to be sure, but I didn’t hear this in the more expensive models.

I couldn’t muster a single complaint about the sound of the M1570s when they had their velour pads fitted. I don’t feel the same way about the M1570Cs, even though, from a technical perspective, they’re almost the same headphones. I think the sound with the lambskin pads is nice for instrumental music, but not as kind to voices, especially female ones. The tonal balance with the velour pads is too bright for me, although hardcore Grado fans might like it. I find myself wishing for a set of partially perforated leather pads, which might strike the perfect balance between the two options.