Even as new models of commuter headphones continue to be released by the dozen, there seems to be a trend toward designing headphones that can serve many purposes. Audio-Technica’s ATH-MSR7 ($249.95 USD) is one of these models.

On the ATH-MSR7s’ cardboard box is a dramatic, larger-than-life photo of the left earcup. In the upper-right corner is the official gold-and-brown Hi-Res Audio emblem. On one side panel is printed information about the three detachable cables, on another the specifications are listed in tiny type, and on the back is an informative exploded diagram that shows all of the components of the ATH-MSR7s’ 45mm drivers and the technology used in making them. Inside are the headphones, wrapped in black fabric and nestled in a plastic mold. The cables and instructions come in a separate black box. A cheapish vinyl carrying bag is included. 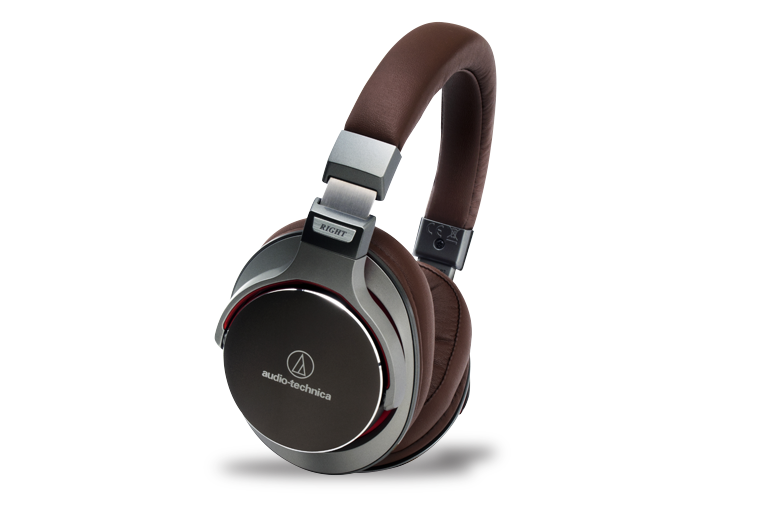 Today’s headphones are not only about good sound; they can also be fashion statements. Audio-Technica has always concentrated on sound quality, but with the ATH-MSR7s they’ve made an effort to be stylish. They sent me a pair in Gun-Metal Grey, with brown earcup and headband padding and red trim accents. The Black version has black padding and steel-blue trim.

This design is at once sleek and serviceable, but is spoiled by Audio-Technica’s name writ large, with logo, on the outside of the earcups, and Left and Right printed on the outer surfaces of the earcup arms. Those directionals usually appear on the inner surfaces -- they’re for the user to know, not the whole world -- and the earcups could have done with a larger Audio-Technica logo. Or nothing at all.

The cable input jack is at the bottom of the left earcup, and three cables are included, with 3.5mm connectors: 3.9’- and 9.8’-long standard cables, and a 3.9’ cable with inline controls and microphone, for use with smartphones. The cables’ color matches that of the padding -- a nice touch. 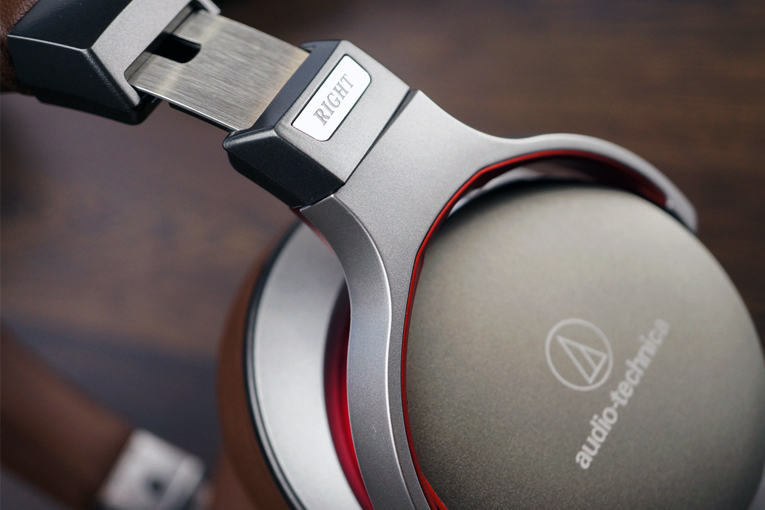 The earcups are oval to better fit over the ears, and rotate flat for storage; the hinges don’t fold. The length of the arms can be adjusted using detents that lock in with a solid click. The build feels very solid.

The ATH-MSR7s weigh 10 ounces and measure 6.5”W x 7.75”L x 3.25”D; with the earcups folded flat, the depth shrinks to 2”. The claimed frequency response of 5Hz-40kHz is one of the main things that won A-T the right to use the HRA emblem. The maximum input power is 2000mW, the sensitivity 100dB/m/W, and the impedance 35 ohms. Though the ATH-MSR7s can be used with a headphone amplifier, they’re perfectly capable of being driven by a smartphone.

The ATH-MSR7s fit my head exceptionally well. The pinch of the headband spring was forceful, but didn’t bother me in the long run -- literally. In fact, I was grateful for the tight fit -- it meant I could wear the A-Ts to the gym and then work out while wearing them, and they didn’t cause excessive perspiration or overheating. The headband is a single solid piece of metal; if the band is too tight, it can possibly be loosened a bit, but I’d do this very carefully. There are helpful articles on the Internet about breaking in headbands.

The tight fit also provided some passive reduction of environmental noise, but A-T’s triple-venting technology did let in some outside sound -- not as much as do on-ear ’phones, but more than do other over-the-ear models, such as Koss’s Pro4S.

This was a big surprise. Knowing that the ATH-MSR7s’ drivers are larger than the norm, I was prepared for a bass-heavy sound that would work for some music but not all. But the Audio-Technicas’ sound was almost perfectly balanced and neutral, as with good monitor headphones. There was always enough bass, and when a recording contained super-low bass, it, too, was there. The highs were clear, crisp, and very well defined, without ever becoming aggressive -- unless they were aggressive in the recording. Soundstage widths were about average: neither narrow nor abnormally wide. There was a very slight bump in the upper midrange, but even that was noticed only occasionally.

In short, the ATH-MSR7s reproduced the sounds of my recordings with great fidelity. Overall, their sound was consistently transparent and accurate. Those who prefer more “character” and forgiveness from their headphones won’t appreciate these. 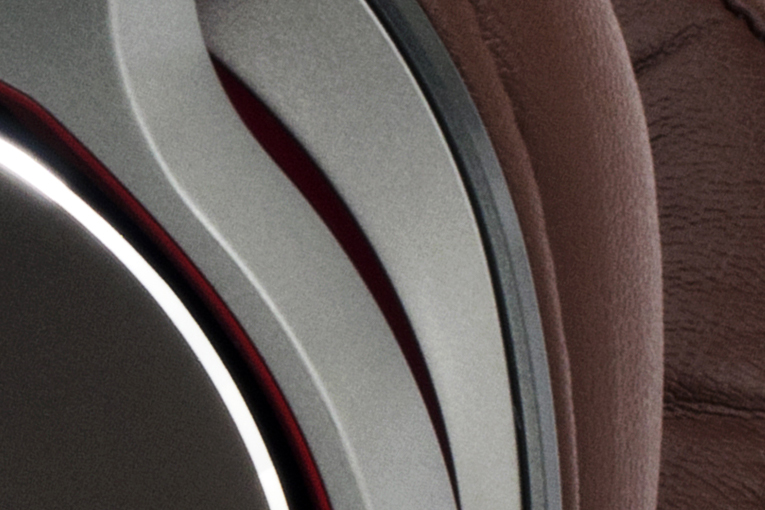 For my money, Vampire Weekend makes the best-sounding rock recordings. Modern Vampires of the City (16-bit/44.1kHz ALAC, XL Recordings) is not only a great musical experience but an adventure in sound. Ezra Koenig sings mostly in the high tenor range, Chris Baio provides solid electric bass, Rostam Batmanglij is responsible for the colorful keyboards that fill the center of the soundstage, and Chris Tomson produces all sorts of unusual drum sounds. The ATH-MSR7s are the first moderately priced headphones I’ve heard that I felt got all of this right, with neutrality and clarity.

As they did with the pounding bass and wailing keyboards of “Love Is Lost,” from David Bowie’s The Next Day (16/44.1 ALAC, Columbia). In this rich mix, the underlying rhythm can become merely a welter of sound. Not so through the transparent-sounding ATH-MSR7s. The rhythm pulsed and drove throughout this track, and Bowie’s voice was reproduced as accurately as could be. 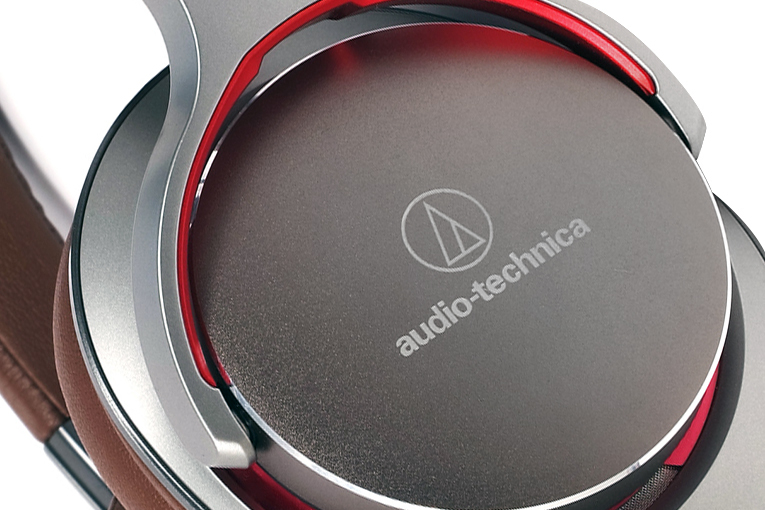 Usually, I’d stop there, but the ATH-MSR7s sounded so good that I decided to hook them up to the headphone-output jack of my Squeezebox Touch and try a few high-resolution tracks. Conductor Jonathan Darlington, the Duisburg Philharmonic, and German label Acousence Records have teamed up over the past decade to record some seriously good hi-rez music. Listening to their recording of Stravinsky’s Le Sacre du Printemps (24/192 FLAC, Acousence) through the ATH-MSR7s told me that these headphones could handle audiophile recordings. Every brass fanfare, every twitter of woodwinds and thump of drum, every rhapsodic melody -- all sounded entirely accurate. And the weight of the full orchestra was impressive, as was the transparency of the sound.

Audio-Technica’s ATH-MSR7 headphones blindsided me. I’d expected very good commuter cans that would be good for casual listening. Instead, I discovered a set of audiophile headphones that live up to the Hi-Res Audio badge they wear. They travel easily as commuter headphones, and fit snugly enough that they can be used while biking, running, or working out at the gym. And the $249.95 price and the two-year limited warranty are attractive. What’s not to like?