Through the last several years, much discussion of headphone voicing -- how their designers tune the relative levels of the different audiobands to achieve their desired sound -- has centered around the Harman curve, the “target curve” shown to be preferred by most listeners. While the Harman curve is backed by the most extensive research ever done into headphone voicing, it’s still a long way from being a universally accepted standard, even among Harman’s own headphone brands. So we thought we’d ask some of today’s leading designers how they voice their headphones -- i.e., what their target curve is, how they arrived at that curve, and any other thoughts they might have on the subject.

For this first column in the series, I interviewed two headphone designers. First is Paul Barton, who in addition to being founder and chief designer at PSB Speakers, is also the designer of PSB and NAD headphones. Next is Dan Clark, CEO of Dan Clark Audio (formerly MrSpeakers), whose Æon Flow 2 Closed headphones we’ll be reviewing within the next several weeks.

Brent Butterworth: How did you come up with the target curve for your headphones?

Paul Barton: Our target curve was founded based on our work on the National Research Council Athena project, from 1987 to 1991. The goal was to try to design a loudspeaker that would adapt to its environment by providing a correction curve that would compensate for room acoustics. We hired students from Carleton University to do double-blind tests; we let them listen to different target curves so we could get a sense of what was the proper balance across the audio spectrum.

The one they liked, and we agreed, was to create a speaker that’s well-balanced when it’s placed in a typical room. That means about a 3dB-per-octave rise from 200Hz down to 40Hz, and then it levels out below that. Above about 2kHz, there’s gradual rolloff to where it’s down 4 to 5dB at 20kHz.

Our headphone target curve is based on that speaker target curve. If you measure the response of a set of good speakers in a good room using a KEMAR [Knowles Electronics Manikin for Acoustic Research], your headphones should measure the same when you put them on the KEMAR. That’s the basis of our RoomFeel tuning curve. 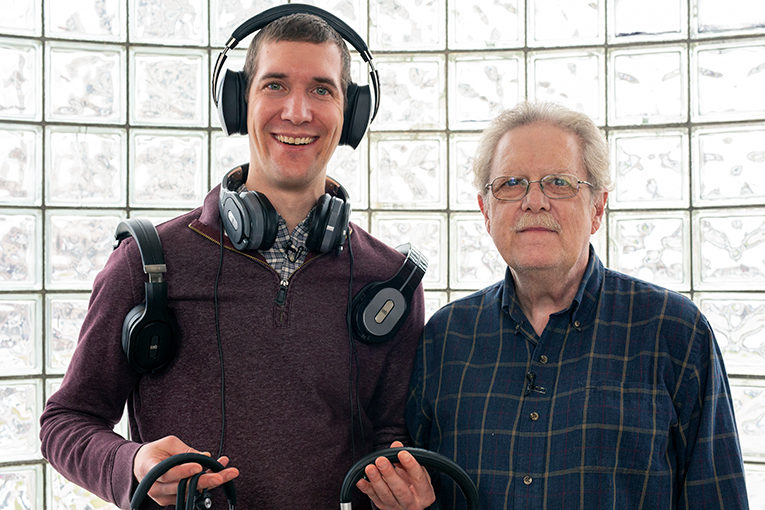 BB: That sounds similar to the way the Harman curve is sometimes described.

PB: It is. We all have the same pedigree, so it’s not surprising that we came up with the same answers. [Barton, along with audio researchers Floyd Toole and Sean Olive, was involved in the influential speaker research that took place at Canada’s National Research Council in Ottawa; Olive headed up the research that resulted in the Harman curve.]

BB: Do you change the target from model to model?

PB: There are slight differences in high-frequency performance with NAD and PSB; one may sound a little more lively than the other, but they’re all within 1 or 2dB. While that’s a noticeable difference, when you listen to a vocal over the different headphones, neither sounds wrong.

The PSB M4U 8 and M4U 4 headphones are closer to RoomFeel than M4U 2 headphones, because with the M4U 2s I did the tuning all acoustically. With the M4U 8 headphones, I could do DSP [digital signal processor] tuning, which is much more accurate. With the M4U 4 earphones, I used two different foam filters, one in the woofer cavity and one in the sound tube coming out of the balanced armature, so I was able to get it very close. 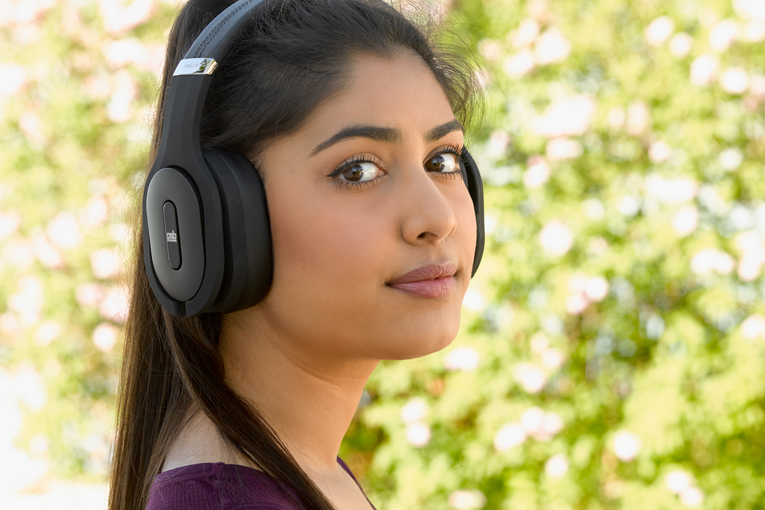 PSB M4U 8 headphones in use

BB: What kind of sound do you personally like in headphones?

PB: If it’s really good, after 15 minutes I have to think twice about whether I’m listening to headphones. I just feel like I’m listening to the music. You won’t achieve that if you don’t have the right target curve, or if the headphones are not comfortable.

BB: What is the major flaw you most typically hear in headphones?

PB: There are two camps. In one, the bass overwhelms everything else, and it’s just a waste of time. In the other, the highs aren’t balanced right; they’re usually too bright. Not so much spectrally bright but peaky bright. Sometimes that means the usual peak at about 3kHz could be too high, but what’s often apparent is above 5kHz there’s too much energy.

Brent Butterworth: What is your target curve and how did you derive it?

Dan Clark: We try to have a general curve, but one of the interesting things about curves is that there are headphones that don’t sound like they measure. I think it’s because headphones with fundamentally different designs will interact differently with the acoustical impedance of the coupler used to measure them. We’ve tested some headphones as part of our research and development that might measure dead flat up to 4kHz, but they sound like they have a lot more bass than others that have more boosted bass when measured. So you really can’t rely on things like the Harman curve to tell what things sound like. 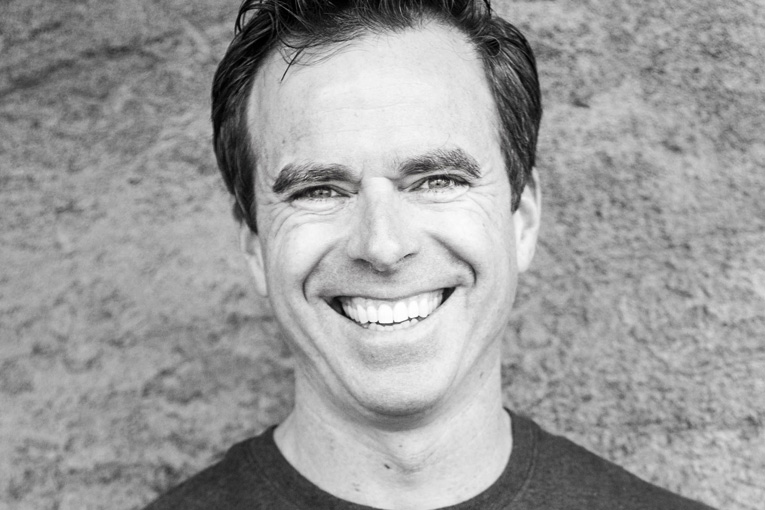 BB: So what’s your voicing process?

DC: I always listen before I measure because I don’t want to bias myself with measurements. My first order of business is, How does it sound with acoustic music and vocals? Because I know what those sound like. There are always differences in the way instruments, recording venues, and microphones sound, but there’s an acceptable range of what a cello sounds like. It’s the same with voices. When I listen to a spoken voice or live singing, I find a lot of equipment emphasizes the breath and harmonics of the voice compared to what you hear live. When I hear a voice, I want to hear the body associated with that voice.

BB: Do you change the balance from model to model?

DC: A little bit. We try to keep them within a range. I think you could probably say we have a sound, but open- and closed-back headphones do things differently, and the size of the driver and enclosures have an effect. It’s like having a rock and carving an abstract sculpture out of it -- you have to let the rock guide you. For example, I designed the Æon Flow 2 to have a warmer, fuller tone, so when you’re traveling and in fairly loud surroundings, you can still hear the bass without cranking it up and damaging your hearing.

But we realize there are all sorts of applications; some people have closed-back headphones but never leave the house. We do interchangeable filters [different materials placed over the front baffles of the headphones], so people can have a headphone that offers multiple voicings. We’re also doing interchangeable earpads now, and that makes an even bigger difference. With the Æon Flow 2 open-back model, the inner part of the earpad is partially perforated. With the closed-back version that part is solid, but if you put the perforated pads on you get something close to the Harman curve. 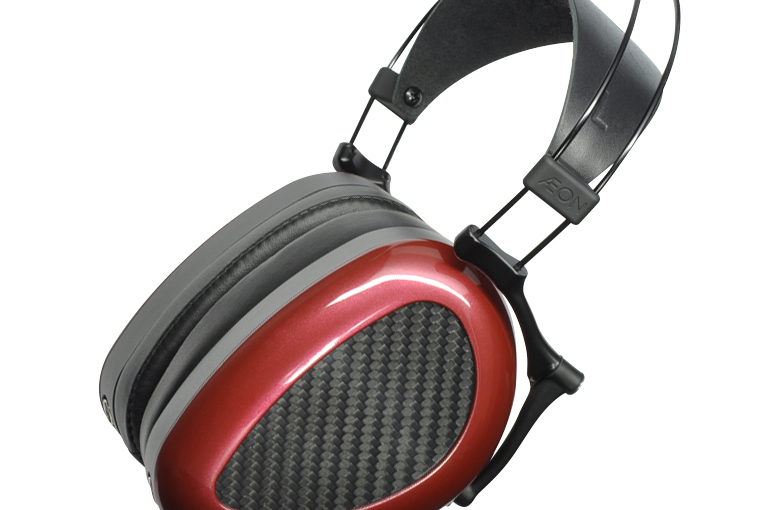 BB: What is the major flaw you most typically hear in headphones?

DC: Sharp discontinuities in frequency response. I think brains can compensate for transitions when the changes in response with frequency are smooth, but when you hear sharp peaks or holes it gets uncomfortable. You can’t make a headphone totally linear when it’s got a single driver positioned close to the ear, but you have to make the response as smooth as possible.

a1982 8 days ago Focal Bathys Bluetooth Noise-Canceling Headphones
Hi can you measure the 2022 utopia? no one had ever published details like csd ...