There are precisely 3.74 zillion Chinese companies now trying to get in on the US headphone/earphone market. Many are selling earphones for less than $25 USD, which is why you don’t see them reviewed here. The Simgot EN700 Pros don’t fit that mold at all -- they list for the relatively high (and weirdly non-round) sum of $146. While the EN700 Pros have fairly large enclosures, and look like sophisticated earphones holding multiple drivers, each earpiece has just a single 10mm dynamic driver. What the EN700 Pros do have in common with less-expensive models from Chinese brands is that they’re sold almost entirely through Amazon. Also, they have a strange and seemingly inexplicable brand name.

That large enclosure is the EN700 Pros’ most distinctive feature. Simgot says it’s made from CNC-machined aircraft-grade aluminum, and it’s available either in black or with the right side painted red and the left side blue. The 10mm driver is said to have two voice coils, each covering a certain frequency range, but unfortunately neither the company’s website nor the product page on Amazon provides any further information. The cable is molded so that it fits over the ear instead of hanging down, a design that tends to facilitate a more secure fit and a better seal in the earlobe. 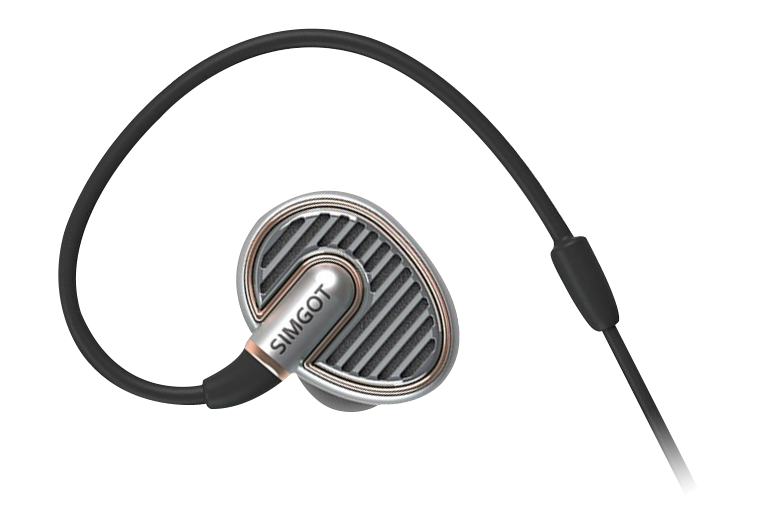 Let’s just dig right in, because many of the interesting aspects of the EN700 Pros involve the accessories.

The EN700 Pros’ most significant accessories are the silicone eartips that come with them. They’re supplied in two types, each in three sizes. Tip 1 is described as having “Powerful mid-high frequency. High resolution and penetration. Crystal clear sound.” Tip 2 is described as having “Enhanced bass and superior listening comfort. Outstanding attenuation of ambient sibilance. Neutral and bass-driven sound.” (You can see in the measurements section exactly what the effects of these tips are.) 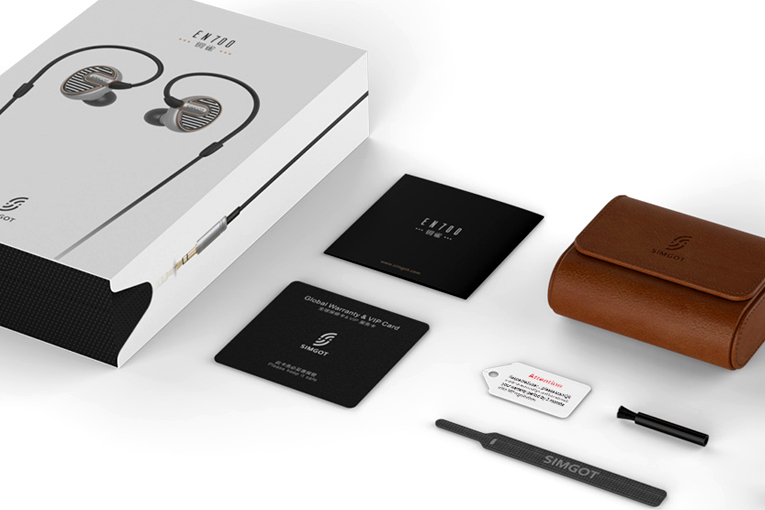 Each earpiece has a two-pin, friction-fit connector that allows the cable to be replaced. The supplied 45" (1.15m) cable is tipped in a 1/8" (3.5mm) stereo plug on the source end, and is made with Kevlar for added strength. The cable doesn’t have an integral microphone/remote, so you can’t use these for phone calls.

The brown leather case that comes with the EN700 Pros is nice, with a fold-over, magnetically secured flap. 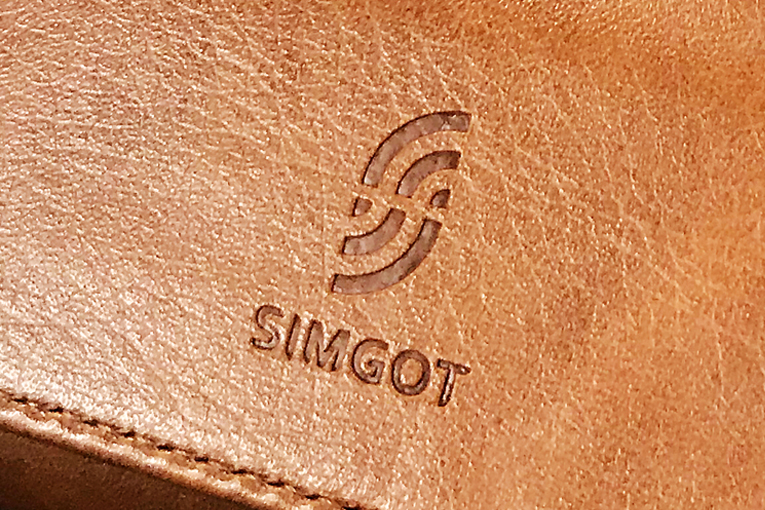 The EN700 Pros’ design doesn’t seem all that unusual at first glance, but it could be an issue for some listeners. It was for me. I couldn’t get a good seal with any of the supplied tips. Not that they weren’t big enough -- it’s more that the design of the earpieces prevented the silicone tips from fully entering (and sealing) my ear canals. Even when I switched to using Comply foam tips, I couldn’t easily get a good seal. (Surprisingly, I even had a problem getting the EN700 Pros to seal in the ear/cheek simulator I use for headphone measurements.) Eventually, I found that I could get a good seal with the Comply tips if I held the tips in place to let the foam expand for much longer than I usually would, and then fiddled with the position of the earphones while music was playing, until I got enough of a seal to get balanced bass response.

Note, though, that my ears are bigger than average; an audiologist estimated that my ear canal diameter is about 10% larger than a typical American male’s. For LeRena Major, one of my listening panelists, the EN700 Pros fit beautifully the very first time she tried them. Once they were in place, she said the fit felt secure and comfortable. Guest panelist Geoffrey Morrison also had no fit problems.

After I finally got the EN700 Pros to fit me with the Comply tips, the work proved well worth it. Listening to Holly Cole’s rendition of “Train Song” (Temptation, 256kbps MP3, Capitol), I heard extraordinary treble detail, something I expect from earphones using balanced-armature drivers, but that I rarely hear from earphones using only dynamic drivers. A just-right amount of double bass balanced the treble, and the bass revealed a nice balance of upper-bass definition and “growl” with the full, ample resonance of the big soundbox; the notes seemed to “breathe” out of the F-holes, just as they do when you hear a real double bass at close range. Neither the bass nor the treble obscured Cole’s vocals, and the vocals sounded largely uncolored except for a little extra emphasis in the lower treble, around 3kHz, which made them sound a little clearer but also a little less full. So far, so good.

I heard the same too-good-for-the-price midrange and treble clarity on “Check Point Charlie,” from pianist / record label head David Chesky’s Primal Scream album (16-bit/44.1kHz WAV, Chesky). All the instruments in this highly ambient recording sounded clear and focused, even though their sounds were reverberating through the large church where Primal Scream was recorded. The tonal balance of the tenor sax, the muted trumpet, and Chesky’s distant piano chords sounded natural, but the bass was a little lightweight, without much body. Granted, the bass on this recording isn’t as prominent or powerful as in the Holly Cole track cited above, but I’ve heard this track reproduced with more heft. However, I have no way to know whether the sound I heard was the character of the earphones or the result of the fit I got in my ear canals. Overall, though, this is the kind of clear, vivid reproduction most headphone enthusiasts seem to like. 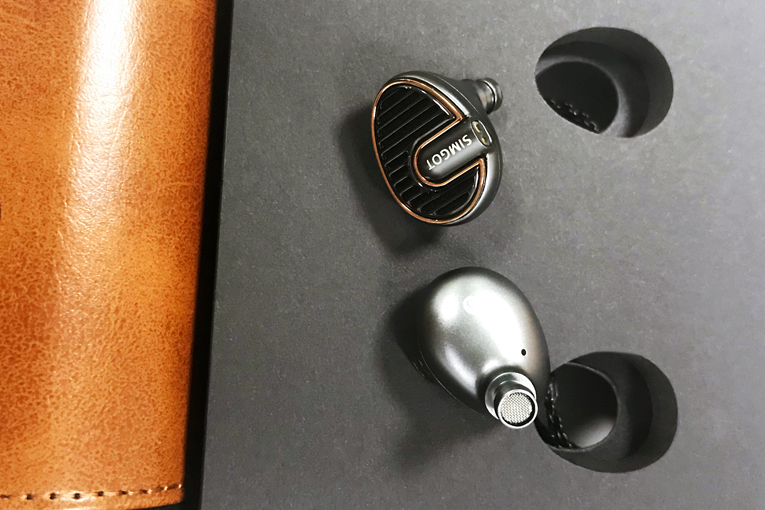 The live version of James Taylor’s “Shower the People” from Live at the Beacon Theatre (16/44.1 WAV, copied from the DVD, Sony) is my favorite test track for finding out if the treble and midrange of an earphone or headphone are balanced and smooth. The EN700 Pros mostly got this track right for me; I’d say for headphone enthusiasts who like a little extra treble, it might be right on. The tonal balance of Taylor’s guitar sounded so natural that I was inspired to run into my listening room and play a few of the dozen acoustic guitars I’m testing for another publication, just to remind myself what a real guitar sounds like. The recording didn’t have quite the liveliness of the real thing, of course, but the reproduction was pretty close, especially for relatively inexpensive earphones.

The electric bass on this recording sounded a little punchier in the upper bass but a little less full in the lower notes than I’m used to hearing -- in other words, more like what you’d hear from a sealed-box subwoofer than from a ported subwoofer. And Taylor’s voice, the most important element of the recording, sounded clear, with a trace of sibilance (although less than I hear from most dynamic-driver earphones) and a little less body than I typically hear when using this recording for testing. 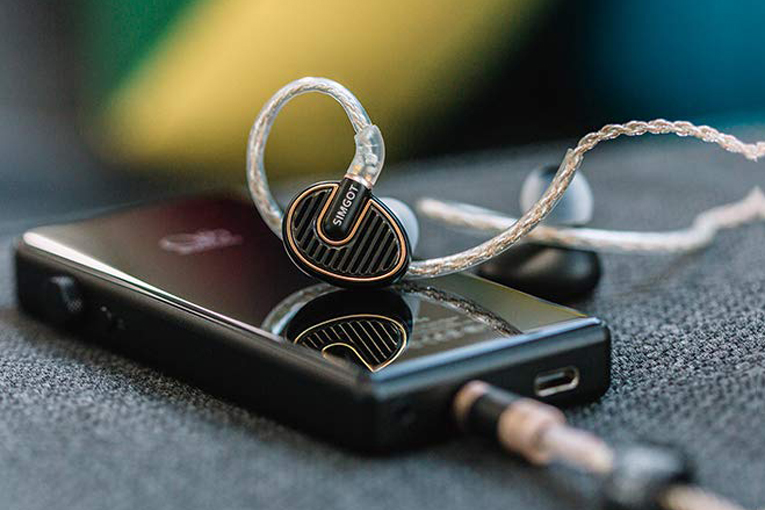 Female vocals had a similar character. I noticed when listening to Cécile McLorin Salvant’s “By Myself” (The Window, 320kbps Ogg Vorbis, Mack Avenue / Spotify) that her voice sounded wonderfully clear, with just a very slight sibilance (again, less than I’m used to hearing from earphones at this price), and sounded just a little thinner than I expected. An interesting note: When I was listening to “Ever Since the One I Love’s Been Gone” from the same album, I heard a little bit of rustling behind me and turned around to see if my shih-tzu had come into my lab and started poking around. No -- it turned out to be a noise in the recording, which in the case of this tune was done live at the Village Vanguard in New York City. That’s pretty good behind-the-head imaging for a set of under-$150 earphones.

To gather some more opinions -- especially important in the case of a set of earphones that gave me fit problems -- I ran the EN700 Pros by a couple of outside listeners. First was LeRena Major, a Los Angeles saxophonist who’s held several positions in the music business and is a voting member of the National Academy of Recording Arts & Sciences. My usual male panelist, John Higgins, wasn’t available, so I asked Geoffrey Morrison, a longtime colleague who’s reviewed audio and video gear for CNET, Wirecutter, Sound & Vision, and Home Theater, to sub for him. Geoff’s about the same age as John, and both have far better high-frequency hearing than my 57-year-old ears can muster. When given a choice of tip 1 or tip 2, both chose tip 2, expecting that they’d like the fuller sound tip 2 promises.

As I noted above, LeRena had no problems with fit; she found the EN700 Pros easy to put on and take off, and thought them comfortable enough for long listening sessions. For her, the tonal balance was ideal -- she cited “a good balance of different elements in the mixes [of the tunes she listened to],” and “a realistic feeling of being surrounded by the sound.” For her, the EN700 Pros delivered a fuller and more pleasing tonal balance than the Campfire Audio Comets. 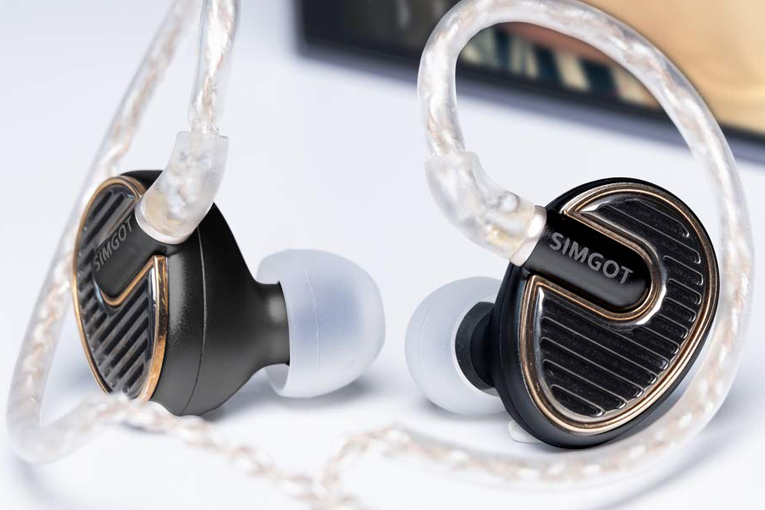 Geoff, whose ear canals are a little smaller than average, had no problems getting the EN700 Pros to fit, and he, too, found them comfortable. But Geoff is a confirmed basshead -- he really likes a big, full sound, and he has no patience for the thinner, lighter sound that many headphone enthusiasts prefer. For him, the EN700 Pros’ bass sounded clear, tuneful, and precise, but the balance of bass to mids and treble didn’t suit his taste -- the upper midrange and lower treble (i.e., the upper spectrum of the human voice) were too strong for him, and the subtle sibilance I heard seemed to be amplified for him.

I know a few things for sure about the Simgot EN700 Pro earphones. First, they’re an unusual design that will work great for some and not so great for others. Second, their sound is excellent for a modestly priced set of earphones, although the somewhat weird fit will likely shift the sound profile for some listeners. Third, as the measurements and our listening tests suggest, they’re designed “by the book,” so they don’t have any major colorations. Simgot’s just getting started here -- as of this writing, they don’t even have a North American contact number -- but I get the feeling that they’ll be worth watching.

Mauro 4 days ago Will aptX Adaptive Improve Headphone Sound?
Thanks Brent for the Bluetooth blind test. That was interesting.

David K. 8 days ago KLH Ultimate One Headphones
I have owned these headphones for a while now and I really like them. I ...

Mauro 12 days ago What the AKG K371 Headphones Tell Us About “Slow Listening”
@Brent ButterworthThat makes perfect sense. Even if I thought that other testers put headphones on your ...

Brent Butterworth 12 days ago What the AKG K371 Headphones Tell Us About “Slow Listening”
@MauroI don't blind test headphones. It's complicated to say the least, and in ways it's ...