After seeing prototypes of the Cleer Next headphones at a couple of trade shows, I’d filed them into my “if it ever ships” mental folder and soon forgotten about them -- and thus missed the initial introduction of these last fall. Fortunately, Cleer had to send me a sample of its other headphones, the Flow noise-canceling model, for a measurement project and offered to throw in the Nexts, too. Considering that the company seems in the midst of a major ramp-up, I thought I’d give the Nexts a proper technical workup to see where this company’s starting from -- and I’m glad I did, because they’re among the more interesting audiophile headphones I’ve recently encountered. 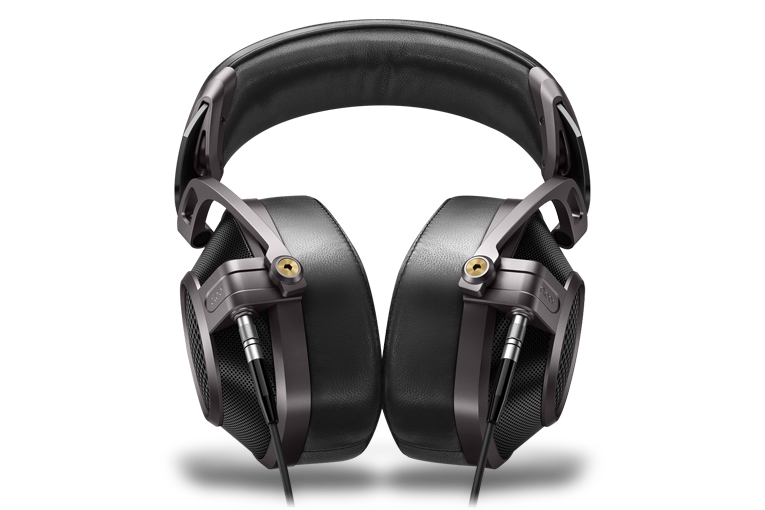 Unlike many audiophile headphones, which seem to start with an acoustical design then cobble together an industrial design around it, the Nexts ($699.99 USD) appear to be the product of a clear and original concept of what audiophile headphones should be. The parts you can see are the creation of BMW Designworks, and they’re crafted for a luxurious, refined vibe. The aluminum-alloy frame parts look and move like they were pulled off a jet fighter plane, and the sheepskin leather feels as buttery as a pair of Gucci gloves. The only plastic parts I can find are the earcups and the rear grilles (it’s a semi-open-back design).

Cleer makes much of the Nexts’ “ironless” 40mm driver. Instead of the usual single magnet surrounded by a voice coil, it suspends the voice coil between two concentric rings of rare-earth magnets, so the voice coil moves within a uniform magnetic field. The frame and the diaphragm are both made from magnesium, and I gather from the technical drawings that the driver uses a half-roll surround, a feature also found in such high-end headphones as the Focal Stellias.

Like most audiophile headphones, the Nexts don’t include a lot of doodads in the box. Just a cable, a soft leather carrying case, and a 1/8"-to-1/4" adapter. 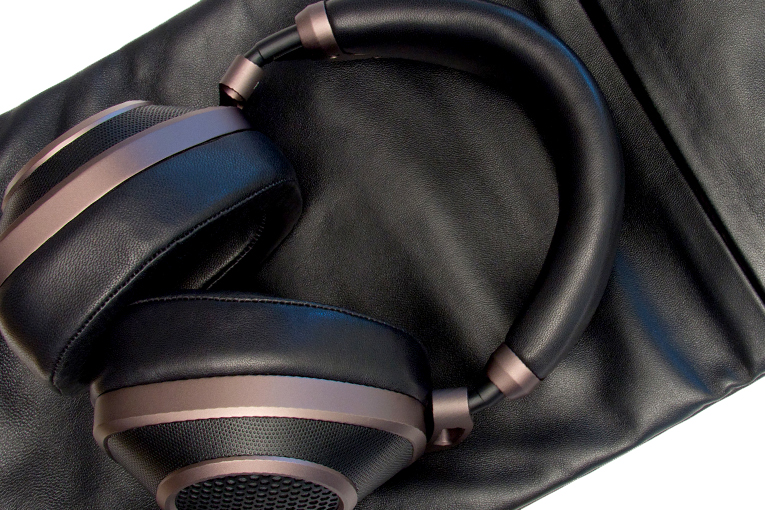 I will say, though, that the 78" (2m) cable is pretty awesome. On the source end, it’s tipped with a rugged Canare 1/8" (3.5mm) plug. Audiophile cable companies sometimes call their plugs or cables “professional grade” even if you would never in a zillion years find their products on a stage or in a recording studio, but this Canare plug is the one you’ll probably get if you go into a professional audio dealer (the kind that sells to studios and sound-reinforcement companies) and ask for their best 1/8" stereo plug. On the other end is a pair of LEMO connectors, which provide a locking, balanced (two conductors plus shield) connection that won’t pull loose unless you tug on the knurled metal collar surrounding the connector. The cable itself is a Canare L-4E6S Star Quad, which is also tough stuff. I have a pair of microphone cables I made from Canare Star Quad for a recording project in 1992, and despite using them for hundreds of speaker measurement sessions, innumerable gigs and recordings, and consulting jobs in Asia and the US, I’ve never had to repair them after 26 years of heavy use. 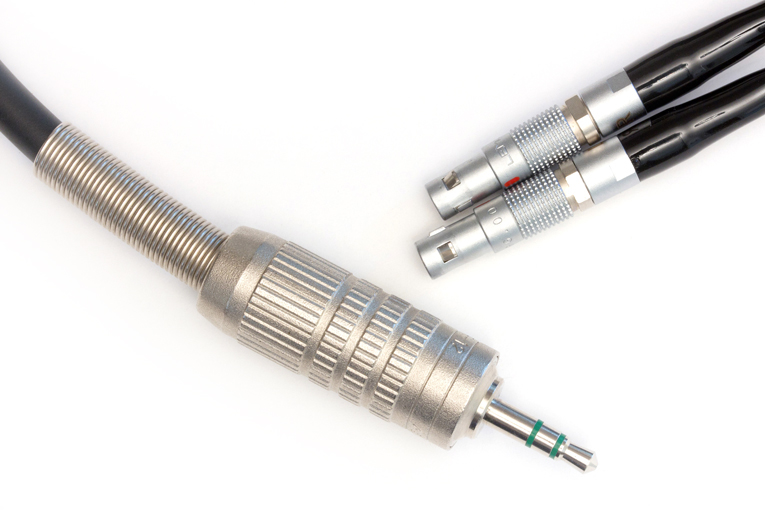 The downside of this cable is that Cleer doesn’t offer a balanced option, with separate grounds for the right and left channels -- a connection many audiophiles feel delivers improved sound quality. However, aftermarket balanced cables with LEMO connectors are available, and anyone with halfway decent soldering skills could easily re-terminate the supplied cable with a four-pin XLR balanced connector.

Although the Nexts come with a carrying case, they’re not what I’d call portable. The earpieces don’t fold flat or fold in toward the headband, so there’s no way to make the headphones more compact, and they take up a lot of space even in a large laptop bag. The case seems to be provided mainly as a way to protect the Nexts from scratches if you throw them into a suitcase.

I found the Nexts played plenty loud enough when I plugged them straight into my Samsung Galaxy S9 smartphone. That’s surprising, considering their 92dB rated sensitivity (although my measurements suggest they’re much more sensitive than the rating says). The bass sounded more defined with even a modest amp upgrade, though; I loved using the Nexts with iFi Audio’s surprisingly potent little xCAN amp. 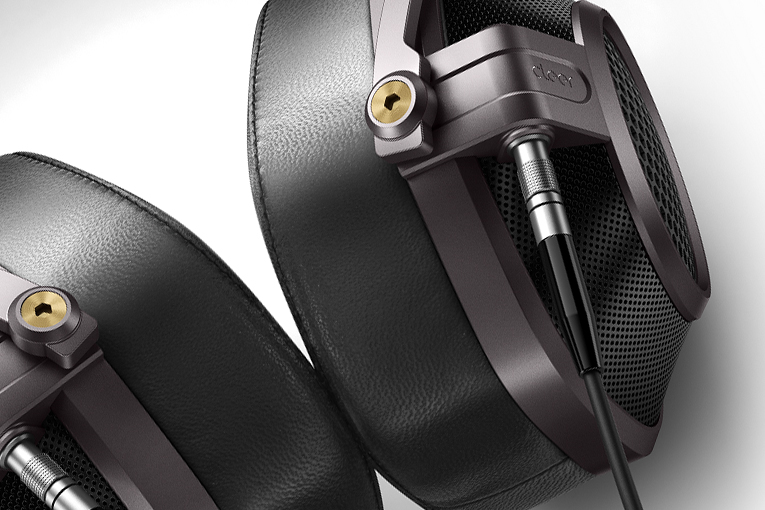 I and the members of my listening panel found the ultra-plush, memory foam earpads a delight. They’re big enough to fit around even large earlobes, and the clamping force on them is modest and fairly uniform; even after an hour or two, there’s no need to pull the headphones off and rub your ears.

The Nexts differ from most audiophile headphones as much in their tonal balance as they do in their design. Instead of the usual slightly muted bass, they have relatively strong bass. And instead of the usual slightly exaggerated treble, they seem to exhibit more of a push in the midrange. Whether or not you like this will probably depend on your taste and the recordings and music genres you prefer.

The Nexts worked well when I played Holly Cole’s rendition of “Ain’t That a Kick in the Head,” from Holly (16-bit/44.1kHz WAV, Universal Music Canada). With this recording, the Nexts were in their element. Cole’s smooth voice seemed to react better than some other female voices to the headphones’ extra midrange kick, rising a bit more above the mix (although sounding a little bit blaring on her dynamic peaks). The headphones’ response also brought out the drummer’s brushes flicking against the snare drum, which also brought out the reverberance added (I assume) to the drums, and gave the recording a greater sense of space than I heard from most of the headphones I compared these with. 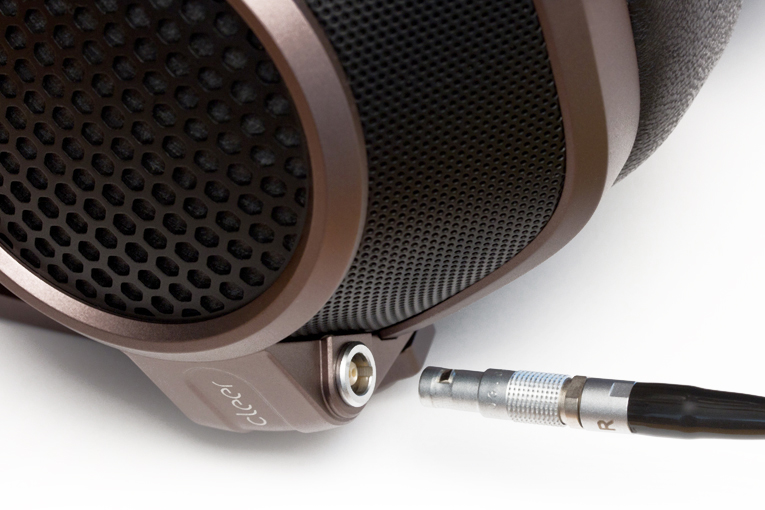 Likewise, on “Cookie’s Calypso,” from L.A. jazz drummer Paul Kreibich’s Thank You Elvin (16/44.1 WAV, Blujazz Productions), the Nexts’ strong mids made Kreibich’s drums sound super vivid and detailed. The Nexts let all the barely restrained rhythmic intensity of Kreibich’s tom and snare work come through, better even than the Audeze LCD-Xes (one of my favorite headphones for drums) could, even if the mid push did make the tenor saxophone sound a little more like an alto.

They also worked well on a somewhat sonically similar recording, the wonderful Moon Palace by jazz saxophonist Helena Kay’s KIM Trio (320kbps Ogg Vorbis, Ubuntu/Spotify). Kay’s tenor sax was emphasized a bit, but in this recording with just drums and double bass, that didn’t matter. I can’t say for sure what Ferg Ireland’s bass is supposed to sound like, because double bassists commonly record with a pickup and microphone, then mix and EQ the two feeds to taste. But while I could pick up the subtle, fleet attack of the bassist’s fingers, the sound did seem a little bloated, as if the microphone were too close to the bass’s f-hole. 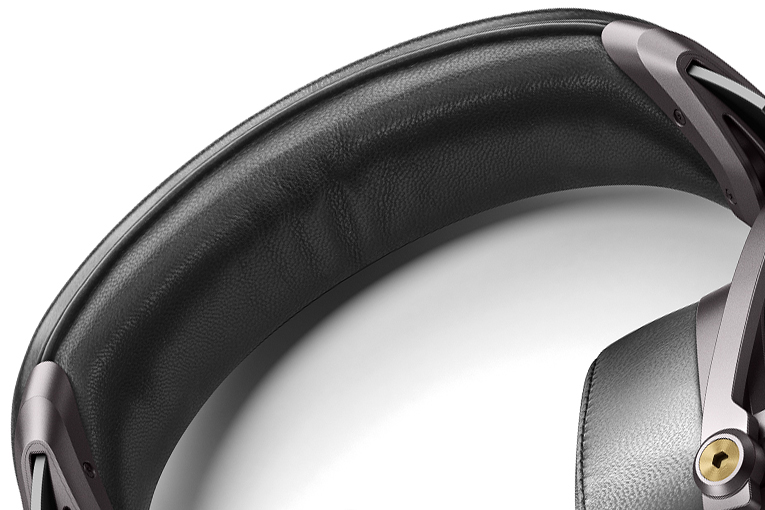 Chesky Records’ Binaural+ releases didn’t sound as good through the Nexts, though. For example, there’s “Smoke Signs” by singer/songwriter Melissa Menago, from Little Crimes (24/96 AIFF, Chesky Records), an all-acoustic performance comprising acoustic guitars, percussion, and vocals, recorded in a large, reverberant space. I could hear right away that the Nexts were bringing Menago’s voice out more than most of the high-end headphones I’ve tried recently. That mid boost seemed to “light up” the recording venue more, bringing out the reflections of the voice in the space. That’s all fine, but the bass was somewhat elevated relative to most audiophile headphones I’ve heard, which made the acoustic guitars sound unnaturally large and boomy. When the guitars reached down into their lower notes, the bass seemed to obscure some of the treble detail, but when the guitar on the left switched from chords to single-note lines, it was clear that the detail was always there.

The Nexts sounded idiosyncratic when I played “Carey,” from Joni Mitchell’s Blue (16/44.1 WAV, Reprise), a recording we’ve all heard countless times through countless systems. The acoustic guitar at the beginning had a rather tinny sound with something of a “cupped hands” coloration, and the bass had an unnaturally percussive “buh BOOM” character, while Mitchell’s voice sounded too emphasized and a little blaring. I noted the same things when I listened to singer Jade Bird’s single “Love Has All Been Done Before” (320kbps Ogg Vorbis, Glassnote/Spotify): too much bass, and the voice blared.

As usual with my SoundStage! Solo reviews, I brought in two other listeners: LeRena Major, a Los Angeles saxophonist who’s held several positions in the music business and is a voting member of the National Academy of Recording Arts & Sciences, and John Higgins, who holds a master’s in music performance from USC and has served as a frequent contributor to Wirecutter and Sound & Vision. We compared the Nexts with several other headphones, including the Quad ERA-1s, the Audeze LCD2 Closed-Backs, and the Fostex T60RPs.

Remarkably, all three of us described the tonal balance of the Nexts the same way. It took LeRena some time to “get” the Nexts. “At first they sounded artificially bright and too punchy in the bass,” she said, “but after a while I did like the way they made the vocals stand out on some recordings.” John never warmed to them, though. “The bass is too boomy and the upper mids smack you across the face,” he said, reacting the same way I did when I listened to female singers through the Nexts.

We love the way these headphones are designed, and we wish more companies would put this kind of effort and expense into the creation of their high-end headphones. But while the Nexts’ voicing works well for some recordings (jazz in particular), and will probably appeal to certain tastes, their idiosyncrasies often didn’t sit well with our listeners.