If you asked me to name a high-end headphone brand, I might think first of Audeze or HiFiMan. But ten years ago, I might have named Denon first. Much -- actually, almost everything -- in the headphone world has changed since then. Yet Denon has taken a relatively low-key approach to the hype-heavy headphone market. Even the company’s most elite current models were “soft launched,” posted on the company’s site with little fanfare. The AH-D7200 headphones ($999 USD) were introduced in December 2016, but I only found out about them when I stumbled upon them at CES in January.

The closed-back AH-D7200s have a classic vibe that takes me back to the days when audiophiles listened to Stan Kenton sides, built Heathkits, and smoked rum-flavored tobacco in briar pipes. There’s not a spec of plastic to be seen. The frame is made from metal (aluminum, mostly), the headband and the plush earpads are covered in sheepskin, and the earcups are crafted from solid walnut. The top-of-the-line AH-D9200s ($1999) step you up to bamboo earcups and Japanese leather. 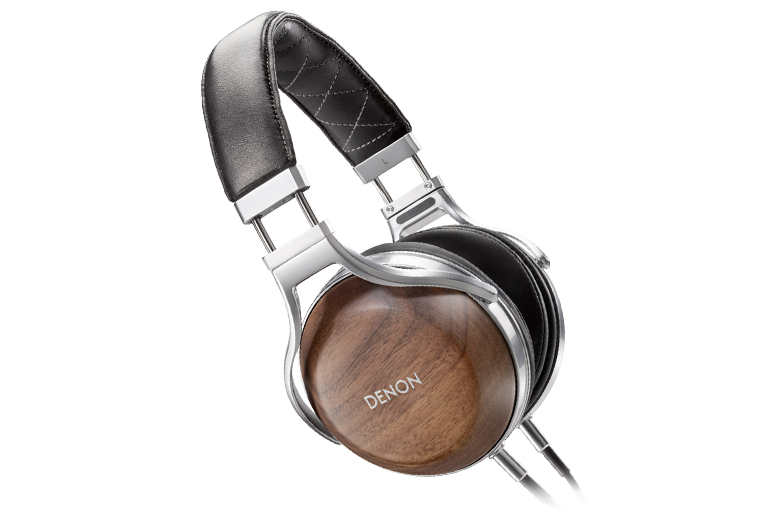 The fact that the AH-D7200s use dynamic drivers with conventional voice coils and diaphragms might seem old-school, but the 50mm diaphragm in each earcup is made from a modern nanofiber material said to combine high rigidity and low mass. As in many high-end headphones (but, to my knowledge, no low-end headphones), the diaphragm’s outer edge is attached to its frame by a compliant half-roll surround, the same as found in most speakers. (Most headphones use a Mylar diaphragm attached directly to the frame.) The surround allows the driver to move farther back and forth without distorting, and also helps damp resonances in the diaphragm.

Surprisingly for large luxury headphones, the AH-D7200s are designed to be easy for any source device to drive. According to Denon’s ratings, impedance is 25 ohms and sensitivity is 105dB. 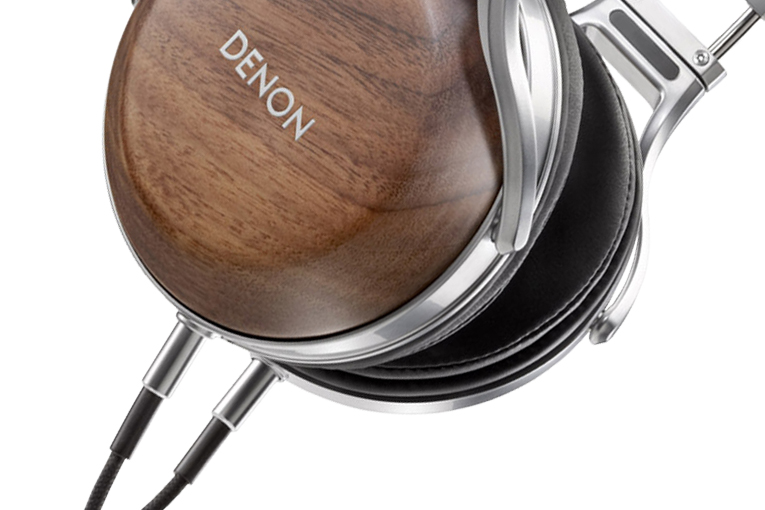 The AH-D7200s are an update of a previous model, the AH-D7000s. But apparently, those were pretty low-key, too. When I went to measure the AH-D7200s, I found I had a set of lab results for the AH-D7000s. I’d completely forgotten about them, but a web search told me I’d measured them way back in 2012 for another publication. The measurements of the AD-H7200s (which you can see if you click the link near the top of this article) showed a more subdued treble response than the AH-D7000s, as well as somewhat deeper bass response than the older model.

Apparently, Denon thinks you should sit at home and listen to your AH-D7200s instead of running around town trying to get your jollies. To that end, the AH-D7200s include no case or protective carrying sack, nor a cable with a portable-device-friendly 1/8" (3.5mm) plug at the source end. The sole accessory is a 10' (3m) cable with a 1/4" (6.3mm) plug at the source end and a 1/8" mono plug for each earpiece. Very old-school -- even most ultra-high-end headphones now include a cable that has a 1/8" plug fitted with a 1/4" threaded adapter. 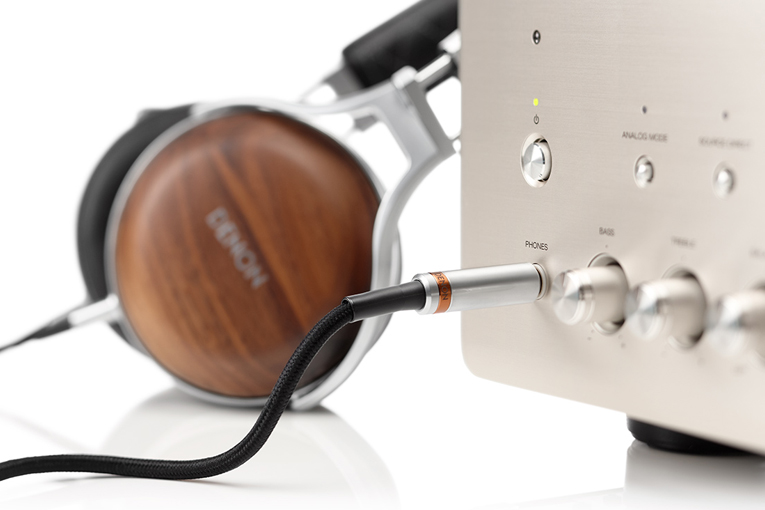 It’d be nice to have a shorter cable -- most listeners sit pretty close to their source device these days -- but because the 1/8" connectors on the earpieces are so common, aftermarket cables in whatever configuration you want should be readily available.

I can’t find anything to complain about when it comes to the AH-D7200s’ ergonomics. They fit comfortably over the ears, the earpads are soft and non-irritating, and at 0.8lb (364g), they’re not particularly heavy. Nor could my listening panelists find anything in the design, feel, or comfort to criticize.

It’s obvious from first listen that the AH-D7200s are a high-quality set of headphones, because they deliver ample detail in the mids and treble without unnaturally emphasizing any part of the audio spectrum. But they’re not for everyone. They have a relatively mellow sound compared to typical high-end headphones -- something some listeners will love, and some won’t. How will you react to it? Let’s see if I can help you figure that out.

Audiophile-oriented recordings, such as folksinger John McEuen’s binaurally recorded Made In Brooklyn (24-bit/96kHz AIFF, Chesky), rest well within the AH-D7200s’ comfort zone. On tunes such as “My Dirty Life and Times,” the AH-D7200s deftly delivered this recording’s unusual mix of intimate and distant space. Vocals, mandolin, banjo, and guitar sit right up front, but the drums are pushed way back into the acoustical space. Through the AH-D7200s, the gradations and depth of the soundstage came through precisely and clearly, and nothing seemed emphasized or unnatural. McEuen’s voice sounded smooth, without a trace of sibilance or chestiness. 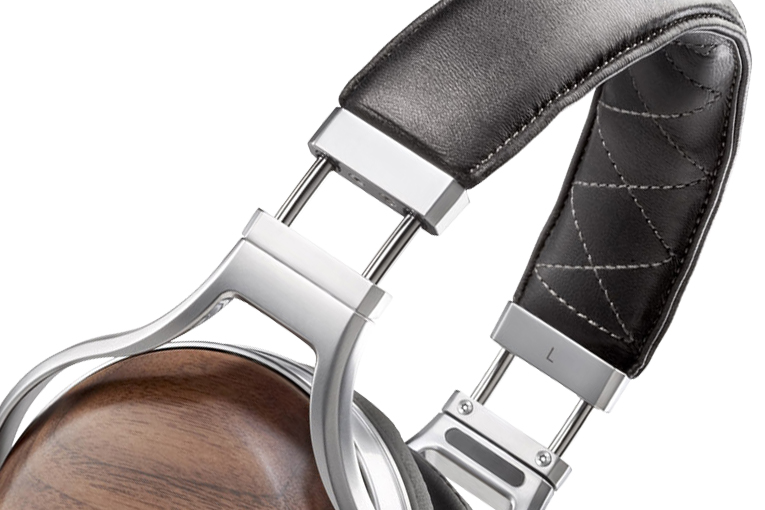 Headphones such as the HiFiMan Anandas ($999) and Beyerdynamic Amiron Homes ($599) delivered an even deeper apparent sense of space, but that’s probably because their treble was elevated relative to the AH-D7200s’ -- and the Anandas sounded comparatively edgy on McEuen’s voice, while the Amiron Homes robbed his voice of some of its body. The Amiron Homes actually produced too much of a sense of space on this recording, at least for my taste -- the drums literally sounded like they were a block away.

Another Chesky recording (although not a binaural one) sounded similarly good -- David Chesky’s Urbanicity (24/96 AIFF, Chesky). Movement 2 of this wild, Ligeti-esque symphony, which was produced and performed using electric guitar and digital instrument samples rather than live acoustic instruments, features all sorts of instruments jumping in and out. Again, the AH-D7200s produced a satisfying sense of space and detail, easily demonstrating why they’re worth more than the well-respected NAD Viso HP50 headphones (originally $249), which sounded relatively simple and somewhat lo-fi in the upper frequencies. And again, the Amiron Homes sounded a little more spacious, but their top end wasn’t as smooth. 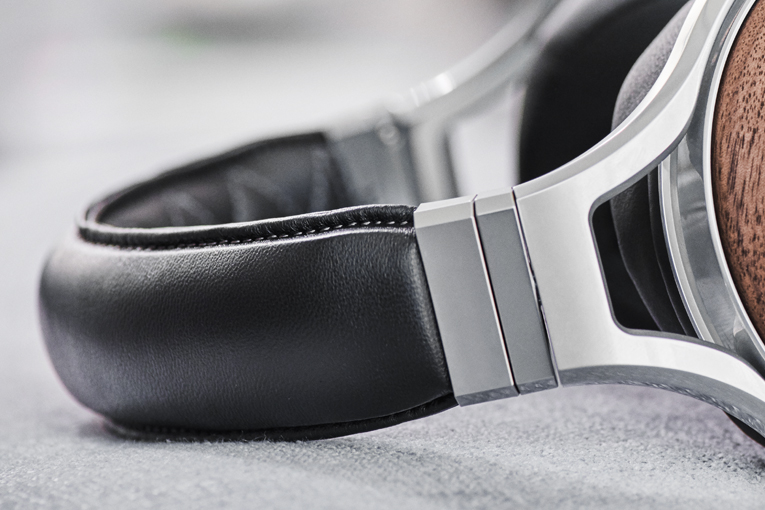 The AH-D7200s struck a just-right balance with most jazz recordings, such as saxophonist Pete Brewer’s Passing Thoughts (320kbps Ogg Vorbis, Pic Records / Spotify). On the ultra-hard-swinging “Be Bop and Roses,” the AH-D7200s sounded a lot more lively and detailed in the mids and treble than the Viso HP50s (largely because of the NAD’s relatively elevated bass response, which sometimes obscures the mids and treble a bit). Through the AH-D7200s, I could clearly hear the characteristics of the artificial reverb used on the tenor sax. The Amiron Homes upped the apparent treble clarity even more, but lost much of the propulsive drive of the bass.

With most pop music, it was more of a toss-up. On producer/DJ Lost Frequencies’ “Are You With Me,” from Less Is More (320kbps Ogg Vorbis, Armada Music / Ultra Music / Spotify), the AH-D7200s sounded pretty well balanced overall, but made the vocals sound a tad soft. In comparison, the Amiron Homes sounded more vivid and exciting, which I have to imagine is what this artist would have wanted. 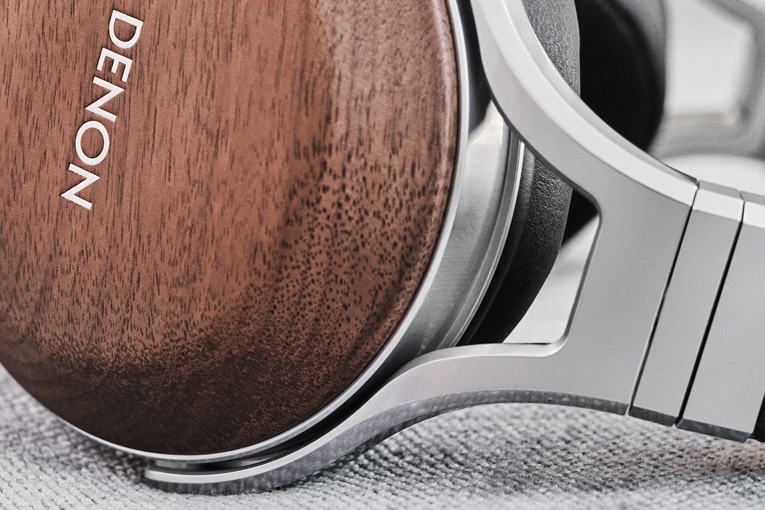 The AD-H7200s seemed to get female vocals just about right. The lilt of Joni Mitchell’s voice in the first decade of her recording career is a great litmus test for headphone tonal balance, because audiophile headphones often make her sound too thin while the extra bass kick of most mass-market headphones often makes her sound bloated. The AD-H7200s did neither when I played “Coyote,” from Heijira (16/44.1 WAV, Asylum), which was released in 1976. Mitchell’s voice sounded naturally full, although never too full. “For non-trebly headphones, these have a terrific sense of space,” I noted. I also loved the way the AD-H7200s captured the elusive pulse of Jaco Pastorius’s fretless bass playing, bringing out the upper-harmonic subtleties he was known for while keeping all the rhythmic force of the fundamental tones. The Amiron Homes and Anandas did a nice job of bringing out some more treble details in the recording, but lost a lot of that drive and gave the electric bass a more midrangey tone that made Pastorius sound like he was playing through a borrowed amp.

To get a different perspective on the Denons, I brought in our usual listening panelists: John Higgins, who holds a master’s in music performance from USC and has served as a frequent contributor to Wirecutter and Sound & Vision, and LeRena Major, a Los Angeles saxophonist who’s held several positions in the music business and is a voting member of the National Academy of Recording Arts & Sciences.

LeRena compared the AH-D7200s with all the other headphones cited above plus the AudioQuest NightHawks ($599). At first, she wasn’t all that taken with the AH-D7200s’ laid-back tonal balance, but after listening to a few tunes, the AH-D7200s emerged as her favorite. She thought that tonally, they sounded somewhat like the NAD Viso HP50s, but that they delivered more sonic subtleties. “I didn’t have to turn it up to hear all the details,” she said. “All the elements of the mixes I listened to sounded clear, and the bass, mids, and treble were well-balanced. These aren’t the kind of headphones that dazzle you initially, but they’re the kind you’d want to use every day.” 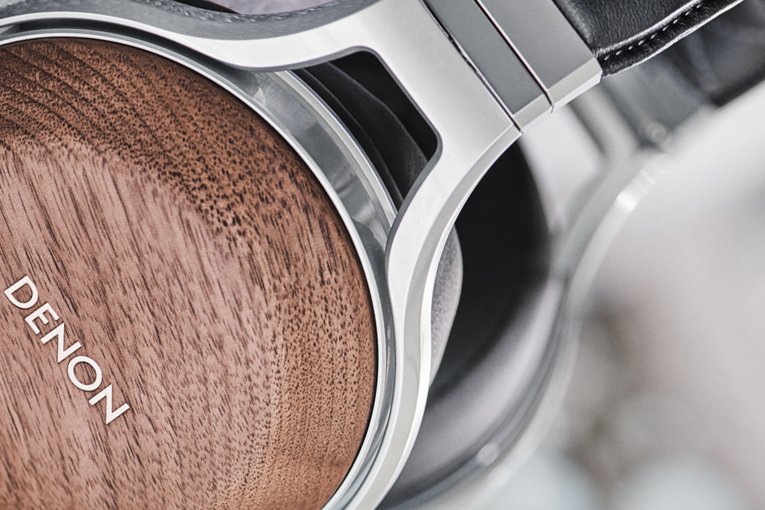 John described the AH-D7200s’ sound much the way LeRena and I did. He found the bass somewhat heavy, and the mids and treble very clear but a little rolled-off sounding. “Anybody who likes bass will like this one,” he said, “because while there’s plenty of bass, it doesn’t obscure the mids and highs.”

The AH-D7200s are gorgeous, well-made headphones, with high-quality drivers and a detailed sound. However, I expect their tonal balance will divide headphone enthusiasts into two camps. Those who crave sparkling, vivid sound will want something with more zip, but those who value fatigue-free, long-term listening will likely love the AH-D7200s.