I’d probably never have paid Status Audio -- or its new BT One headphones -- any attention were it not for something I never asked them to send. I’d requested a set of the company’s OB-1 open-back headphones for a comparison test, and they threw in a set of the closed-back CB-1s for good measure. Months later, desperate for headphones that would be better for mixing my recordings than Sony’s mildly bass-boosted MDR-7506es, I gave the CB-1s a try -- and their neutral, balanced sound (which resulted in neutral, balanced mixes) immediately made them my pro monitoring and mixing headphones of choice. Pretty impressive for $59 USD.

The BT Ones (originally $120, but price reduced to $99 as of September 2019) are very unlike the CB-1s in that they’re Bluetooth, they’re on-ear rather than over-ear, and they’re intended for consumer rather than pro use. But the ethos is the same. Other than the metal back covers on the earpieces, they’re plasticky and ordinary looking, with each side packing what appears to be a generic, 40mm Mylar driver. The focus, apparently, is on getting the sound right -- which, as research clearly shows, means getting the frequency response right. 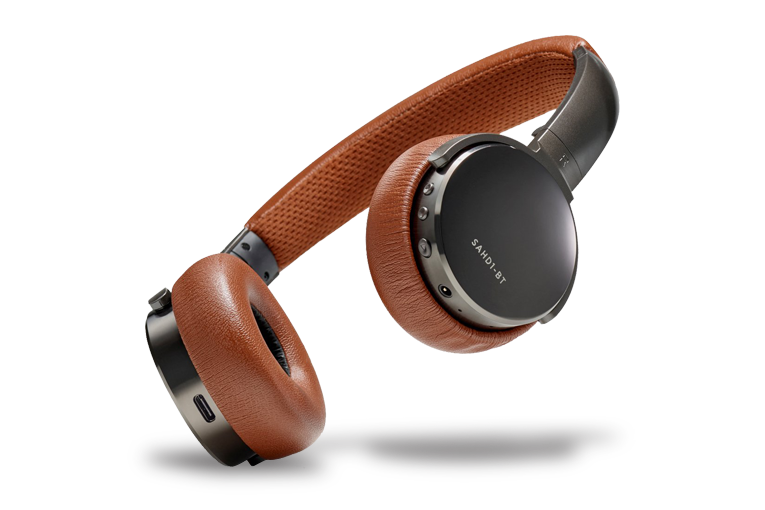 Normally I write a couple more paragraphs in this section describing the cool things about the headphones I’m reviewing, but as I twist the BT Ones around in my hand, I’m not coming up with much. Ooh, here’s something different -- a USB-C charging jack. Besides reducing rated charging time to 1 hour, though, that’s not too exciting. What else? Battery life is rated at 30 hours, which is pretty long. As usual with BT ’phones, there’s a built-in microphone for phone calls. They’re available in black or a gray/brown color scheme.

Guess there’s not much left to do but describe the sound.

The BT Ones come with a pretty nice semi-hardshell travel case, a USB charging cable, and a 3.9' (1.2m) cable that lets you plug them into non-Bluetooth sources, such as inflight entertainment systems and pro audio gear. 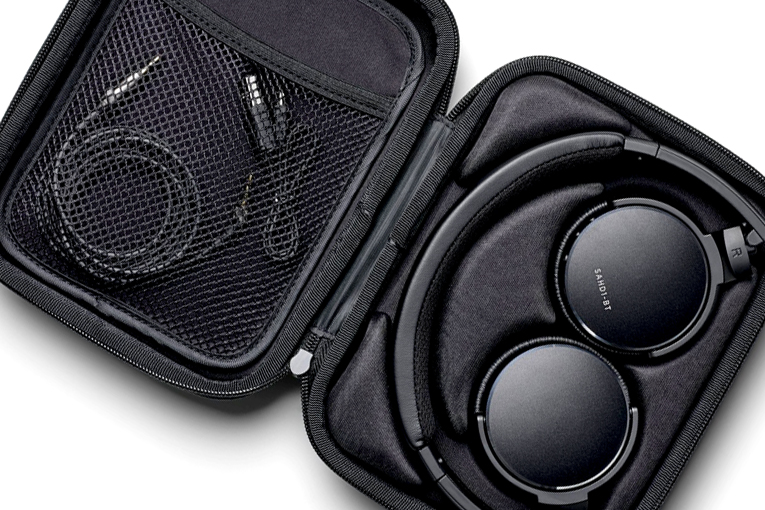 On-ear headphones are known more for earlobe-mashing than for comfort, but the BT Ones are actually quite comfortable, with soft earpads and a light weight that makes them a pleasure to wear on the go. Despite the light clamping force, they stayed in place during a 30-minute dog walk, although they’re not secure enough to jog with.

On the right earpiece are buttons for play/pause, volume up/down, and power on/off. They’re necessarily tiny, but with a little practice I didn’t have any problem using them by feel.

“Everything is in order” isn’t a sexy thing for an audio reviewer to note during listening tests -- but it’s the first thing I wrote when I put on The Steven Wilson Remixes, a collection of Yes tunes remixed by the noted prog-rock producer and bandleader (320kbps Ogg Vorbis, Atlantic/Spotify). Frankly, shouldn’t the fact that a piece of audio gear doesn’t screw up the sound be sexy? Shouldn’t the first task of an audio product be to reproduce music naturally and neutrally, with no glaring colorations? Isn’t that a worthy accomplishment in any audio product, especially $120 Bluetooth headphones? Hell, yes, it is -- especially in an era when too many audio products impose their own misguided aesthetic on the music.

I’ve heard the originals of the tunes in The Steven Wilson Remixes hundreds, perhaps thousands, of times, and his remixes several times through various audio systems, and I was thrilled to hear that the BT Ones just delivered them to me without comment of their own. For example, in “Long Distance Runaround,” I could easily hear Wilson’s little twists on Yes’s classic mixes, such as a touch more deep bass to give the tunes a little more kick, and a subtle boost in the lower treble that brings out the subtleties of guitarist Steve Howe’s plucking. All the elements of these complex tunes -- and all the subtle enhancements Wilson added to highlight bits and pieces that were buried in the original analog mixes -- were easily audible, despite the fact that the BT Ones refused to resort to easy, amusical gimmickry, such as pumping up the treble to make the headphones sound more detailed.

Changing genres didn’t throw the BT Ones off one bit. Cécile McLorin Salvant’s version of “Wives and Lovers,” from For One to Love (256kbps MP3, Mack Avenue), has nothing in common with Yes, but it’s perhaps more challenging to reproduce. The heavy piano/double bass intro often booms through headphones, but not through the BT Ones. McLorin Salvant’s voice sounded natural and balanced, with just a little bit of sibilance. The piano, bass, drums, and voice all seemed to be in perfect balance -- which with a challenging recording such as this, is saying something. Through my AKG N60NC headphones (the only good on-ears I had on hand, and which conform pretty closely to the Harman target curve for natural-sounding headphone response), the sound was similarly good, although the vocals were a little boosted and not as smooth sounding, and the deepest notes didn’t sound as distinct. (This refers to the sound in NC mode, which employs the N60NCs’ internal amplification, just as the BT Ones’ Bluetooth mode employs their internal amplification.)

Similarly, Led Zeppelin’s “Houses of the Holy,” from Physical Graffiti (256kbps MP3, Atlantic), sounded more balanced, smoother, and more fun to listen to with the BT Ones. While the N60NCs’ slightly mid-heavy balance made the mix sound thinner, with the BT Ones it sounded full, satisfying, and very crankable, bringing out all the power of the band’s inimitable groove. 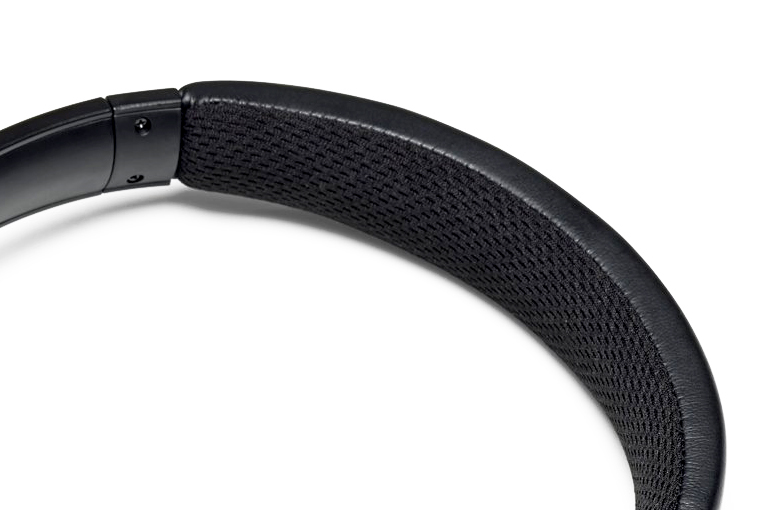 Could a set of $120 Bluetooth headphones handle the detailed, soundstage-heavy binaural recording of saxophonist/vocalist Camille Thurman’s version of “Cherokee,” from Inside the Moment (320kbps Ogg Vorbis, Chesky/Spotify)? Yep. In the sparse arrangement -- a vocal/double bass duet -- Thurman’s voice sounded clean, clear, and natural, and Ben Allison’s bass sounded distinct and articulate, yet full and not at all trebly -- which from hearing lots of his recordings and seeing him live, I think is the sound he’s going after.

I could find only one recording on which the BT Ones possibly sounded somewhat out of balance: Steven Wilson’s remix of “Mood for a Day,” the famous Steve Howe flamenco-flavored piece played on nylon-string guitar. Through the BT Ones, it sounded less full, more like a tenor ukulele. I hadn’t listened to “Mood for a Day” -- either the original or the Wilson remix -- for years, so I tried the BT Ones with another nylon-string guitar recording: “Berimbau,” from The Guitar Artistry of Baden Powell, showcasing Brazil’s best-known guitarist. The BT Ones definitely made the guitar sound thinner than the N60NCs did, but they also made it sound clearer. Without having been at the recording session, of course (and, sadly, never having heard Powell live), I don’t know which is correct. 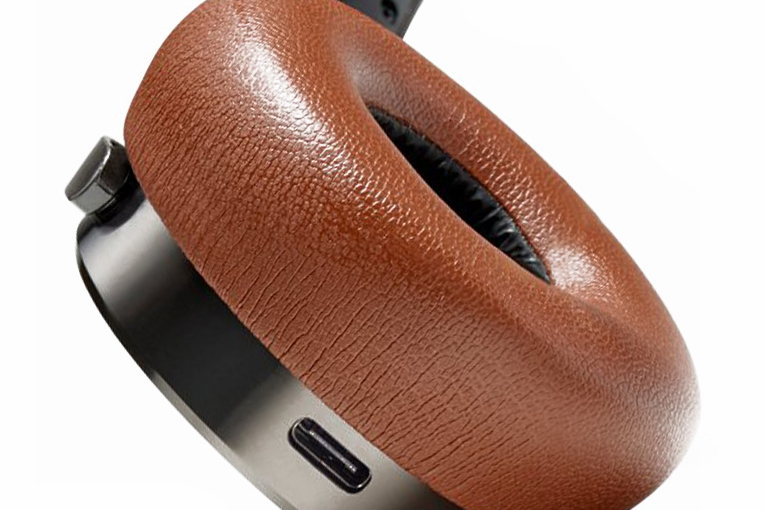 Interestingly, using the BT Ones in wired mode makes them sound a little more mid-focused, kind of like the N60NCs. I was happy to hear that the sound didn’t change much between Bluetooth and wired modes, so using the BT Ones with an analog source won’t be a letdown.

To bring in diverse opinions, I ran the BT Ones past our usual listening panelists: John Higgins, who holds a masters in music performance from USC and has served as a frequent contributor to Wirecutter and Sound & Vision, and LeRena Major, a Los Angeles saxophonist who’s held several positions in the music business and is a voting member of the National Academy of Recording Arts & Sciences.

John, despite having a few nits to pick, thought the BT Ones sounded good for their price. “The low end is tight,” he said, “and there’s a little bit of a punch peak on kick drum. I’d like to hear a little more midrange presence to bring up lead vocals a bit more. There’s a little bit of sibilance, but nothing more than you’d hear in probably anything else in this price range. I’ve never been a big on-ear fan, but these are pretty nice for the price.” 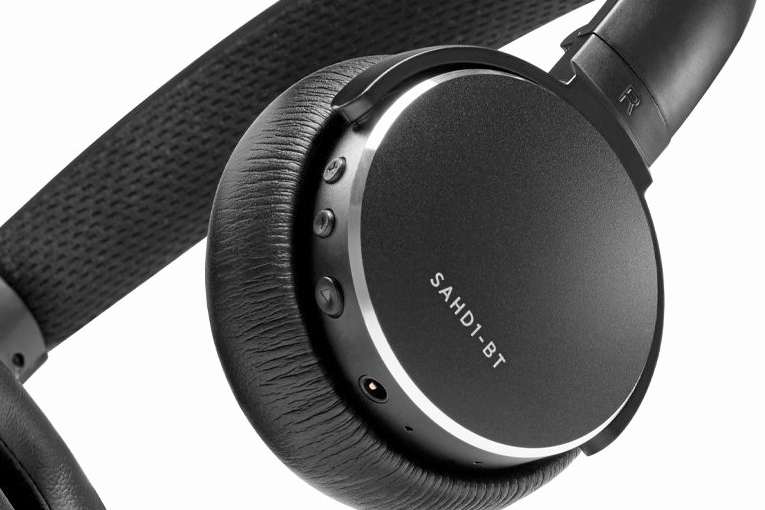 LeRena liked them even better than my AKG N60NC headphones. “It’s a very clear sound,” she said. “I hear good distinction of different elements in each mix. With the AKG, the sound isn’t as enveloping or engaging.”

To the best of my memory, the Status Audio BT Ones are the second-best on-ear Bluetooth headphones I’ve heard -- and the best, the Beyerdynamic Aventho Wirelesses, cost almost four times the BT Ones’ price. I know the BT Ones probably won’t be the headphones that SoundStage!Solo readers love the most -- they don’t have the dramatic soundstaging and dense detail of, say, big, over-ear planar-magnetic headphones. But the request I probably get the most -- from average listeners as well as audiophiles -- is for a set of Bluetooth headphones to use day-to-day in the office or on-the-go that sound really good yet cost somewhere around $100. The BT Ones are the best choice I’ve found for that.

Status Audio BT One Bluetooth Headphones
Price: $99 USD ($120 at the time of the review).
Warranty: One year repair or replacement; 30-day performance guarantee.

Brent Butterworth 22 hours ago Eardrum Suck: The Mystery Solved!
@ChristianYes, if you experience eardrum suck, being able to turn ANC down should lessen or ...

Christian 23 hours ago Eardrum Suck: The Mystery Solved!
Xm4s have adjustable noise cancellation does that help this issue?

John 1 days ago Helm Audio DB12 AAAMP Headphone Amplifier
I just ordered these — this is EXACTLY what I wanted for my Focal headphones. ...

Peter 1 days ago Monoprice Monolith M1570 Headphones
How would you compare these to the Hifiman Ananda's?

Klaus Christensen 4 days ago The Biggest Lie in Audio
@Brent ButterworthHi Brent and Doug.
Thanks for the effort and extend you are interacting with your readers. ...