The Zvox Audio AV50s look like your average, everyday noise-canceling headphones. But they’re not. Zvox specializes in making soundbars that make voices easier to hear. Many audio products claim to do this, but most accomplish it through simple EQ shaping -- usually boosting in the upper midrange/lower treble, somewhere around 2 to 4kHz. Zvox does some EQ, too, but says it also adds dynamic range compression and a few other tricks to achieve more effective voice enhancement. The AV50s bring this technology, which Zvox named AccuVoice, to headphones.

With the AV50 headphones ($149.99 USD), the voice enhancement is “burned in” -- it’s always on, unlike the Clear Voice mode in the MEE Audio Matrix Cinema ANC headphones I recently reviewed. Company founder Tom Hannaher told me that “we’re targeting all users but ‘super-targeting’ the 50+ crowd" -- i.e., people who presumably have some degree of hearing loss and could benefit from AccuVoice -- and the company’s website echoes that statement by showing actual gray-haired people modeling the headphones. That’s got to be a first for the headphone biz. 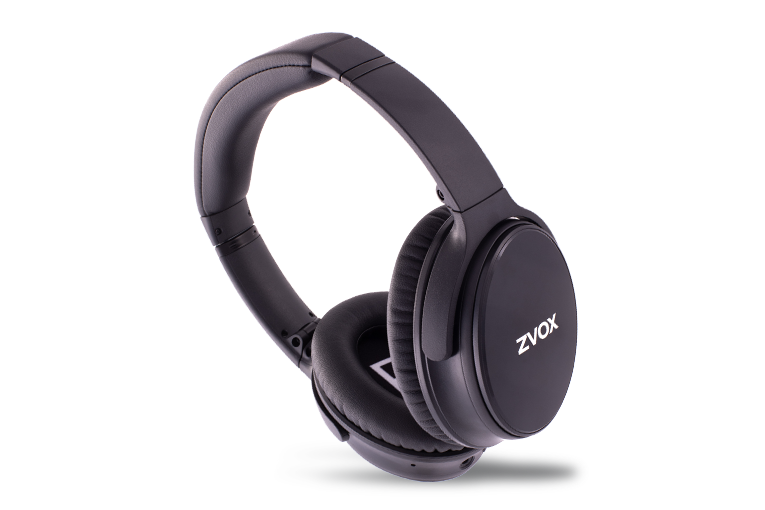 The AV50s include Bluetooth (with the standard version of the aptX codec) and noise canceling, and they clearly take a lot of design cues from Bose’s noise-canceling headphones, such as the QC25 and QC35 II. That’s not a bad thing at all; those headphones sell in the zillions because the design works. The AV50s are available in black, red, blue, and rose gold.

Wait a minute . . . affordably priced headphones not targeted at hip-looking Gen Xers and millennials? Awesome! Finally, a review where I can wallow comfortably in my Yes and Led Zeppelin albums and not have to listen to anything new. In fact, I think I’ll make it a point to review the AV50s only with music I first heard in the 1970s on my Sears 8-track tape player.

The AV50s include a slim travel case that’s similar to the one Bose uses; it measures just 8.5” by 6” by 1.8”, making it slim enough to slip into most laptop bags. There’s also a USB charging cable, and a 40” (1.03m) audio cable tipped on each end with a 1/8” (3.5mm) plug, which lets you connect the AV50s to analog sources such as inflight entertainment systems. 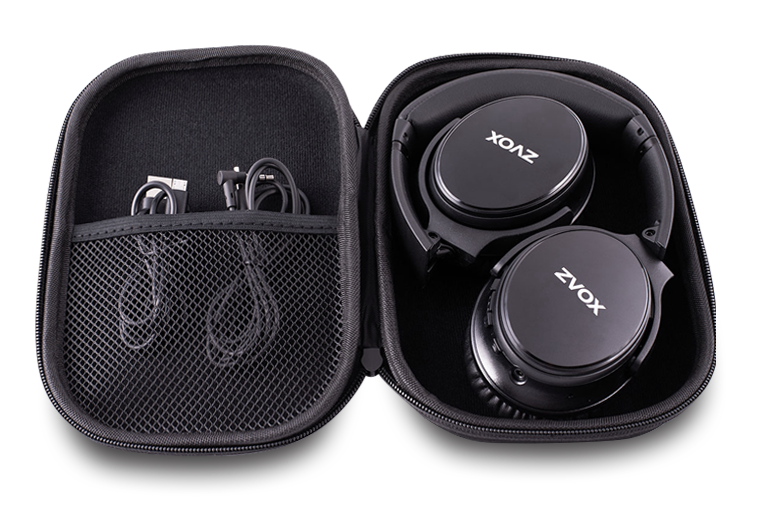 The fact that the AV50s stick so close to Bose’s paradigm is nothing but a good thing from an ergonomics standpoint. In fact, they feel just like QC35 IIs, with fairly thin but comfortable earpads and light clamping force. I wore them for most of a roundtrip flight from Los Angeles to New York and back with no discomfort at all, and even fell asleep wearing them (the outbound leg was, unfortunately, a red-eye). There’s a hint of residual hiss when you turn on the noise canceling, but it’s less than I hear from many, perhaps most, noise-canceling circuits. There’s also a hint of eardrum suck, but for me it wasn’t uncomfortable.

In an age where almost all high-end noise-canceling headphones have complicated, touch-sensitive swipe controls on one earcup, the AV50s seem refreshingly easy to operate. There’s one group of three buttons that controls power, volume, and track skip, and a separate button for noise canceling. All are super-easy to operate by feel.

Honestly, I barely know where to start with these headphones. While at age 57 I’m clearly in Zvox’s “super-targeted” market, and my latest hearing test shows what an audiologist might expect from a male my age (not much hearing above 10kHz, and a deepening “noise notch” around 4kHz), I have no problem understanding voices, hearing the harmonics of cymbals and acoustic guitars, etc. Plus, all of the people I use to get outside opinions on headphones are in their late 30s or early 40s (which is partly why I chose them). So I’ll have to take some guesses as to how well the AV50s will work for someone with troublesome hearing loss.

One thing’s clear: In the mode I expect these headphones will be most often used -- Bluetooth with noise canceling on -- they sound very unlike most of the headphones I’ve tested. To put it simply, there’s a powerful but narrow bass boost, and an elevated mid-treble. For example, in the “Discovery” passage of Rush’s “2112” (2112, 320kbps Ogg Vorbis, Mercury/Spotify), Geddy Lee’s voice sounds even brighter than usual, and the guitar sounds thinner, with less body -- but surprisingly, I didn’t find this fatiguing or tinny or harsh. Were the vocals easier to understand? I didn’t have a problem with that before, and God knows I’ve memorized every word of “2112,” but yeah, I guess Lee’s voice did sound clearer. 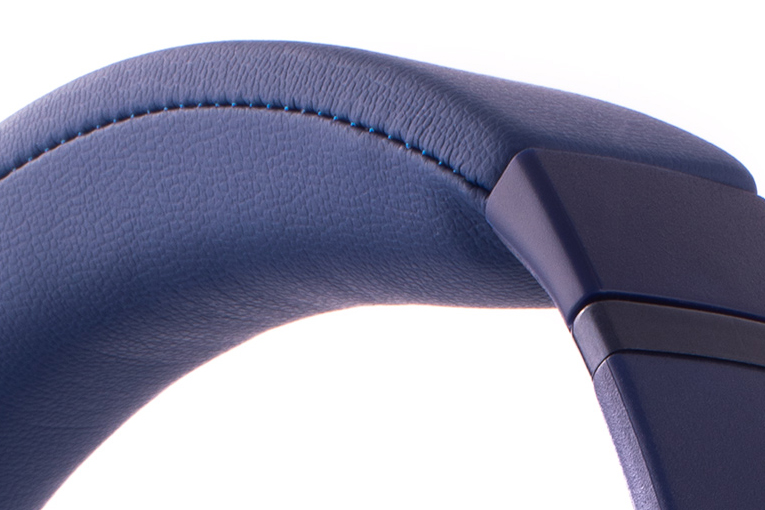 When the tune moves on to the “Presentation” section, that bass boost makes the heavier parts of this passage kick hard, with Lee’s deepest bass notes and Neil Peart’s kick drum leaping out dramatically. Unlike headphones that have a broad bass boost below, say, 200Hz, these don’t boom or bloat. They just make it sound like the drummer got a bigger kick drum and the bass player got a bigger, better amp.

The AV50s transformed Heart’s “Dreamboat Annie” (Dreamboat Annie, 320kbps Ogg Vorbis, Capitol/Spotify) by intensifying the electric bass notes, which gave the tune a groove I didn’t know it had. The voices were indeed clearer, and the banjo became more prominent in the mix. It was definitely different from what I’m used to hearing. I started to realize that the bass bump was probably intended to balance out the mid-treble boost, which it did as long as there’s bass content below about 60 or 70Hz. 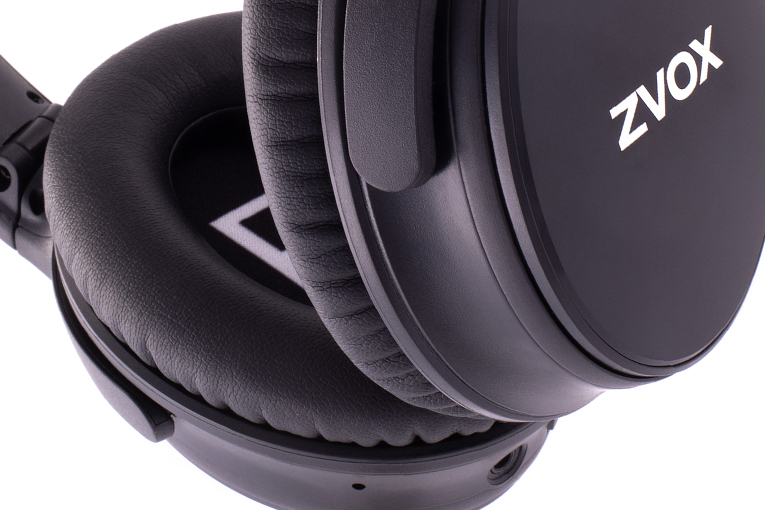 I wanted to hear what the AV50s sounded like with a non-vocal recording, so I put on Twin House (256kbps MP3), an album of acoustic guitar duets by Larry Coryell and Philip Catherine (which I’m rather proud that I purchased on 8-track at age 15). The guitars on Twin House don’t have much body no matter what system you hear them on, and through the AV50s, they had even less, and the bass hump let me hear some rumbling in the recording (the guitarists’ feet tapping, I imagine) that I’d never noticed before. Still, though, the sound held together and I enjoyed it. Overall, it was like hearing the album with the treble on my 1970s stereo turned up about two notches. I tried using the graphic EQ in my Samsung phone to shelve down the treble above 4kHz by 2dB, and I did like it a little better this way. But on the few tunes where Coryell and Catherine made heavy use of their guitars’ low E strings, the extra bass balanced out the treble, and the music sounded better with the phone’s EQ set flat.

Obviously, headphones intended to enhance voice clarity ought to be tested with some dialogue, so I plugged the AV50s into my iPad and watched a couple episodes of Hulu’s excellent reboot of the World War II German submarine drama Das Boot. With this material, using the wired connection with noise canceling on, the AV50s performed beautifully. I didn’t notice any tonal balance aberrations, the voices were clear, and the depth charge explosions sounded gratifyingly powerful and exciting. 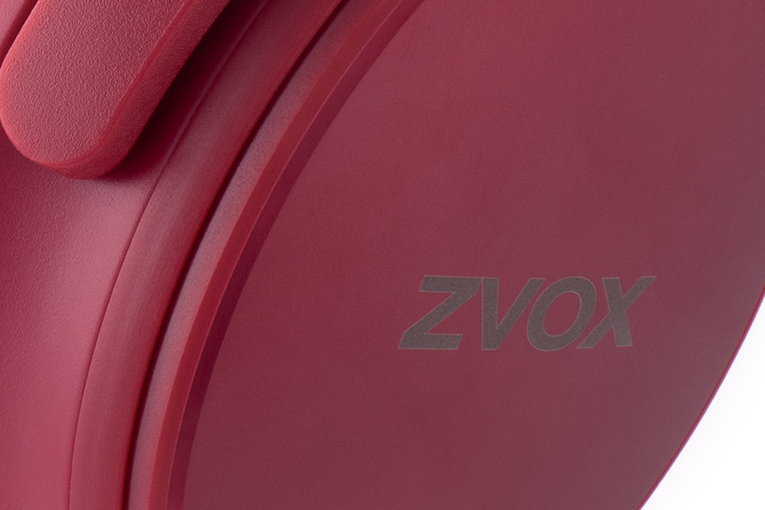 Note that had I used an Android tablet with aptX. I would have used a Bluetooth connection, because the latency on standard aptX Bluetooth is tolerable, but the iPad doesn’t have aptX, only AAC and the standard SBC Bluetooth codec, which introduces annoying lip sync issues. If you want to use the AV50s for TV watching, you can connect an aptX Bluetooth transmitter to your TV; it’d have been even better if the AV50s had aptX Low Latency. For more on latency issues with Bluetooth, see my recent column on the subject.

With a bit of trepidation because of their relatively young ages and superior high-frequency hearing, I ran the AV50s past our usual listening panelists: John Higgins, who holds a masters in music performance from USC and has served as a frequent contributor to Wirecutter and Sound & Vision; and LeRena Major, a Los Angeles saxophonist who’s held several positions in the music business and is a voting member of the National Academy of Recording Arts & Sciences. I didn’t tell either one about the AV50s’ AccuVoice technology; for all they knew, they were just hearing yet another set of noise-canceling headphones.

“Everything sounds very clear through these, but they don’t have what I’d call a rich tone,” LeRena said. “It’s not as full-sounding as most of the headphones I tend to like.” Informed of the intent of the AV50s’ voicing, she said, “OK, I guess these could work for that.”

“They sound pretty good on a sort of basic level,” John said, “but they’re definitely bright-sounding, even though there’s a lot of bass.” When I asked him if he thought the AV50s would work for hearing-impaired listeners, he shrugged his shoulders.

Even a review with measurements and three different listeners’ opinions isn’t adequate to evaluate the AV50s properly. To do this, you’d need to pull in multiple listeners with some level of noticeable hearing impairment, and test the AV50s versus a standard set of similar headphones (such as the Bose QC35 IIs). This sort of testing is beyond the scope of what most audio publications can afford these days. 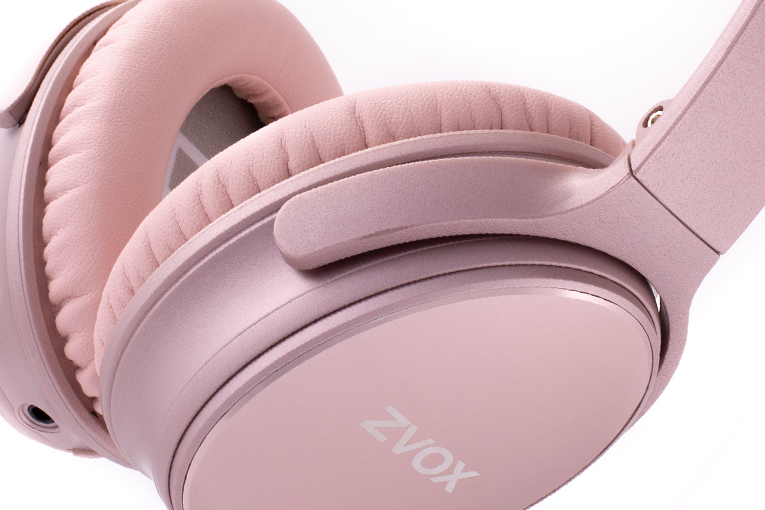 Here’s what I can say: The AV50s are a nice and affordable set of headphones. With a “normal” voicing along the lines of the Harman curve (which research shows delivers the sound most listeners prefer), I could recommend them without hesitation. For their intended use and market, the recommendation is trickier. Hearing impairment occurs at various frequencies, as low as 3kHz or as high as 8kHz; the AV50s’ boost between 4 and 8kHz (which you can see in our measurements) would seem to address that, but how much boost you might need or want, I can’t say.

The best bet, if you want headphones that will make voices easier to understand, is just to go ahead and try the AV50s. You’ll probably like the design and features, and the sound might work great for you. If it doesn’t, Zvox offers a 60-day money-back satisfaction guarantee.

E-mail: This email address is being protected from spambots. You need JavaScript enabled to view it.
Website: www.zvoxaudio.com