A decade ago, there was little consensus on how headphones should sound. With different brands -- or even different models of the same brand -- headphone enthusiasts rarely knew what to expect because they had only vague ideas of what was “right.” It’s a different world now, though. Thanks to scientific research (such as that behind the Harman curve), wider publication of headphone measurements, and more interaction between engineers at events such as the AES International Conference on Headphone Technology, good headphones have become common, rather than rare exceptions.

To explore how manufacturers approach voicing their headphones, we decided to interview some of the people involved in the process. This month, in our second installment, we have HiFiMan founder Fang Bian and Focal headphone product manager Mégane Montabonel. You can read the first installment of this series, which features PSB’s Paul Barton and Dan Clark Audio’s Dan Clark, here.

Brent Butterworth: Do you have a standard target curve for your headphones?

BB: So you voice them totally by ear?

FB: No. When we get a prototype, we do measurements first and make sure there’s nothing surprising, like high distortion or something in the frequency-response curve that looks strange. Then we do listening sessions, which are much more difficult than the measurements. Often we make a subtle change that’s very easy to hear, like a small modification of the diaphragm or the magnets, but the effects of it are hard to measure. And the effect of the cables on the sound can’t be measured, but sometimes it changes the listening experience dramatically. 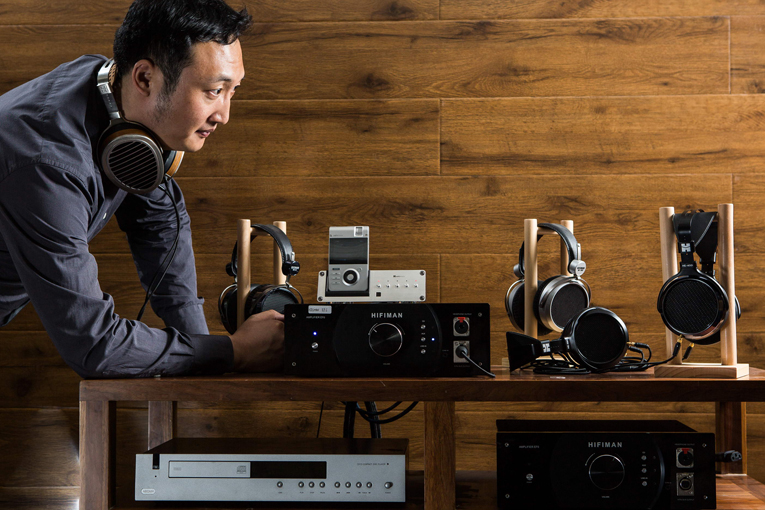 BB: So what kind of sound do you go for?

FB: It’s been a learning curve for 15 years. When I first got into the business, I bought some very expensive products so I could see how the top-of-the-line equipment sounds. I realized after a few years that some very expensive stuff sounds very different from what I hear in a music hall. So every month I spent some time in Avery Fisher Hall, at Lincoln Center, or Carnegie Hall, and tried to get some education about the sound of live music, which I think is very important to tuning the sound of headphones. For example, with our most expensive headphones, the Shangri-La, I made them sound like you’re seated in row 10 to row 20 in Carnegie Hall. The regular ticket price in those rows is $150 to $200, but it’s worth it because the sound is very good. I can’t say we reproduce sound like you hear in a real music hall, but I try my best to make it sound like that.

On the new Deva, our headphones with the Bluetooth dongle, I worked very hard to keep the transparency of sound, even though it’s an inexpensive model. But I gave the Deva headphones a little more warmth in the low end because I know at that price the customer will not listen only to classical; they’ll listen to all kinds of music. So the low end was bumped up just a little, which is far from overwhelming.

I was very lucky to get that result with the Deva. I’m not sure in the next model I will be so lucky!

FB: Not really. You can’t say there’s anything absolutely right or wrong in headphone tuning, because even music halls have different sound qualities. Carnegie Hall sounds a little colder than Avery Fisher. The Berliner Philharmonie is a different style entirely, brighter than most traditional music halls. So I don’t want to control the headphones so much that they all sound the same. I just try to get the most potential out of that design. Sometimes it might be warmer sounding; sometimes it might have a little more transparency.

BB: I’ve measured at least 15 of your headphones, and there’s a strong commonality to the curves -- almost always flat below 1kHz, and with a big peak around 3kHz and a smaller one around 7kHz. If you showed me the measurement, I could probably guess it’s a HiFiMan.

FB: You’re seeing the commonality in the HiFiMan system. The overall structure, the diaphragm, the magnets, the damping, the earcup. For more than ten years, we have used relatively large planar-magnetic drivers, and we keep the damping low. So the basic parameters are a tradition for us and we don’t want to change that much. But to my ear, they’re all different, and the difference is easy to recognize.

BB: Do you voice your earphones any differently from the headphones?

FB: It’s the same philosophy but different systems. The structures are very different, but the result is much the same. 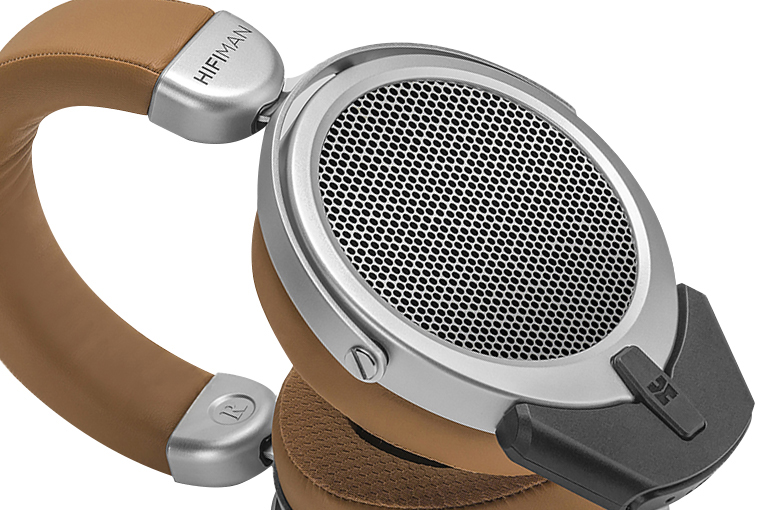 BB: Now that you’re bringing in more Bluetooth models, do you plan to start voicing some of the products for a more mass-market customer?

FB: No, we don’t have the capacity to address that market. We would have to get investors and spend millions of dollars on marketing and branding, and it might work, but often it doesn’t. So even though I’m doing Bluetooth, I’m not going into that market. Instead, I’m trying to educate more people to understand the audiophile concept.

Compared to Bluetooth headphones, the traditional audiophile headphones are difficult to use. You need an expensive amp to drive them, and you’ll have to buy a pricey DAC or CD player. With Bluetooth or other wireless headphones, you don’t need to buy anything extra, and you can use Spotify, Tidal, or Apple Music and listen to any music you want. Most people don’t understand the audiophile approach. For example, they don’t know who Patricia Barber is, but all audiophiles do. So the combination of wireless and high-quality sound -- if you can keep these two animals together, more people will become audiophiles, and that’s the key to growing our business.

Mégane Montabonel: We try to have consistency within the whole range. We think the Focal customer likes our sound, and whether they buy the Sphear or Utopia designs, we want them to recognize our signature. It’s the same with our speakers. Sometimes the curve can be different, but they all still sound similar. There are times when we have a little more bass in a headphone, or if it’s more for mobile use, in a noisy environment, we increase the highs a bit. In the Sphear Wireless earphones, we have two modes; one is more for a noisy environment. 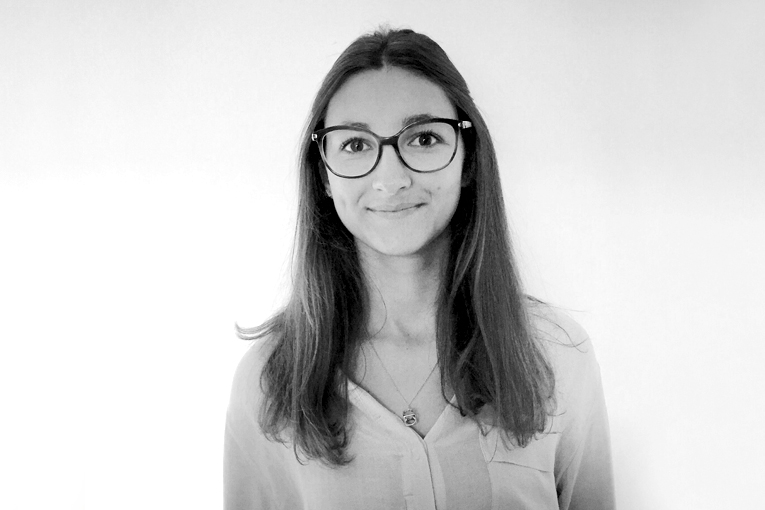 BB: If someone asked, “What do Focal headphones sound like?” how would you answer? Is there a particular frequency range that’s especially important?

MM: We want to stay faithful to the original recording. We don’t want to increase the bass or the high frequencies to where the headphones no longer sound like the recording. With our professional products especially, the sound needs to be very realistic, and we try to tune all of our headphones and speakers the same way. We know there are some situations where consumers would like a little more bass, and we’ll do that, but we’re careful not to add too much to where it makes the sound unnatural. We’re also careful not to let any frequencies cover up the sound of the voice.

BB: What is the process for voicing your headphones?

MM: We start with a brief for the R&D department, to outline the goals for the product. They come up with three prototypes, and they measure them but they don’t tell us what the measurements are. Then we have listening sessions to decide which one comes closest to the target we gave them. For headphones, the listening panel includes the R&D person and myself, but we also bring in other people to get a better idea of what consumers might think. If we want to modify it from there -- say, increase a bit at a certain frequency -- they’ll change it and measure it. Then we listen again.

The frequency-response curve is not the most important thing. Sometimes you can see things in the curve that you don’t really hear. 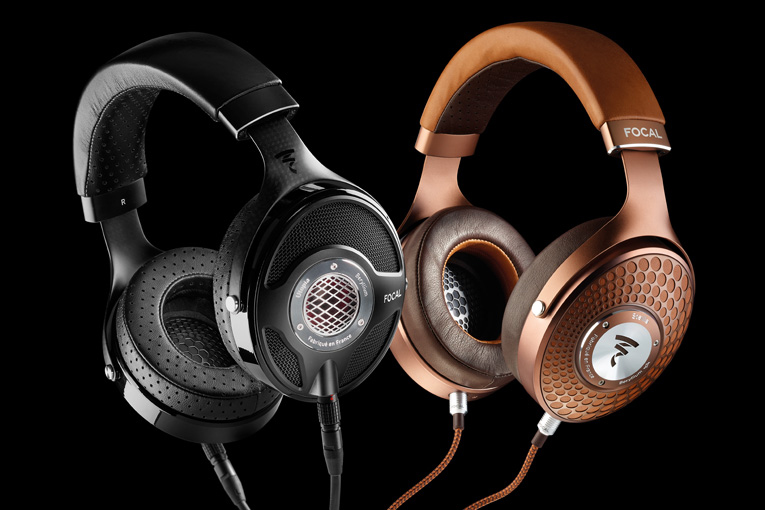 BB: Is there anything you think makes the sound of Focal headphones and earphones stand out from competitors?

MM: On the Stellia and Utopia headphones, the beryllium drivers really help. It’s the best metal we’ve found for drivers, whether they’re in speakers or headphones. It’s very light and it has very good damping, so it stops moving immediately when the signal stops. In the Elegia and Clear headphones, we use aluminum/magnesium drivers, which give us a similar result. Our surrounds [the component that connects the driver diaphragm to the basket] are very light so the diaphragm can move fast, and we use powerful magnets.

For our closed-back models, the Elegia and Stellia, we treat the inside of the earcups acoustically, the same way you would treat a room, with diffusors and absorbers. That eliminates the resonance you tend to get with closed-back headphones.

BB: When you listen to other headphones, what are the things you find that you don’t like?

MM: Sometimes we listen and the dynamics can sound slow. You’ll have a big impact on bass, but it keeps on going because there’s not enough damping. Otherwise, it’s not really having too much high frequencies or bass; it’s the balance. Often we hear too much in the high frequencies. Especially for in-ear models, many of them can be too aggressive from 2kHz to 4kHz.