The Big Mistake Many Headphone Makers Keep on Making

I’ve been writing regularly about headphones since the start of the headphone boom, back in the late ’00s. In those early days, good-sounding headphones were hard to come by. Sure, there were several great headphones available then—but as I learned when putting together headphone shootouts for Sound & Vision magazine, there were a lot more bad ones. That’s not so much the case today, thanks in part to the famous research behind the Harman curve. But what I consider the key finding in the Harman curve still often goes ignored—as I discovered last month in my review of the V-Moda Crossfade 2 Wireless Rolling Stones Tattoo You and some tests I recently conducted on the KRK KNS 8400 headphones. 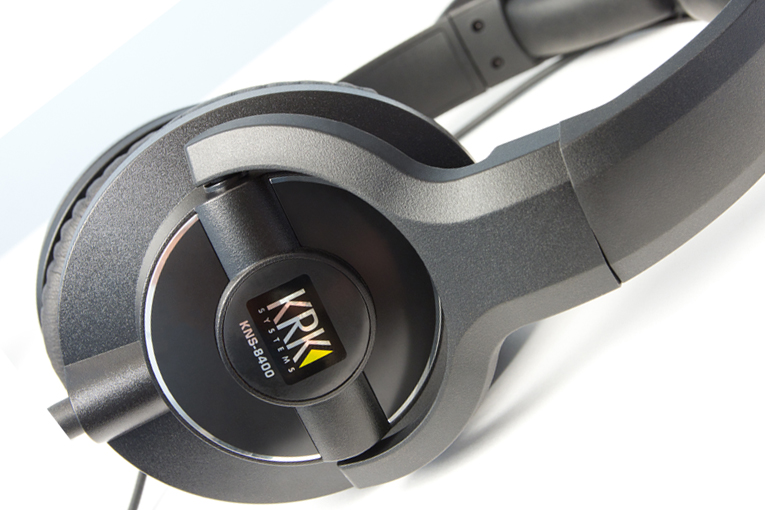 At this point, everyone who voices headphones should be conversant with the Harman curve research; not being familiar with it is as unforgiveable as a jazz saxophonist in 2022 not being familiar with the work of John Coltrane. The big mistake is not hard to find—it’s discussed in most of the Harman curve papers, and it’s obvious to anyone who looks at a plot of the curve. But it’s most directly spelled out in AES Convention Paper 9919, “A Statistical Model that Predicts Listeners’ Preference Ratings of Around-Ear and On-Ear Headphones,” by Sean Olive, Todd Welti, and Omid Khonsaripour. The paper was published in 2018 and is readily available in the Audio Engineering Society e-library for $33, or for free if you’re an AES member.

In the experiments this paper is based on, the authors tested 31 different over-ear and on-ear headphones from 18 different manufacturers, using 130 listeners ranging in age from 13 to 65, all of whom had been tested for normal audiometric hearing, and all of whom had passed level 8 in the Harman How to Listen training program. The authors then compared the listening results with measurements of the headphones to find out what frequency-response characteristics the listeners preferred. I have to note here that this is a far more structured, stringent, and serious test than any audio magazine or website has ever conducted, at least to my knowledge; comparing this to most audio product testing is like comparing John Coltrane to a junior-high kid who just picked up the saxophone a few weeks ago.

I’ll admit that scientific papers can be daunting (even for scientists!), but I couldn’t have spelled out this paper’s findings more clearly:

The headphones in the “fair” category have too much energy between 100Hz and 500Hz, which made vocals sound too muddy and colored . . . Finally, the headphones in the “poor” category also have too much energy between 100 to 500Hz but also too much below 100Hz. This characteristic in combination with a deficit in treble above 1kHz produced a sound profile described by listeners as exaggerated bass, boomy and dull. Our listening panel did not like this sound profile and gave the headphones very low ratings.

I couldn’t agree more. As I heard with the V-Moda and KRK headphones—and many other models I’ve tested, especially those launched in the heyday of Beats by Dre and other bloated, boomy-sounding headphones of the early ’10s—headphones with a response that doesn’t drop quickly above 100Hz tend to have overpowering, indistinct-sounding bass. And having gigged regularly on double bass for the last six years or so, I think I have a pretty good idea of what bass is supposed to sound like. Bass sounds different in every venue, so I have to adjust the tone controls before I start every gig—and the control that really makes or breaks my sound is the Low-Mid knob, which governs frequencies between about 150 and 600Hz. Too much energy in this area, and not only does the bass sound bloated and excessively loud, it also swamps the subtleties of the bass player’s plucking or bowing, and tends to drown out the other instruments in the band. In fact, I’d say that other than my playing, my setting of this knob has the biggest effect on whether or not a bandleader will want to hire me again. 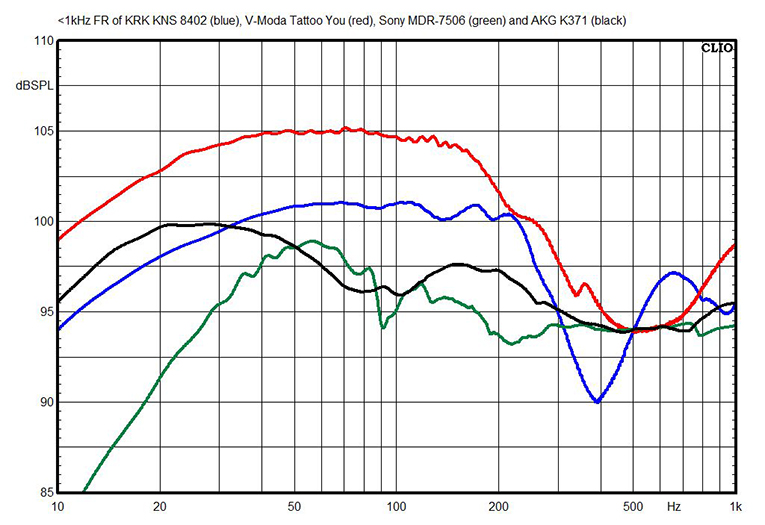 Having too much energy in this range makes acoustic guitars sound especially bad—even a really sweet-sounding Taylor acoustic will sound boomy and dull, like a big, cheap dreadnought guitar. It also often makes male—and even sometimes female—voices sound bloated and excessively resonant.

Before the Harman curve started to gain traction, it was common for headphones to have elevated response below 500Hz. It’s easy to understand why—almost all headphones have a single driver, and they’re tuned through mechanical and electrical alterations in the driver; through the damping materials placed in front of and behind the diaphragm; and if they’re a closed-back design, through the acoustical characteristics of the enclosure. Using these relatively crude methods, it’s tough to achieve the kind of bass response the Harman curve demands: a roughly 6dB/octave rise below 200Hz, and then an elevated, but basically flat, response below about 100Hz.

(By contrast, this is relatively easy to do in multi-driver earphones—just use a dynamic driver for the bass and roll off its response above 100Hz. It’s also easy to do in headphones with digital signal processing, or DSP—just dial it in with the parametric EQ all of these products offer.)

But there are passive, single-driver headphones with bass response that comes pretty close to the Harman curve—including the AKG K371s, and even the Sony MDR-7506es, which were introduced in 1991. Neither one of these models is expensive—the K371s cost $149, and the MDR-7506es are usually available for around $90. 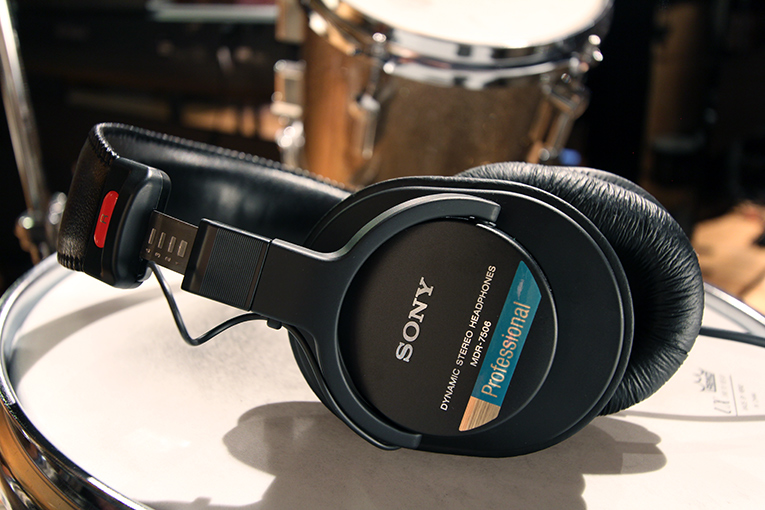 So I can’t understand why I still encounter headphones that have excessive energy in the upper bass and lower mids. I suppose that someone could make the case that this type of tuning sounds good to them—the V-Moda and KRK headphones in question, like almost any headphones, get plenty of good reviews. But once you’ve listened to this type of tuning, versus, say, Harman-curve tuning, or most planar-magnetic headphones, which tend to have essentially flat response below 1kHz, you’ll realize that bloated, boomy, indistinct bass doesn’t sound good—no matter how much of a basshead you are.

I hope that the engineers who tune passive headphones might read this, give the Harman research a second read, and check out some of the headphones with better-controlled bass response. And if they’re still not convinced, I hope they go see an acoustic jazz group or a symphony orchestra or even an open mike with a few folk singers, and then compare their headphones to what they just heard.