“So what happened to AKG?” I asked when I visited Harman International’s booth at CES, shortly after Samsung bought Harman, AKG’s parent company. The guy I was talking with went off to ask another guy, who went off to ask another guy, and I never really got an answer. AKG, of course, continues in a different location under different leadership. But in a way, Austrian Audio is what happened to AKG. When AKG’s Austrian headquarters closed after the acquisition, 22 of its former employees founded Austrian Audio, where they’ve gone on to specialize in microphones and professional headphones—such as the Hi-X65s. 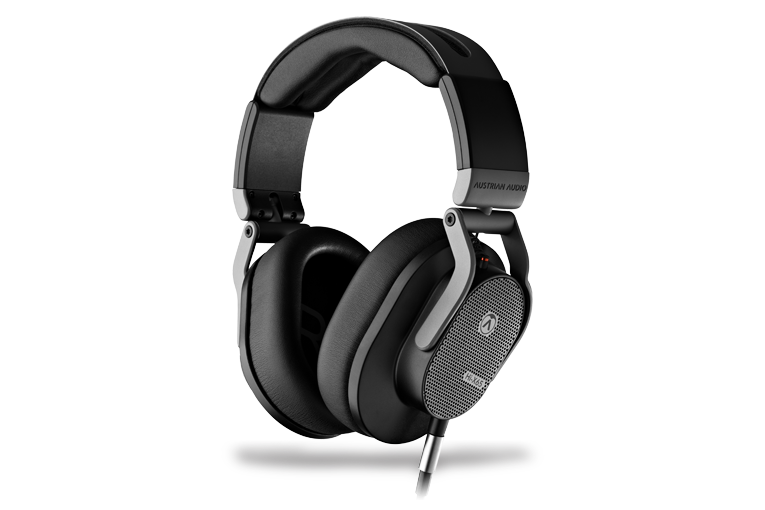 The Hi-X65 headphones ($429, all prices USD) are a new open-back design intended primarily for mixing and mastering, but they suit casual music listening, too. While most open-back headphones are much larger, the Hi-X65s are sized and styled like a typical set of mid-three-figures, closed-back consumer headphones. They’re ruggedly built, with sturdy metal hinges and a springy metal headband.

As with most good studio headphones, the earpads and cable are replaceable because pro headphones often tend to get daily use for years, so the soft parts wear out. Visit any radio station and you’re sure to find at least a couple of pairs of pro ’phones with mangled cables and half-shredded earpads. 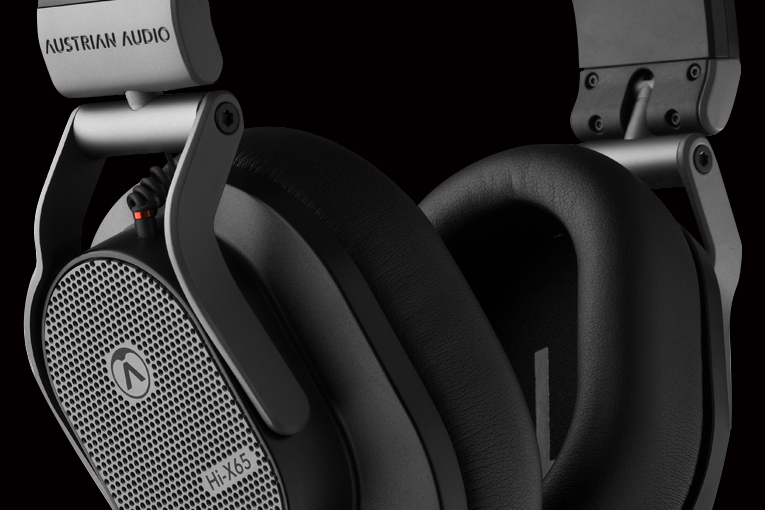 Inside each earpiece is a 44mm dynamic driver designed for high excursion—and thus, presumably, high power handling and low distortion, something our measurements section (available from the link at the top of this review) will tell us. Rated impedance is 25 ohms, which is pretty standard. Rated sensitivity is 110dB, but with a 1V signal—40mW at 25 ohms rather than the industry-standard 1mW used for sensitivity measurements. That translates to a 94dB/1mW sensitivity rating, which is somewhat low, suggesting that it might be tough to get the Hi-X65s cranking if they’re plugged straight into a mobile device with a weak internal amp. 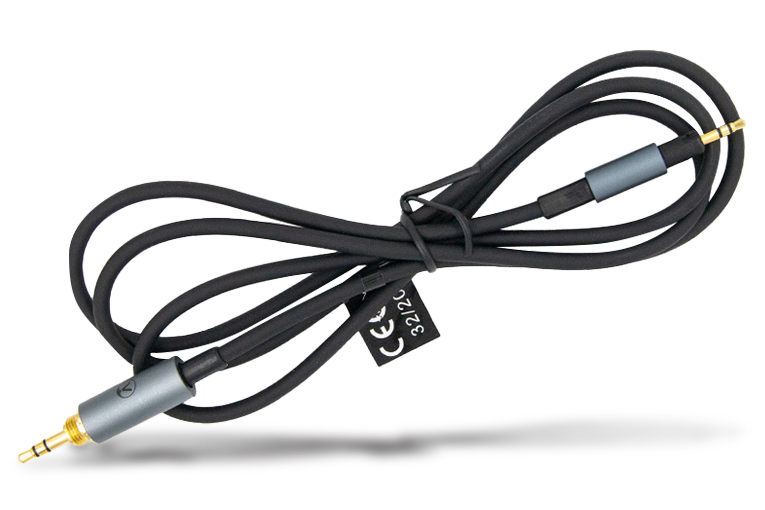 The Hi-X65s’ earpads are pretty firm and pretty narrow, so they feel a little head-mashing at first. But after about 15 minutes, that sensation was completely gone, and they became some of the most comfortable headphones I’ve worn in quite a while. That’s saying a lot, because the clamping force is definitely on the firm side, which is appropriate for studio headphones since engineers don’t want to have to keep adjusting their headphones as they’re moving from the patch bay to the mixing board to the effects rack and back again, or shaking their head in frustration as the drummer muffs their 23rd take. 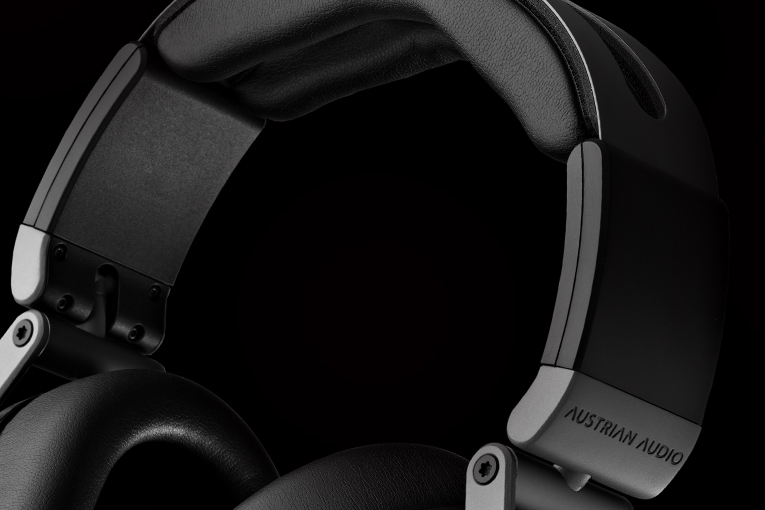 Given the relatively low sensitivity, I worried that the Hi-X65s might not hit high volumes if plugged straight into my Samsung Galaxy S10 phone, but they did. Still, as I usually do with high-end headphones, I did most of my listening with the AudioQuest DragonFly Cobalt DAC-amplifier.

I listened to a lot of different tunes through the Hi-X65s before I put on Tracy Chapman’s “Fast Car” (Tracy Chapman, 16-bit/44.1kHz FLAC, Elektra/Qobuz)—a song I usually like to save for comparisons between different headphones. But I felt like I had to go to a super-familiar recording to settle the question that had popped into my mind: are these things really this flat?

Turns out they are—in general, but with some exceptions. I heard a couple of colorations—mainly an upward tilt, with the treble dialed up a tad and the bass attenuated a bit, plus maybe even a little added kick on top of that in the lower treble, maybe around 3 or 4kHz. But by and large, it’s a pretty neutral sound. I heard a little extra emphasis in the upper harmonics of Chapman’s voice, the acoustic guitars, and the snare, but it was pretty subtle—like I’d used a tone control to shelve up the treble a dB or two. The bass was tight and well-defined with no apparent resonances or boom, but it seemed a few dB down from what I’m used to hearing—although still a few dB up from what I hear with the trebliest headphones. 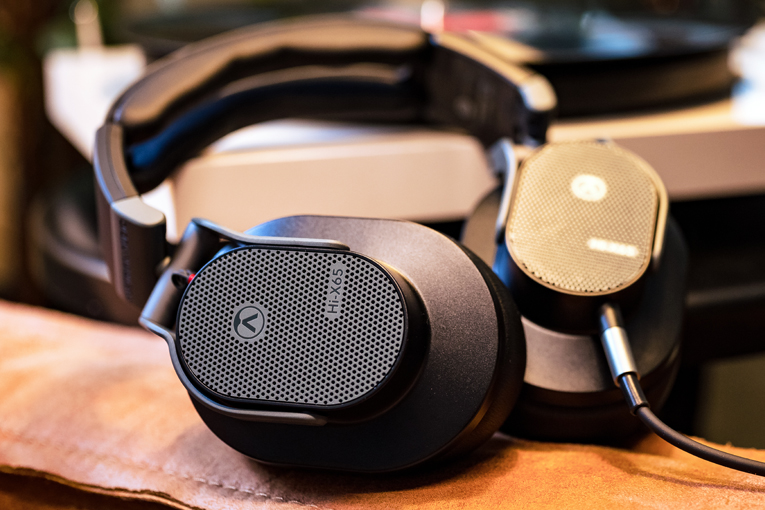 The Hi-X65s’ sound worked well on more delicate instrumental music, too, such as tenor saxophonist Andrew Zimmerman’s “The Bay Area,” from the collection Newvelle Blue that’s on Qobuz for a limited time (24/88.2 FLAC, Newvelle Records / Qobuz). The sense of space and detail on this excellent sax, piano, and double bass recording was pretty spectacular through the Hi-X65s, with a realistic “live in the studio” ambience that perfectly suited the music. I don’t know exactly how this recording’s supposed to sound, but I’d guess the headphones’ double bass reproduction was pretty close to spot-on, although to my ears, the piano and the tenor sax sounded just a dB or two on the bright side—a subtle emphasis, rather than the “detail shoved in your face” sound that some audiophile-oriented headphones produce.

I’ve reviewed some headphones and earphones that were intended for bassists and drummers—to emphasize the sound of their instruments versus all the others. But listening to Hilary Hahn’s performance of the third movement, “III. Moderato. Allegro moderato,” from Prokofiev’s Violin Concerto no. 1 in D Major, op. 19 (Paris, 24/48 FLAC, Deutsche Grammophon / Qobuz), I actually thought, “These kind of sound like they were designed for violin players.” The headphones highlighted Hahn’s violin against the orchestra as if she’d stepped out onto a runway at the front of the stage, Rolling Stones-style. But the various instruments in the orchestra all sounded clear and vivid, and I got a nice sense of how the (apparently rather small) performance hall sounded. I could have used a few dB more bass, though—it sounded like a couple of the players in the double bass section didn’t show up for the recording, and Hahn and the rest of the strings decided to punish them by playing extra loud. 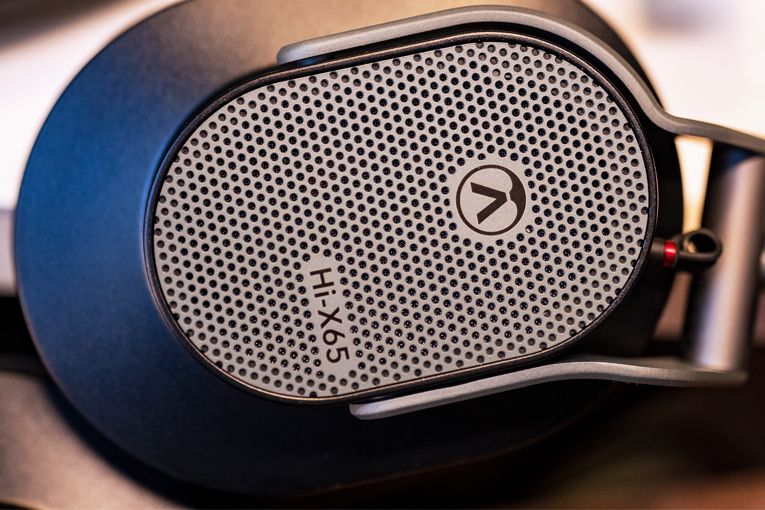 I ended up liking the Hi-X65s more for music where the groove isn’t as important as the vocals. Joshua Henry’s “Possible” (Grow, 16/44.1 FLAC, BMG/Qobuz) is somewhere in between—Henry’s irresistible neo-soul vocals over an old-school R&B vibe. Henry’s voice, the backing vocals, the electric guitar, and the tambourine all sounded super-clear through the Hi-X65s. But I’m fairly certain this tune would sound its best with a few dB more bass than the Hi-X65s offered.

All of these headphones are good and enjoyable to listen to, but they all present their own take on the music. For example, on “Good Time Charlie’s Got the Blues,” from Holly Cole’s Night album (16/44.1 WAV, Tradition & Moderne), the Hi-X65s gave me the least bass, although the bass was nicely defined and not in any way boomy or resonant. That lower-mid-treble peak I noted before was apparent, making Cole’s voice sound a little bright. The Sivga P-IIs sounded the opposite, giving me the bassiest, softest, most relaxed presentation.

The Beyerdynamic DT 900 Pro X and AKG K371 headphones sounded similar to each other—both subjectively flatter and more neutral than the Austrian Audio and Sivga models. The DT 900 Pro X headphones seemed to give my ears a broader, subtler push in the lower-mid-treble than the Hi-X65s seemed to, and the K371s seemed the flattest and most accurate of all, needing, to my ears, only about an extra dB or two of bass to be spot-on. But perhaps my impression was slanted by the fact that I recorded my recent album using the K371s and the very similar-sounding JBL 305P MkII studio monitors.

The Austrian Audio Hi-X65s are about as ruggedly made as headphones get, and definitely among the most comfortable headphones I’ve tried, outside of the big audiophile jobs with the fat, super-plush earpads. The Hi-X65s sounded good overall, but they do seem to have what’s often referred to as a “presence peak,” which brings out vocals (and violin!) more, and they definitely are not for bassheads. I expect they’ll develop a following among listeners who like a tight, precise sound that amps up the detail a bit.